The number of foreign visitors to Japan in 2018 topped 30 million on Tuesday, marking an all-time record on an annual basis, as the country attracted a high proportion of travelers from its Asian neighbors, the Japan Tourism Agency said.

The figure, eclipsing the previous record of 28.69 million set in 2017, is expected to reach around 31 million by the end of this year, although the pace of increase slowed after a number of natural disasters, including earthquakes and torrential rains, hit the country this summer, agency officials said.

With a 30 millionth visitor expected Tuesday, a ceremony was held at Kansai International Airport in Osaka, the main international air gateway to the western Japan region.

Japan is aiming to attract 40 million travelers in 2020 when Tokyo hosts the Olympic and Paralympic Games. To meet the target, the government has eased visa rules, expanded airports for budget airlines and promoted private lodging services to address a shortage of accommodation for tourists.

It is also stepping up efforts to create systems designed to send out more multi-language information at airports and train stations when disasters strike.

"Our goal of 40 million visitors in 2020 is now within our reach," Chief Cabinet Secretary Yoshihide Suga said at a press conference.

Japan first received more than 10 million foreign visitors in 2013. The number exceeded 20 million for the first time in 2016.

Asian tourists, particularly from China, South Korea, Taiwan and Hong Kong, again contributed to this year's increase, with the number of visitors in the first half already reaching about 15.89 million, up 15.6 percent from a year earlier, government data showed. 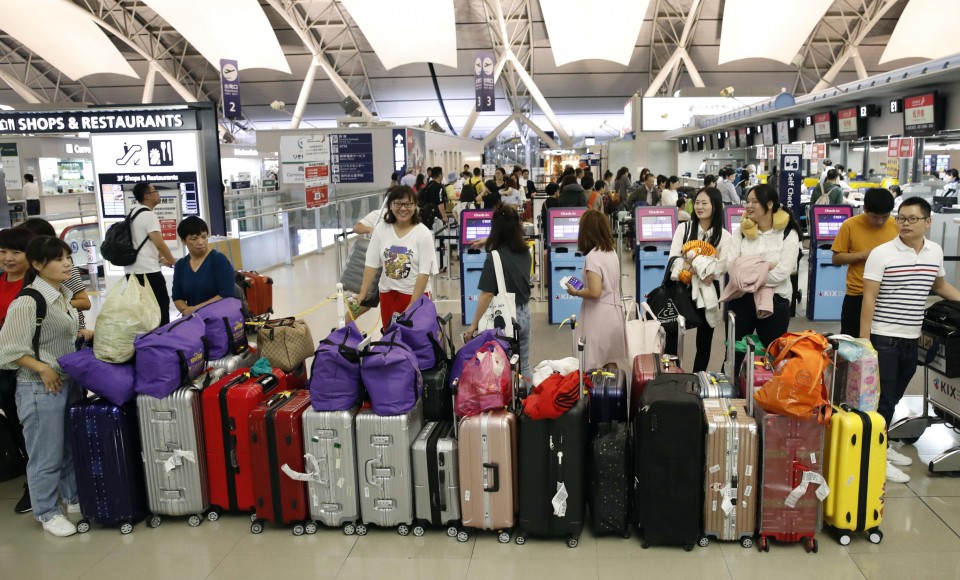 In September, however, the number on a monthly basis dropped 5.3 percent from a year earlier, recording the first contraction since 2013.

The fall was blamed on the magnitude 6.7 earthquake that rocked Japan's northernmost main island Hokkaido on Sept. 6, killing more than 40 people.

Also in September, a typhoon forced the temporary closure of Kansai International Airport. Visitors began to increase again in October.

Many foreign visitors who were affected by natural disasters, including flooding triggered by heavy rains in July and a powerful quake that struck northern Osaka Prefecture in June, have said Japan should provide more information in different languages, particularly concerning transport, in times of emergency.