Villa watched Vissel's 3-2 win over Vegalta Sendai at Noevir Stadium before signing the contract alongside chairman Hiroshi Mikitani, the CEO of online shopping giant Rakuten, which owns the club. The length and terms of the deal were not disclosed.

Villa on Wednesday announced he would leave U.S. Major League Soccer side New York City FC once his current contract expires at the end of December.

"I'm looking forward to the start of next season being with the team," the 36-year-old said in press conference. "I want to get my boots on and score goals as soon as I can." 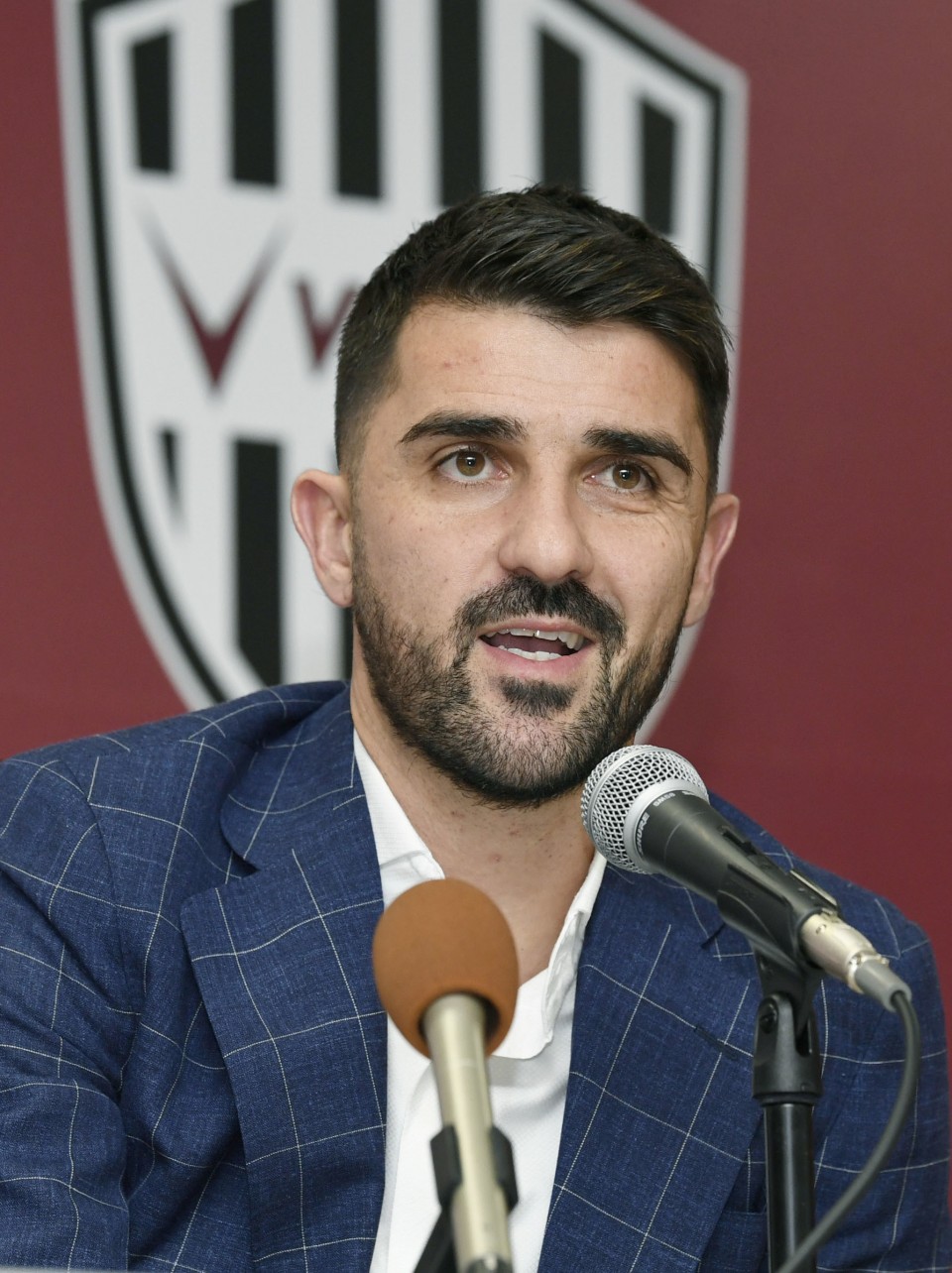 "When making a big decision, whether the club really needs you is an important factor. I felt that right from the start with Kobe and that is one of the reasons (I am joining)," said Villa. "I am also motivated by the idea that I can help the team by taking the soccer I aspire to play and transplanting it."

Villa started his career at Sporting Gijon before stints with Real Zaragoza and Valencia. He joined Iniesta at Barcelona in 2010, where he won the Spanish league twice and the Champions League.

"I spoke to (Iniesta) on the phone when the offer (from Kobe) came. I was left with a positive impression after he told me what a nice place Kobe is, how comfortable it is at the club and about (team) projects," said Villa.

Villa was also a key member of Spain's 2010 World Cup-winning team in South Africa, finishing the tournament as the top scorer with five goals. Villa has scored a record 59 goals for his country.