At the Tokyo District Court, court-appointed lawyers acting as prosecutors said if the three had collected information properly and prepared necessary safety measures it would have been possible to predict the massive tsunami and prevent the disaster.

Tsunehisa Katsumata, 78, chairman of the company at the time of the disaster at the Fukushima Daiichi power plant, and Ichiro Takekuro, 72, and Sakae Muto, 68, both former vice presidents, have pleaded not guilty, arguing the tsunami was unforeseeable and the disaster would have occurred even if they had implemented preventive measures.

A final hearing for the defense will be held next March. 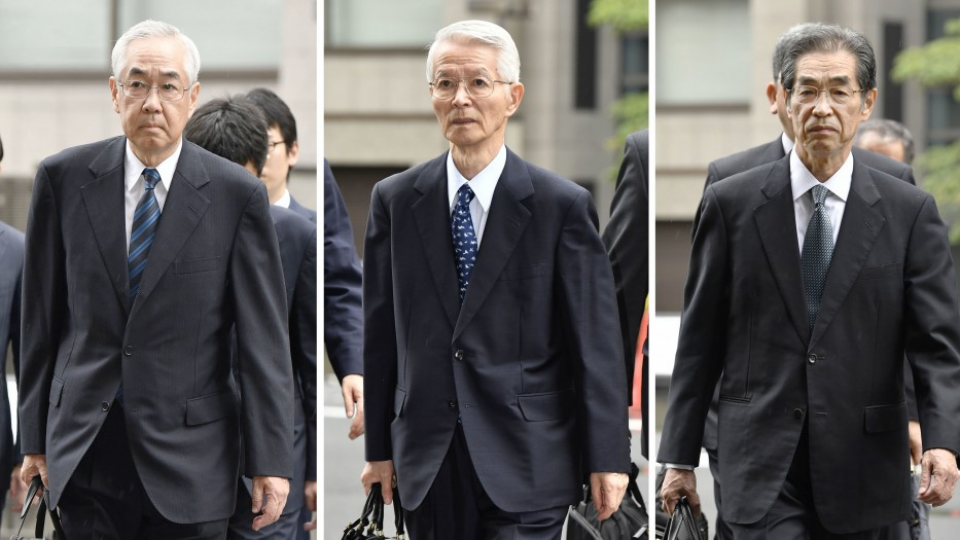 The court-appointed lawyers said it was clear from earlier testimony that the utility had been informed by one of its subsidiaries in 2008 that a tsunami as high as 15.7 meters could hit the plant, but it did not immediately take preventive steps.

"(Muto) prioritized avoiding suspension of the power plant and put off the problem," one of the lawyers said.

The three were charged with professional negligence resulting in death and injury by the court-appointed lawyers in 2016 after an independent panel of citizens mandated indictment.

The former executives have been indicted for the deaths of 44 people, including patients forced to evacuate from a hospital, as well as injuries suffered by 13 people, including Self-Defense Forces members, resulting from hydrogen explosions at the plant.

A total of 34 hearings have been held since last June, during which 21 witnesses, ranging from current and former TEPCO officials to earthquake and tsunami experts, were questioned.

On March 11, 2011, the six-reactor plant located on the Pacific coast was flooded by tsunami waves triggered by a magnitude 9.0 quake, causing the reactor cooling systems to lose their power supply. The Nos. 1 to 3 reactors subsequently suffered fuel meltdowns, while hydrogen explosions damaged the buildings housing the No. 1, 3 and 4 units.

As a result of the nuclear crisis, the worst since the 1986 Chernobyl disaster, around 160,000 people were evacuated at one stage, with more than 30,000 of them still displaced as of late November.