Organizers of the 2020 Tokyo Olympics and Paralympics released a third games budget on Friday with spending remaining at 1.35 trillion yen (about $12 billion), the same as outlined last year.

While an extra 20 billion yen was added in transportation, food and beverage, administrative and public relations expenses as the plan was finalized, a provisioned "adjustment cost" was reduced to rectify the overage. 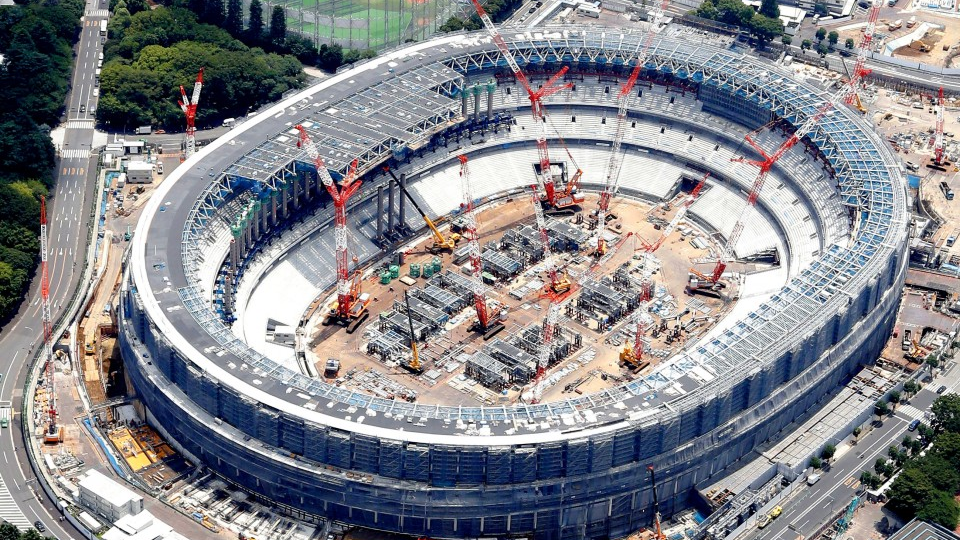 Organizers were unable to reduce the total budget but said they may be able to cut costs in the future by reviewing the quantity and other aspects of fixtures at the athletes' village.

To cover the 1.35 trillion yen, it had been earlier agreed that the Tokyo Metropolitan Government and the organizing committee would shoulder 600 billion yen each, with the central government's burden being 150 billion yen.

"With less than 600 days to go until the games, we are finally entering a fully-fledged implementation phase," Tokyo 2020 President Toshiro Muto said.

"As many aspects of the games have become more detailed, Tokyo 2020 has seen increases in some new areas but has successfully reduced expenditures in other areas, resulting in the updated budget remaining the same as the previous version."

The transportation cost is based on the number of vehicles needed for games personnel, and the transit plan includes reimbursement of up to 1,000 yen per day for volunteers. Additional expenditures cover the cost of food refrigeration to comply with safety provisions.

The organizing committee will finance their end privately through contributions from the International Olympic Committee, sponsors, licensing and ticket revenues. Organizers are currently focused on acquiring sponsors amid a substantial marketing campaign in order to reach their revenue goal of 10 billion yen.

In addition to the unknown cost of hosting events and the Opening and Closing Ceremonies, new expenditures are expected in an effort to reduce the risk posed to athletes, spectators and workers by Tokyo's extreme summer heat.

With 35 billion yen remaining in adjustment costs, however, organizers plan to optimize the budget to keep costs within the current framework.

"There is still a lot of work to be done to control expenditures, but with the cooperation of the IOC, Tokyo 2020 will continue to make best efforts to maximize revenues, contain costs and keep its budget within 600 billion yen," Muto said.

The initial price tag for the games announced in December 2016 was 1.5 trillion yen, excluding reserve funds. In the second version, organizers and the city of Tokyo cut 35 billion yen from the amount agreed in May 2017.