A prominent medical university in Tokyo, which recently admitted setting higher hurdles for female applicants in entrance exams, is now being criticized for the reason it gave for its gender discrimination.

Juntendo University, which received the Tokyo metropolitan government's top award this year for its contribution to female empowerment, acknowledged the unfair treatment at a press conference earlier this month but said it had considered the practice a measure for narrowing the wide gap between the abilities of men and women.

"Women are more mature and have better communication skills than men," a Juntendo official said then, revealing that the university had set different pass scores for men and women for at least the past decade.

Many of the university's faculty members told a third-party panel of lawyers probing the matter that male students tend to catch up with female students in communication skills after joining the university, according to panel members. The panel concluded there is no rationality behind such a view.

"That is far too unjust," said Kiriko Sakata, a social psychology professor at Hiroshima University.

"They are pretending that there are academic grounds (for their practice), but this is nothing more than plain discrimination against women," Sakata said, adding that differences in communication skills are far more related to individual abilities than gender.

Takato Kusakawa, a visiting professor at Teikyo University specializing in teacher training, said the university's reasoning raises another question about the legitimacy of its reliance on brief interviews with applicants in evaluating their communication skills.

"I have doubts about how (Juntendo University) was judging communication skills through short interviews," said Kusakawa.

Having met many students during his career as a teacher in junior high schools and high schools, Kusakawa said he has seen no evidence of a significant gap between men and women in their ability to communicate with others.

"It merely sounds like a selfish value of a male-dominant society," he added. 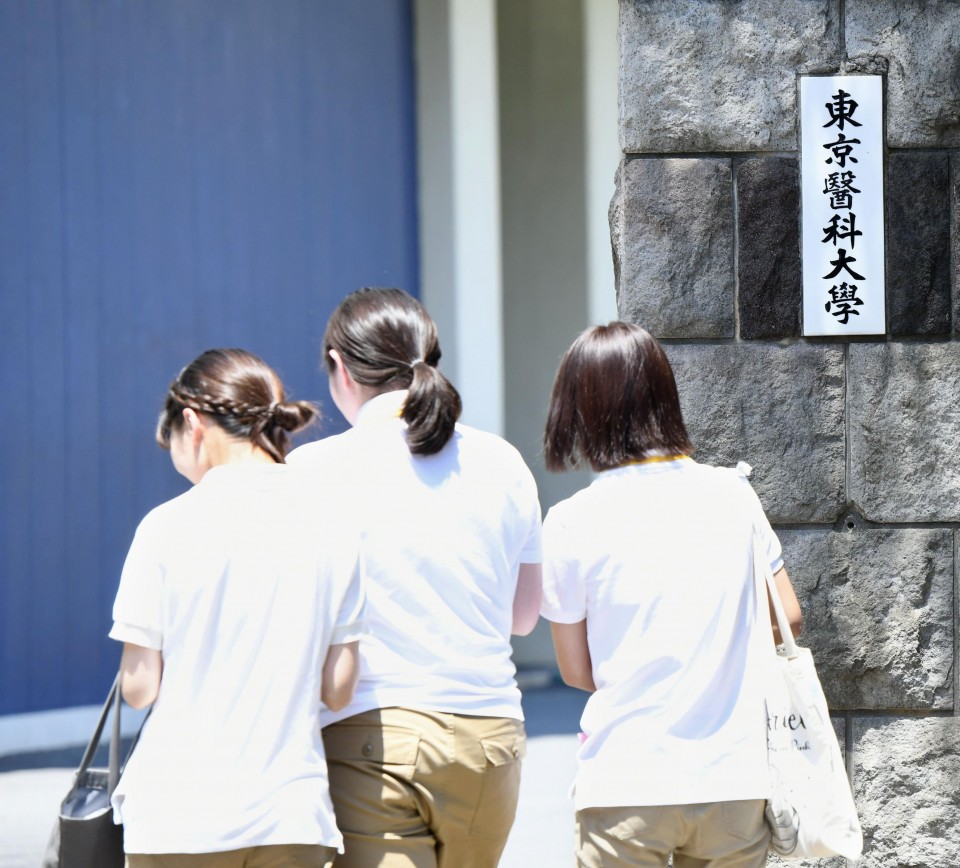 A slew of entrance exam-rigging cases surfaced after Tokyo Medical University admitted in August to gender discrimination and prompted the government to investigate other universities.

The education ministry has concluded that nine institutions, including Juntendo University and Tokyo Medical University, have inappropriately conducted entrance exams, and another was suspected of doing so.

The news of Juntendo's score manipulation came as a surprise in academic circles as its reputation has been growing in recent years by adding highly acclaimed doctors, a significant portion of whom are women, to its faculty.

The number of female professors at its medical department increased to 11 in 2017 from two in 2011. It was one of the main reasons why the Tokyo government selected the university for the female empowerment award.

Rika Kayama, a psychiatrist and popular social commentator, said she finds it odd that people in medicine who agree on the importance of evidence have been engaging in discriminatory practices based on unfounded ideas.

"The discrimination mechanisms at every one of the universities are all alike and it makes you wonder if there has been a tacit agreement between the medical universities" to rig test results, Kayama said.