Twenty-two years after Japan promised to build a replacement for Futenma Marine Corps Air Station (MCAS) in Okinawa, the administration of Prime Minister Shinzo Abe is finally going "full speed ahead" with the so-called Futenma Replacement Facility (FRF). The new airfield will be built on the Marines' Camp Schwab near Henoko in northern Okinawa.

Time to celebrate? Not quite. All this former Marine sees is reduced operational capability and squandered opportunities to enhance the Japan-U.S. military relationship -- as Chinese pressure in the region steadily increases. Opportunities to explore alternatives to Henoko were missed.

FRF/Henoko does not replace Futenma's capabilities. Most importantly, the runway is too short. Futenma has a 2,740-meter runway that can handle nearly every aircraft in the inventory. Henoko's runway is only 1,190 meters. So while it can handle STOVL and VSTOL fixed-wing aircraft such as the F-35B and AV-8 Harrier, along with helicopters, it is basically just a big "heliport."

Size also matters during contingencies, when extra space is needed for aircraft and personnel. FRF compares poorly with Futenma on this score, and contingencies are more likely than ever in East Asia. 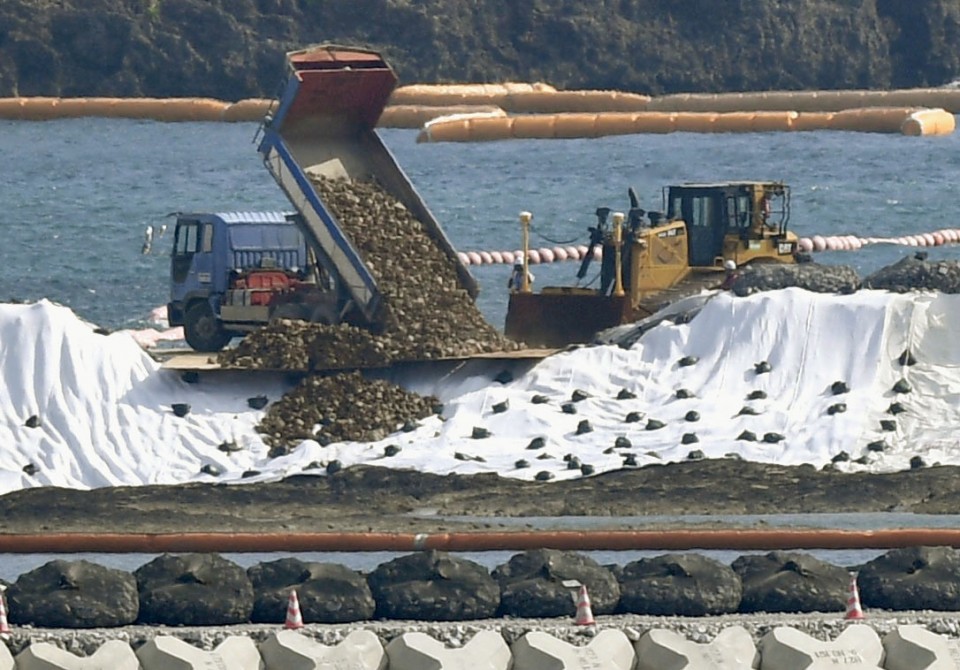 (Soil and sand are dumped at a landfill site in the Henoko coastal area of Nago, Okinawa Prefecture, on Dec. 14, 2018, as the Japanese government pushes ahead with full-fledged offshore reclamation work necessary for the relocation of the Futenma base to the area.)

Indeed, MCAS Futenma is designated as a United Nations base for use with Korean Peninsula operations -- which will require larger, fixed-wing aircraft that Henoko cannot handle. This capability goes away.

FRF's second major shortcoming is being a U.S.-owned base -- for exclusive use by American forces. All U.S. bases should be Japanese-owned and jointly utilized -- as is successfully done at Iwakuni, Atsugi, and Misawa. When Japanese and U.S. forces live and work together, they become closer and more useful allies. This also defangs the argument the Americans are "occupiers."

Moreover, the Japanese Self-Defense Forces will appreciate getting some benefit from FRF -- since they view funding for Henoko as money they do not get.

And Futenma is also the only airfield in Okinawa that is well above sea level -- a nice feature when a tsunami hits.

One always hoped Prime Minister Shinzo Abe would declare the regional security situation to be much more dangerous than in 2005 when the Henoko deal was reached -- and then order the Ministry of Defense to develop a better plan and offer it to the Americans.

Instead, for years now, Japanese and American officials chant the mantra: "There is no alternative to Henoko." Not so.

The alternative? Former Marine civilian adviser Dr. Robert Eldridge's "Katsuren Plan" -- calling for multiple 3,000-meter runways and plenty of space off the Katsuren Peninsula, not far south from Henoko and near the U.S. Navy amphibious base at White Beach. It would also be Japanese-owned and a joint base -- shared by American and Japanese forces.

And it would be built on a "dead" reef -- while the Henoko "heliport" destroys a living reef and some world-class scenery.

Unfortunately the feasible Katsuren Plan was coherently proposed shortly after Japanese and American officials agreed on Henoko. Thus, the Katsuren Plan would forever be "too difficult." That's bureaucrat-ese for "requires some extra effort."

In fairness, the U.S. negotiators might have consented to the Henoko plan out of sheer frustration with Japanese negotiators being as stubborn as North Koreans.

And they weren't helped by the ineptitude of Headquarters, U.S. Marine Corps in Washington that studiously ignored advice provided by Marine Forces Pacific regional headquarters.

No responsible central government can allow a tiny prefecture with less than 1 percent of the nation's population to determine national security. And trouble is coming to the Ryukyus -- like it or not. China has staked its claim -- not just to the Senkakus -- but also to the entire island chain.

But do you need Marines with their rapidly deployable amphibious capability in the Ryukyus? Better to ask the Chinese. There's a reason the People's Liberation Army is reportedly increasing its Marine force from 14,000 to 100,000 -- available for deployment region-wide -- and all within a short distance of the Ryukyus.

So there's at least one Marine who isn't celebrating on Dec. 14. The best one can say is that Henoko is better than nothing.

Once Henoko is finished, perhaps post a sign over the main gate: Camp Schwab Marine Corps Air Station: "Sorry...We Should Have Done Better."

(Grant Newsham is a Senior Research Fellow at the Japan Forum for Strategic Studies with a particular focus on Asia-Pacific defense and political and economic matters. He is a retired U.S. Marine Colonel and was the first U.S. Marine Liaison Officer to the Japan Ground Self-Defense Force.) 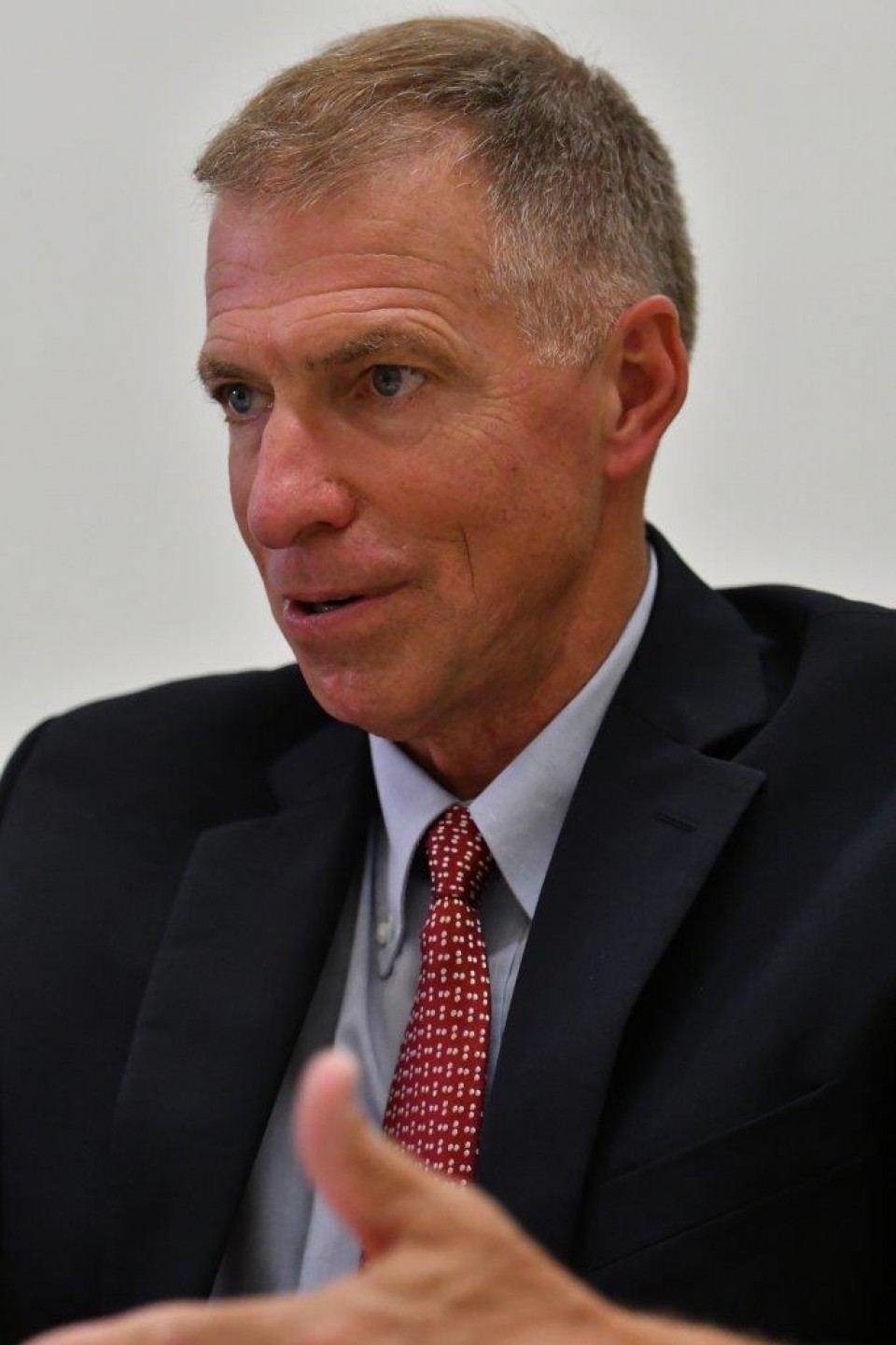