Nissan Motor Co. Chairman Carlos Ghosn was arrested Monday on suspicion of understating his salary in Japan by 5 billion yen ($44 million), Tokyo prosecutors said, dealing a serious blow to the automaker that was saved and driven to growth path by the charismatic executive.

The 64-year-old executive, who is also chairman and CEO of Renault SA and chairman of Mitsubishi Motors Corp., is alleged to have understated his salary over five years from 2011.

Nissan said in a statement that a months-long internal probe, triggered by a whistleblower, found that Ghosn, falsified reports submitted to the Tokyo Stock Exchange and had committed other "significant acts of misconduct" including misusing company funds for personal purposes. 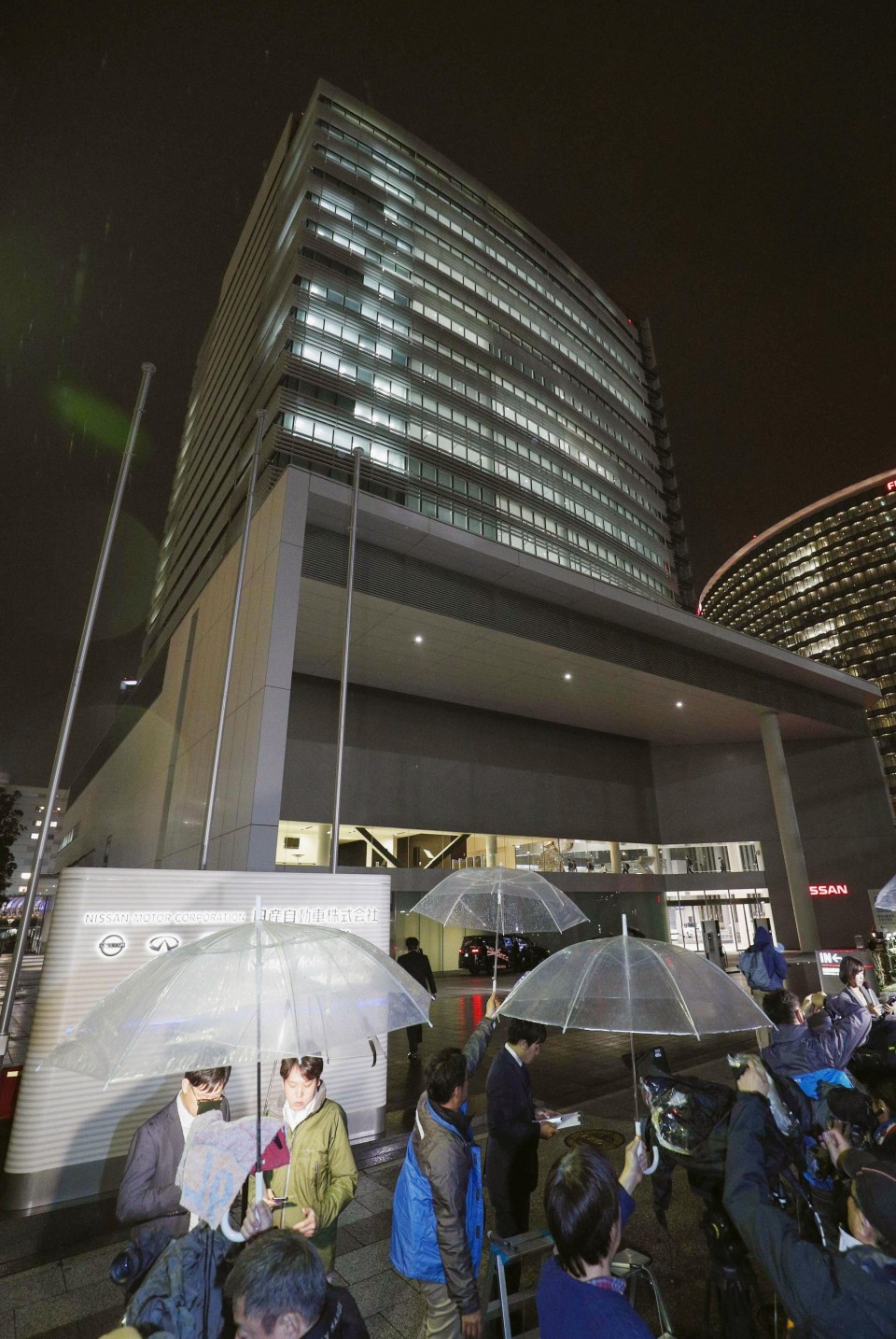 (Journalists gather in front of Nissan's headquarters in Yokohama)

Tokyo prosecutors believe Ghosn's underreporting of his remuneration constitutes a violation of the Financial Instruments and Exchange Act, a crime carrying a punishment of up to 10 years in prison, a fine of up to 10 million yen, or both.

They have already raided Nissan's headquarters in Yokohama, near Tokyo, as part of the investigation.

Kelly had "deep involvement" in the misconduct, Nissan said, adding it will fully cooperate with the investigation.

Renault stocks plunged more than 10 percent after news of its CEO's arrest broke. A company official declined to comment. 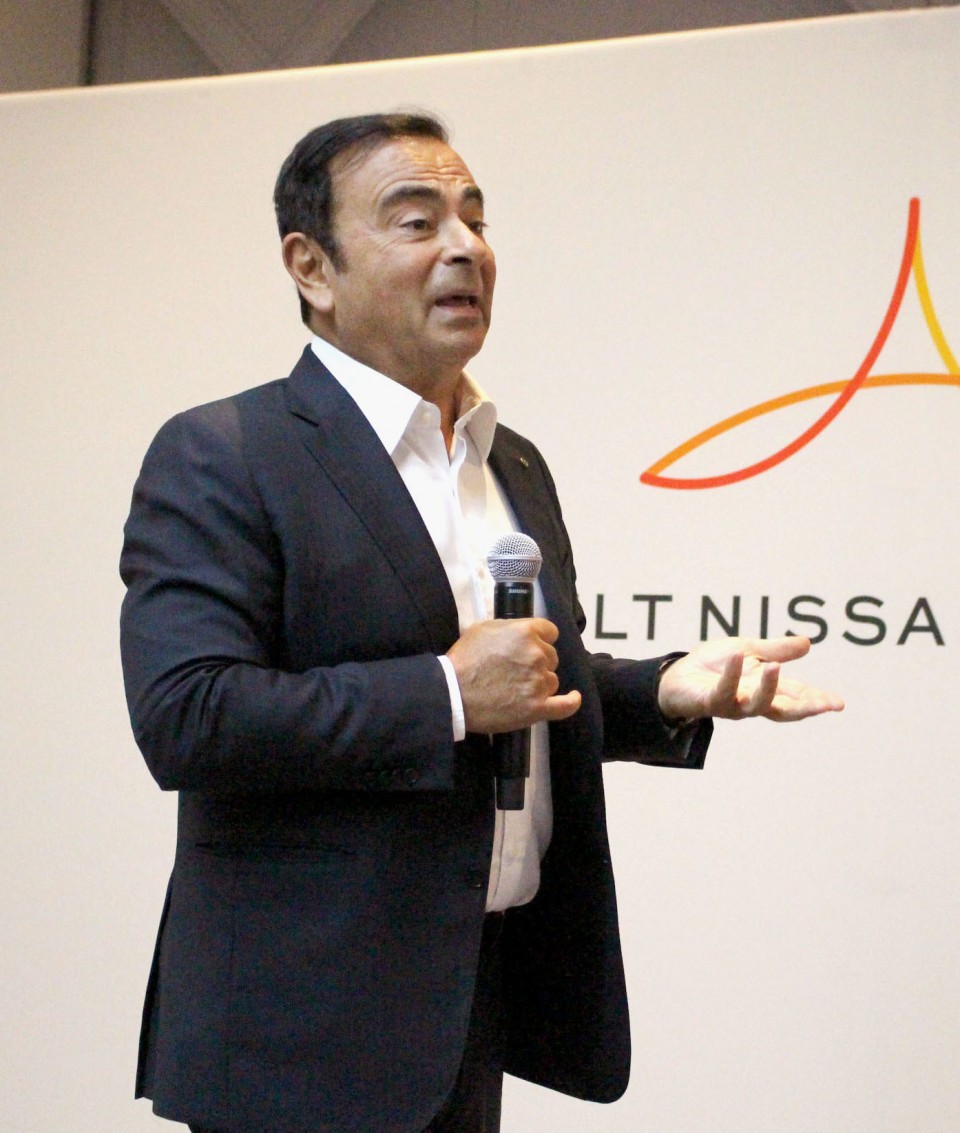 Holding a reputation as an aggressive cost-cutter, Ghosn became chief operating officer of Nissan in 1999 to lead the Japanese carmaker's turnaround under a capital alliance with Renault.

He became the president of Nissan in 2000, shocking the Japanese business world by spearheading a recovery through plant closures and other drastic restructuring measures.

His management style stood out in the Japanese business world for his focus on numerical "commitment" targets and severe reforms.

Under his nearly two-decade tenure, Nissan moved away from conventional practices in the Japanese auto industry. For instance, it negotiated aggressively with steelmakers to lower steel sheet purchase costs, triggering fierce competition among major steel companies.

Ghosn, who was born in Brazil and holds French citizenship, assumed the post of CEO at a shareholders meeting in June 2001, at which time he said he would stay at the helm until Nissan's full recovery.

He became Renault's CEO in 2005, pressing for further streamlining through joint procurement and development under the Nissan-Renault alliance.

After Mitsubishi Motors' sales plummeted in the wake of fuel data manipulation scandal, Nissan took control of the smaller Japanese automaker in 2016 by purchasing a big equity stake.

But he remained out of the spotlight last year when Nissan was forced to recall more than 1 million vehicles after it was found to be using unqualified inspectors to carry out checks at its domestic factories.

Then-Executive Vice President Fumiaki Matsumoto resigned over the scandal, while Saikawa and other executives took a pay cut.

In the first half of 2018, the alliance formed by Nissan, Renault and Mitsubishi Motors became the world's largest auto seller, outselling Volkswagen.

The alliance sold 5.54 million vehicles worldwide in the first six months, up 5 percent from the same period last year, according to data from the three companies.

The figure outstripped the 5.52 million vehicles sold by the Volkswagen group, the world's largest automaker for two consecutive years through 2017. The group includes the Audi and Porsche brands.