Rugby: Leitch's brace saves Japan as they fight back to beat Russia

Japan captain Michael Leitch saved his side's blushes Saturday as his second try of the game sealed a 32-27 win over Russia at Kingsholm Stadium.

The 30-year-old flanker reacted quickest to the bounce of the ball following a clever kick from Yu Tamura to power over eight minutes from time in what was a dress rehearsal for the opening game of next year's Rugby World Cup in Japan.

Coach Jamie Joseph -- whose side are grouped with Ireland, Scotland, Russia and Samoa in Pool A -- has said he wants Japan to reach the quarterfinals of the World Cup. But Saturday's game hardly inspired confidence, though credit should be given to Lyn Jones's side for the way they stuck to their rather limited game plan. 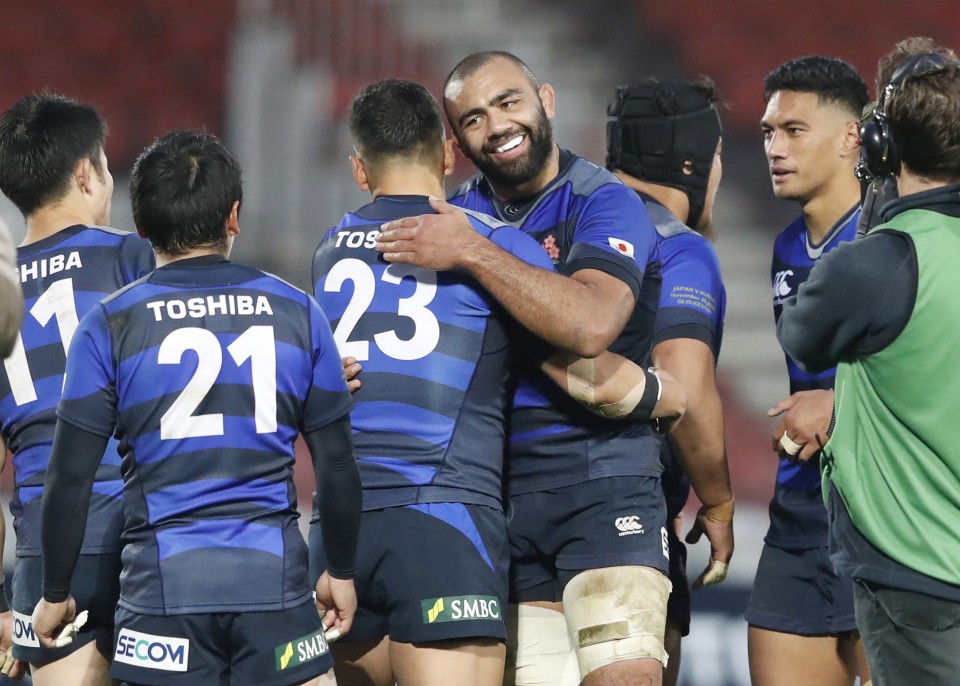 The Brave Blossoms were unrecognizable from the same team that had a week earlier led England at halftime.

Outpowered up front, the first half saw them give up a plethora of penalties and waste what little possession they had. And only some quick thinking from Leitch, who caught the Russians napping at a penalty five meters from their line, prevented Jones' side from building a sizeable lead at the break.

Yury Kushnarev kicked three penalties, Ramil Gaisin added a further two while Masakatsu Nishikawa was in the sin bin and Vladimir Ostrushko accepted a gift of a pass from Japan fullback William Tupou to make it 22-10 at the break.

Rikiya Matsuda kicked a penalty for Japan and like most at the ground was probably thinking he was going to add a second in the 31st minute after Russia were penalized close to their line. But Leitch had other ideas, tapping the ball and taking three Russians with him over the line. 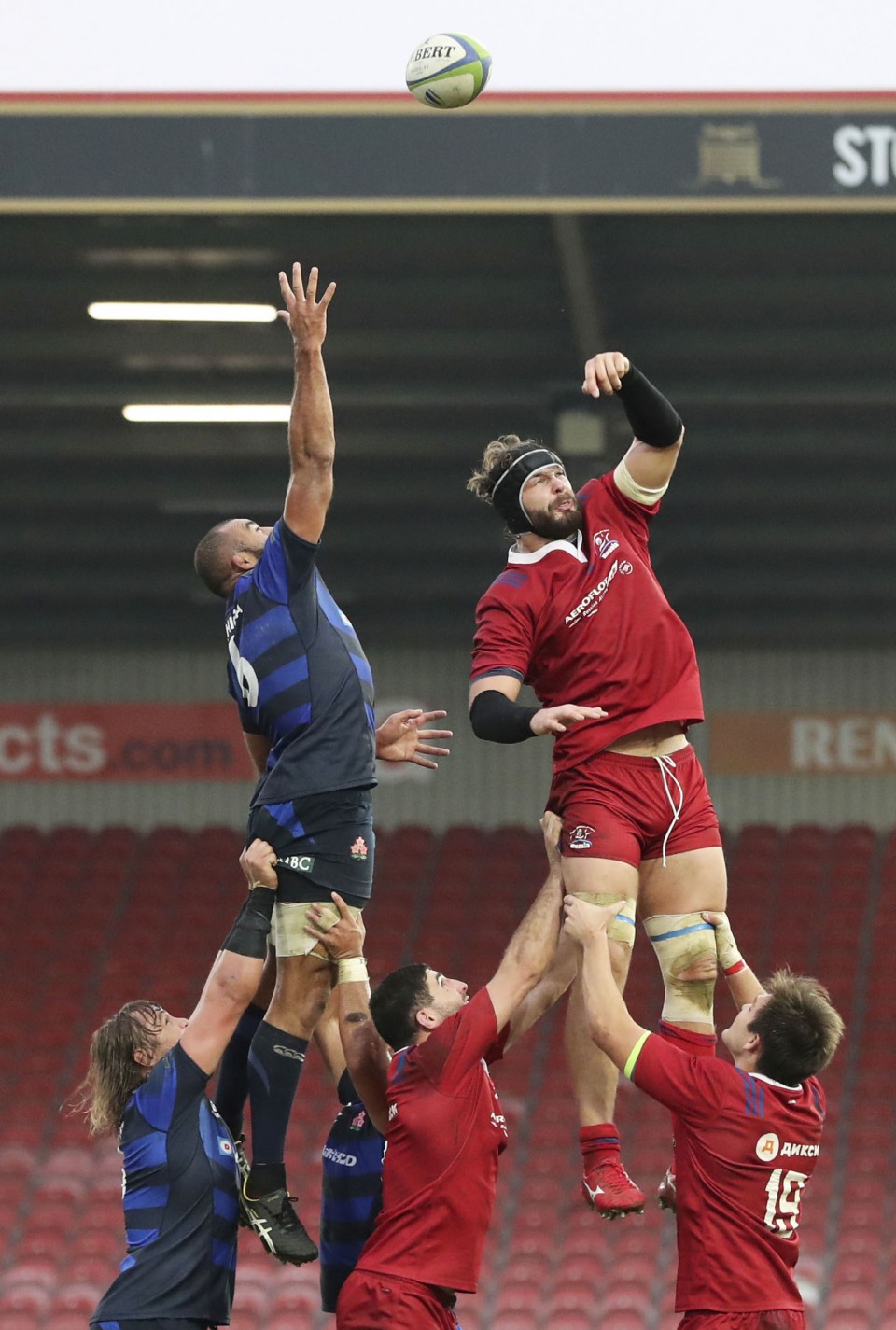 "They were simple in their approach and although we prepared for it we struggled in the first half," said lock Kazuki Himeno.

"We expected them to come out attacking us early on and that's what they did. We conceded penalties in defense and couldn't show what we can do in attack."

Joseph said the team's leadership group took responsibility at halftime and their message had an instant effect as Kenki Fukuoka crossed four minutes into the second stanza.

The wing started it off with a tackle that forced a turnover and then three phases later used his pace to finish things off.

A superb 55-meter solo effort from Hendrik Tui in the 56th minute gave Japan the lead for the first time. But Russia responded immediately with Stanislav Selskiy benefiting from a kick pass from Gaisin.

However, with Japan's bench having more of an impact than it did last week, it was the Brave Blossoms who finished strongest with replacement flyhalf Tamura bringing the sides level with a penalty before setting up Leitch for the decisive score.

"We knew we could win if we did what we had to, reduce the infringements and adjust to the refereeing. We were on the same page on that," said Fukuoka. 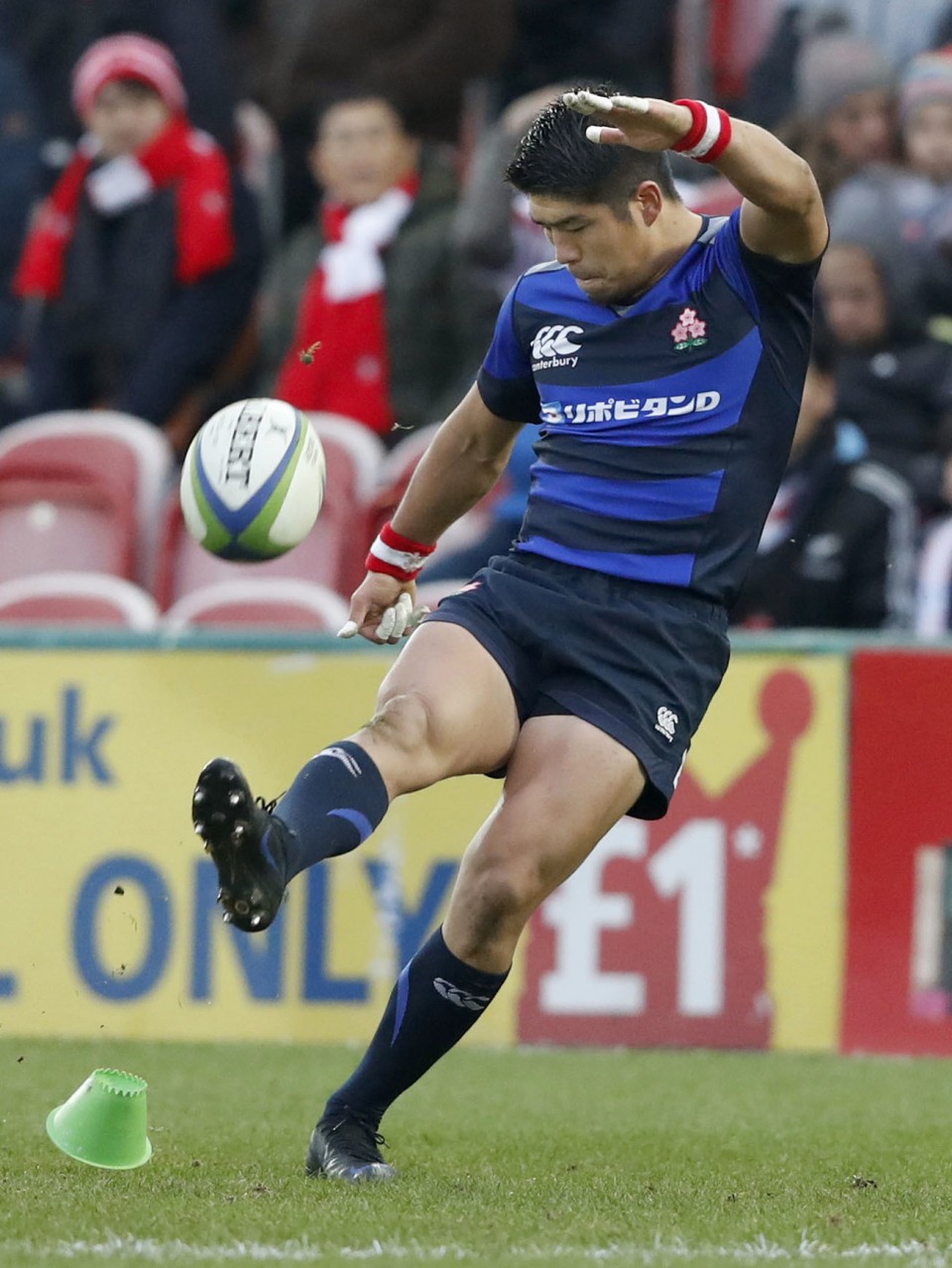 "We got the momentum back in the second half but we have to have a hard look at ourselves on the fact we kept playing the same way for the first 40 minutes."

Joseph admitted his side hadn't made it easy for themselves and put a positive spin on the result, saying the key was cutting out the mistakes and penalties that had plagued the first half.

"We knew the Russians would be waiting for us physically and they didn't disappoint. They played very well for the full 80 minutes. To come back and win that in the second half is a sign of our development as a team. I'm not sure that's a game we would have won a year ago."

The two sides next meet on Sept. 20 next year at Tokyo's Ajinomoto Stadium, in the first of the 48 games at Rugby World Cup 2019.