When in-demand mature-age model Anna Yuki reached her personal "do-or-dye" moment, she chose gray hair over the color bottle and graceful aging over the pursuit of youth.

"No more highlighting and disguising the gray hair," Yuki told Kyodo News in a recent interview.

To the silver foxette who started modeling as a 15-year-old, the fact that she still gets work in the youth-dominated industry at the age of 63 is more surprising than the trend that sees young Japanese women prematurely dyeing their hair shades of gray. 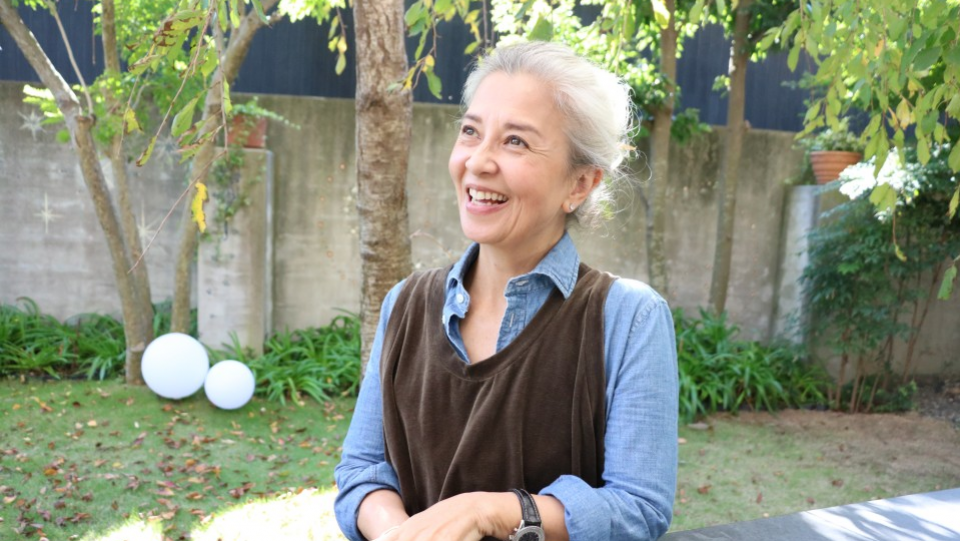 It may be an emotional topic, but like many of her famously gray Hollywood counterparts, Yuki is open about her love for natural hair color and what it symbolizes.

"I think it's a global trend. We may have gray hair but we're still women. We want the world to know we exist. I don't understand why it has to become a trend for us to be accepted, but it's positive to see people accepting themselves," Yuki says.

"Women regain confidence when they see us in the media with our natural hair color. They see that people with gray hair can have fancy lifestyles. They see that aging and fear don't go hand in hand, and 'you don't look your age' isn't the only compliment (you get)."

Since ancient times, people have tried to mask gray hair by turning to methods like coloring and henna. Yuki was no exception. But one day, after decades of dyeing, she asked herself: why am I doing this?

Yuki, whose father is Japanese and mother is from Sweden, moved to Japan in her mid-teens with her family. Her happy-go-lucky and outspoken nature may be partly due to her dual ethnicity, but Yuki draws her identity from diversity.

"I'm Japanese-Swedish. I'm not one or the other, but two in one. I received American education (in Tokyo) so there's a mix of American in me too. I'm not from one single place," Yuki says.

Yuki was in her late 30s when she spotted her first few strands of gray, and admits it wasn't a welcome sight. By the time she got to her mid-40s, she was tired of spending precious hours and bags of money at salons.

It occurred to her that dyed hair didn't suit her facial features. She would wear clothes that matched her hair color, so everything started looking fake and unnatural. Instead of seeking a remedy, she found the silver lining.

"Once I ditched the dyes and stopped covering the grays, it quickly became a fashion statement. There were the naysayers who would warn me that gray hair adds 10 years to your looks, but I didn't care."

People are embracing gray for different reasons -- because they're brave, they're rebellious, sick of the toxins in hair dye, or tired of fighting the regrowth by panicking, plucking or rushing to the drugstore. 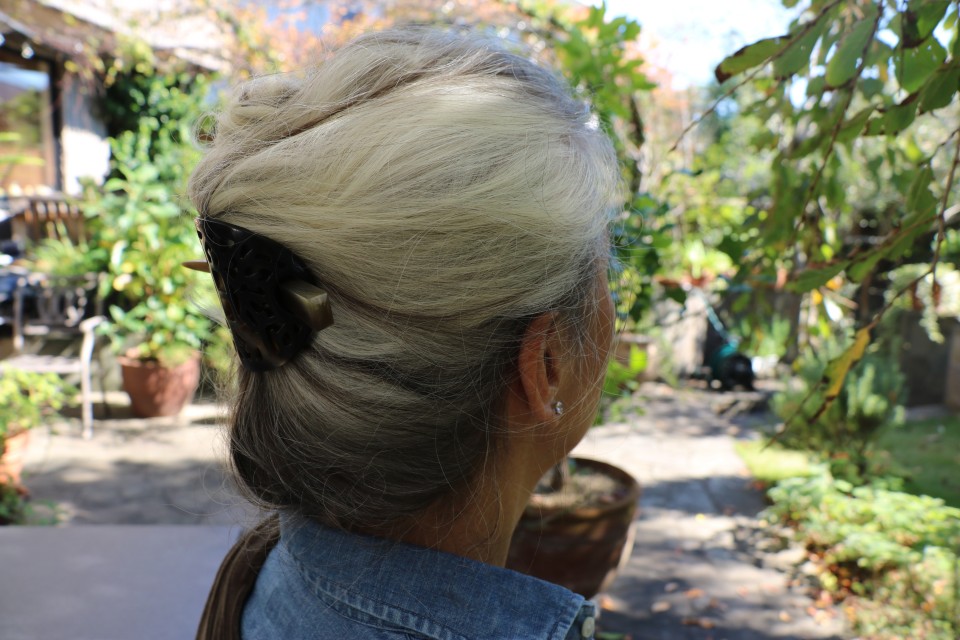 Despite gray hair still being considered taboo for women, especially in business and for those under 60, Yuki is not giving in to the pressure to conform. She is embracing life as it comes, wrinkles, gray hair and all.

In the past 20 years since her hair color transformation, Yuki has used the time she would have dedicated to a revolving salon chair for higher purposes -- looking and acting her own age.

And the good news is her husband, Koichi Iwaki, celebrated her newly silver hair, the actor and racing car driver himself leaning into the salt-and-pepper look, which has only added to his allure.

"We got lucky in that our hair turned gray about the same time. We looked good together as a couple," she says.

It may now be acceptable, or even desirable, for a woman to sport gray hair, but how did the trend start?

"My guess is that people from my generation were feeling the same way about wanting to redefine beauty standards," Yuki says.

It wasn't just her husband but the media and beauty bloggers who welcomed her aesthetic choice. Gray hair has recently become a talking point, with celebrities like Ariana Grande and Lady Gaga showing off platinum locks.

Not only is Yuki an author of books on slow living and how to live ethically, but she is also a social media influencer. She shows her 34,000 Instagram followers how to look effortlessly chic in such a way that makes them want to jump on the bandwagon.

As in other countries, but particularly in Japan, women turn to conservative fashion as they age, but Yuki acts as a gray hair ambassador, showing the world that one's lifestyle doesn't have to be governed by age, but by values.

After enjoying a taste of stardom through appearances in television commercials and fashion magazines, Yuki took a break from the camera as she focused on being a wife and mother to her and Iwaki's only daughter.

But having made her on-screen comeback in her 60s, when most people start thinking about retirement, she is now eagerly making up for lost time by accepting every job offer that comes her way, and ensuring along the way she represents "real women."

Welcome rather than dread the aging process, Yuki suggests. To her, graying is just a friendly reminder that you're aging like fine wine. It's not a sign that you have given up.

She jokes that her deteriorating eyesight means, as far as she is concerned, that she has no bad hair days.

Today, she has unshackled herself from the color bottles and never-ending salon appointments, only making trips to the hairdresser once or twice a year. Along with Iwaki, she lives in a luxury home with a manicured yard and a newly adopted rescue dog.

She hasn't embarked on a gray hair revolution. She has gathered strength and wisdom over the years, and no longer fears aging nor the grayness that comes with it. It may not be the most popular choice, but one that was right for her.

"If you're not up to the full gray hair commitment, that's fine. Some choose to go gray artificially, which is fine too. It's your life, and life is full of choices. The choice of going gray is all yours."