New Sunwolves coach Tony Brown named an initial 29-man squad Tuesday for the 2019 Super Rugby season, calling it "good enough to push for a place in the playoffs."

The former All Black, who is the side's fourth head coach in as many years, has the benefit of a number of returning players "that allows us to improve on last year and get results going forward."

While a number of established Japan internationals were missing from the list, it is expected the squad will grow considerably once the club and players have waded through the convoluted contract process that exists in Japanese rugby.

"We will run two programs, the Sunwolves and a wider group that will play Super Rugby second XVs," said Japan head coach Jamie Joseph, who has stood down from coaching the Super Rugby team to concentrate on the national side and the larger training group.

As such, around 60 players will eventually be available to the Sunwolves as Brown and Joseph attempt to ensure the best Japanese players are in peak condition by September 2019 when the Rugby World Cup kicks off in Japan. 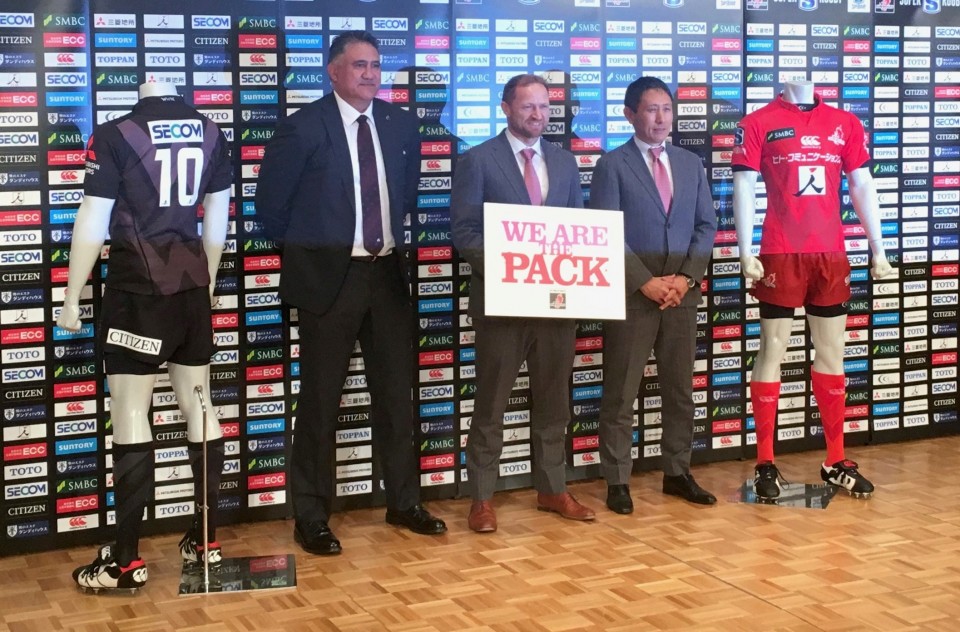 "Japan cannot prepare properly for the World Cup without the Sunwolves," said Joseph, adding that he and his fellow coaches had learnt a great deal from last season when the Sunwolves won three and lost 13 games.

Brown said the team will hold two training camps -- in Beppu, Oita Prefecture, and in Australia -- and will play one warm-up game Down Under before they take on the Durban-based Sharks in Singapore on Feb. 16 in their season opener.

Among the established Japanese players to return to the side are Michael Leitch, Keita Inagaki, Shota Horie, Fumiaki Tanaka and Kazuki Himeno, while Hendrik Tui joins the side having spent three seasons with the Queensland-based Reds.

The foreign-born returnees include Pieter "Lappies" Labuschagne, James Moore and Grant Hattingh -- all of whom hope to become eligible for Japan before the World Cup -- alongside Craig Millar, Jaba Bregvadze, Ed Quirk, Hayden Parker and Michael Little, who will either be watching the World Cup from the stands, or playing for Georgia in Bregvadze's case.

"We want to play Japanese rugby, which is an expansive style with a lot of skill and speed, and which is based around unstructured rugby," said Brown, whose brother Cory joins the side as an attack coach alongside new scrum coach Marty Veale.

"The players we have added are the right players to play our style of rugby and will add to our game, experience and leadership group."

"It is 100 percent crucial the Sunwolves are aligned with Japan in the way we play the game and the players we use, as everything is geared towards the World Cup."

The Sunwolves will play six home games in Tokyo and two in Singapore. Their overseas travels will see them play four games in Australia, two in New Zealand and one each in South Africa and Argentina.