Rick van den Hurk struck out 10 over six innings to pitch the SoftBank Hawks to their second straight Japan Series championship with a 2-0 Game 6 victory over the Hiroshima Carp on Saturday. 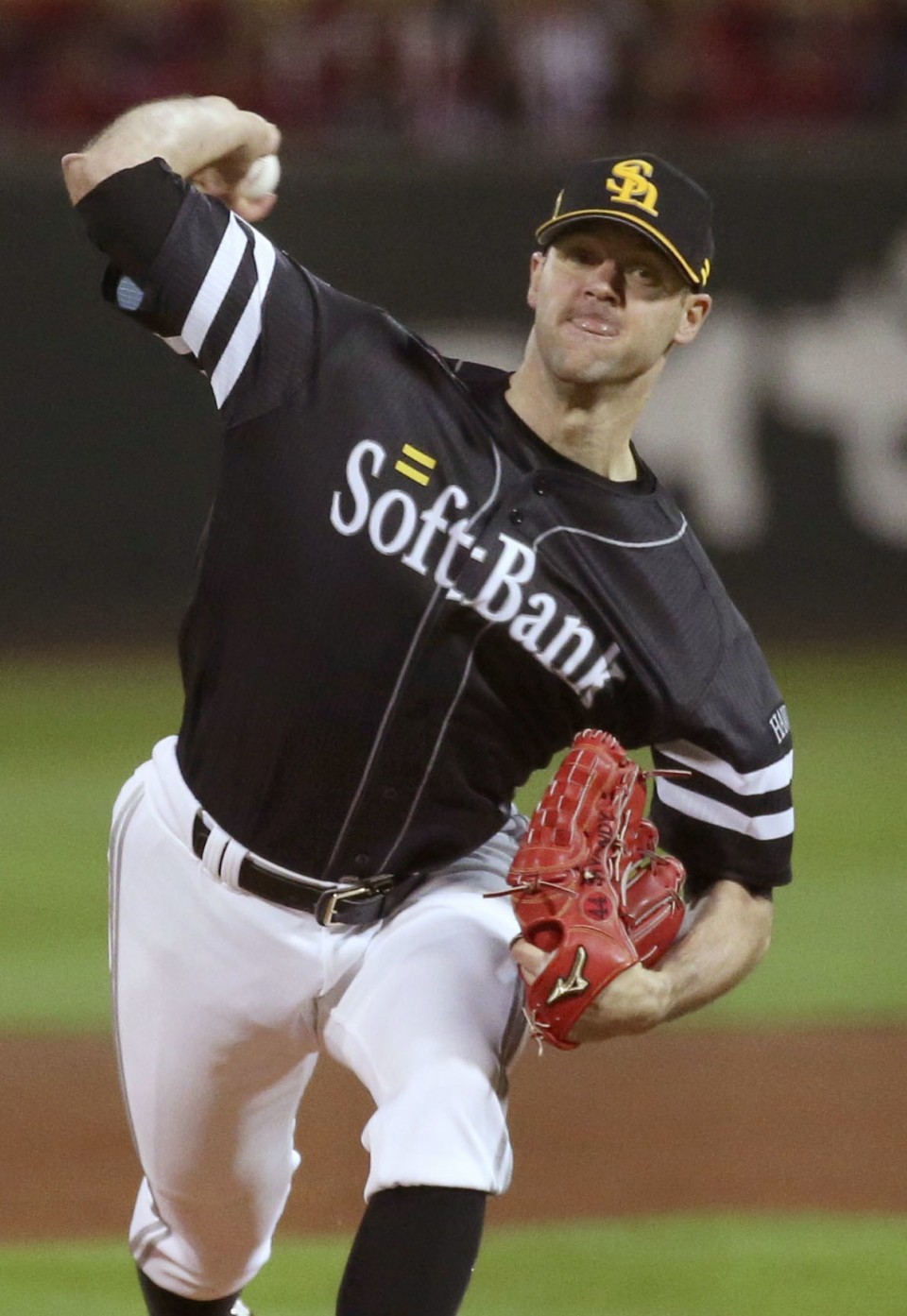 The Hawks, who failed to repeat as Pacific League champions but advanced to the season-ending series through the playoffs, became Japan Series champions for the ninth time in franchise history and for fourth time in five years.

"Since the end of the season, the players have been carrying the scars (from finishing second) and have played their hearts out," said Hawks manager Kimiyasu Kudo, whose three series titles are the most in team history. "We were frustrated and used those bitter emotions as motivation as we aspired to be No. 1 in Japan." 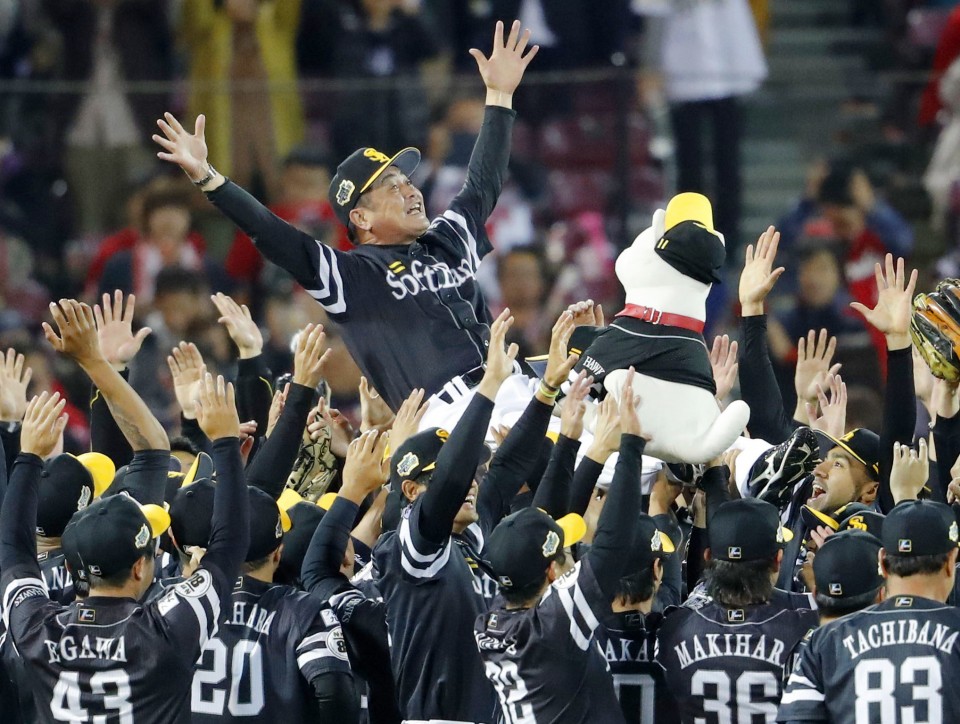 The Central League has now lost six straight series -- the second longest losing streak after the PL's nine-straight losses at the hands of the Yomiuri Giants from 1965 to 1973. The Carp, playing in their second series in three years, have not been Japan champions since 1984.

Hawks catcher Takuya Kai, who during the series threw out six Carp runners trying to steal bases and made two big plays on tags at the plate, was named series MVP. He batted .143 and scored twice, but did not drive in a run.

SoftBank, whose 244 regular season home runs led both leagues, opened the scoring in the fourth inning on a walk, a single and two straight sacrifices.

Kudo then had one of his marquee hitters, first baseman Seiichi Uchikawa, sacrifice for the second time in the series -- and only the second time since the two-time batting champion joined the Hawks in 2011. His bunt was followed by Tetsuro Nishida's squeeze bunt that brought home the first run.

Van den Hurk struck out the side in the bottom of the fourth, before Yurisbel Gracial homered into the second deck in left field in the fifth for the Hawks.

In the first inning, Johnson pitched out of a two-on, one-out jam after a walk and a fielder's choice caused by an infield mix-up behind second base. But in the bottom of the inning, after Kosuke Tanaka's lead-off single, the Carp squandered an opportunity of their own with a failed bunt and their seventh failed stolen base attempt of the series.

Kai also cut down another runner in the second inning, and after going 2-for-3 as a base stealer himself during the regular season, stole the series' only base, in the fourth inning.

Shota Takeda followed van den Hurk to the mound in the seventh, and allowed a walk in 1-2/3 innings. Lefty Shinya Kayama got the last out in the eighth, before closer Yuito Mori worked a 1-2-3 ninth to record his third save and start the celebrations. 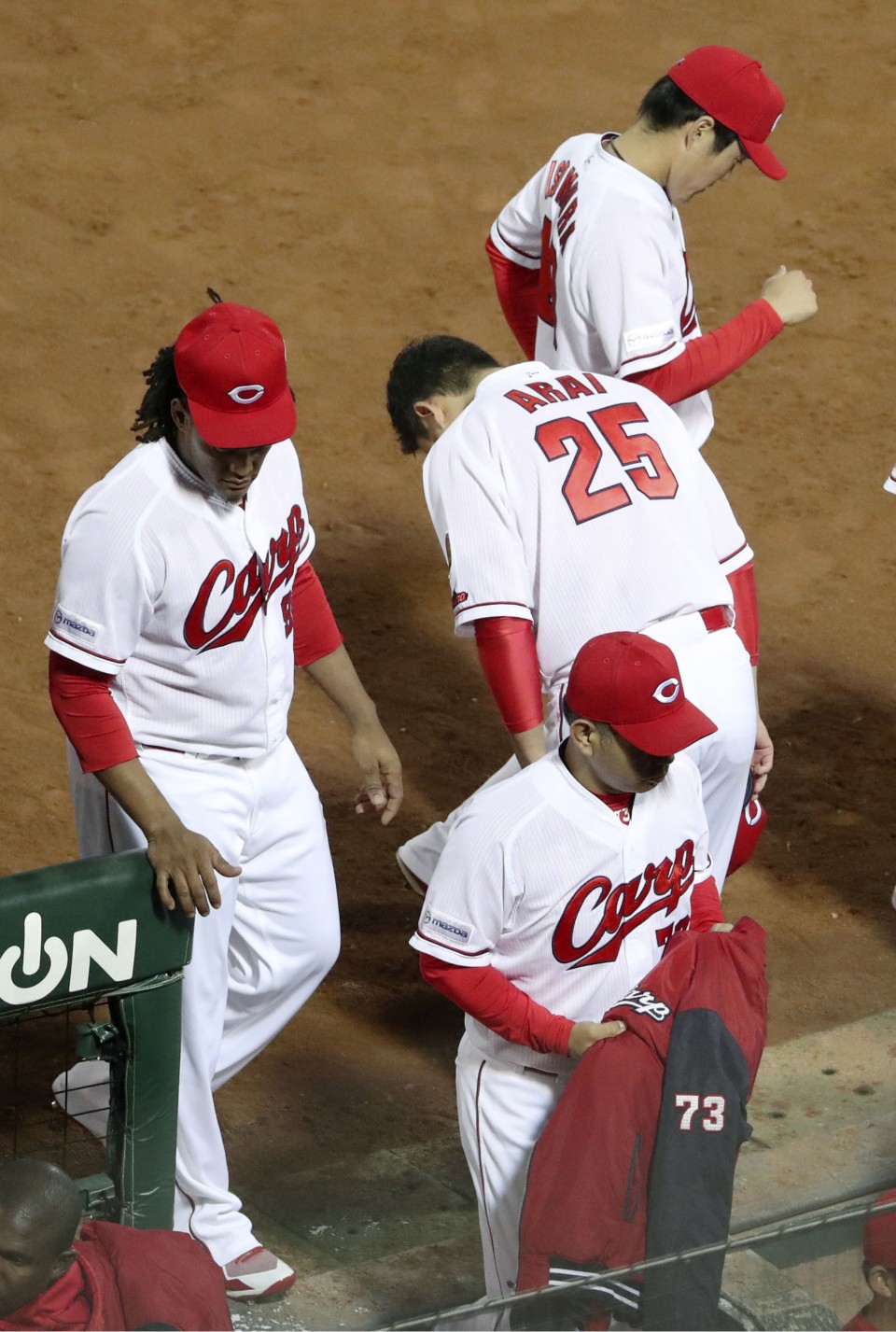