A majority of Japanese support a bill to open the door to more foreign blue-collar workers in sectors struggling with labor shortages, a Kyodo News poll showed Sunday.

The nationwide telephone poll conducted over the weekend found that 51.3 percent were supportive of the bill, approved by Japanese Prime Minister Shinzo Abe's Cabinet on Friday, while 39.5 percent opposed it. 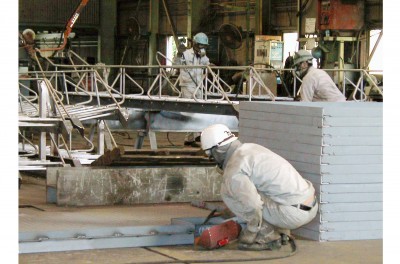 Of those who were in favor of the bill, serious labor shortages in domestic industries were cited as a major reason by 43.8 percent, the biggest proportion, followed by 29.5 percent who said Japan's population is unlikely to grow and 22.2 percent who pointed out that the world's third-largest economy needs to be more internationalized.

The finding suggests the Japanese public is not as critical of the draft legislation as opposition lawmakers and some members of Abe's ruling party had thought.

But 36 percent of those who opposed the bill said they were afraid of potential problems in their communities caused by foreign nationals with different cultural backgrounds.

The legislation, already submitted by the government to parliament, would create new visa categories for foreign nationals possessing skills to work in sectors facing tight labor conditions, ranging from construction and farming to nursing care, amid Japan's rapid aging population and low birthrate.

The bill, if passed into law, will mark a major shift from Japan's long-standing policy of accepting mainly highly skilled professionals.

The possible change has been widely welcomed by the business community. But many lawmakers have criticized the government for too hastily moving toward amending the country's immigration law without preparing steps to cope with possible new challenges, such as in the areas of social security and education. 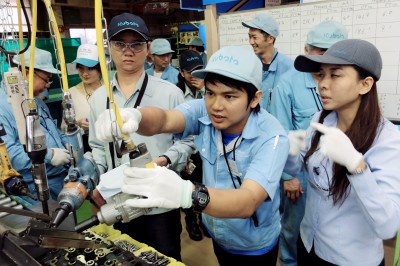 The Kyodo poll found the approval rate for Abe's Cabinet stood at 47.3 percent, up 0.8 percentage point from a month earlier, with the disapproval rating at 39.5 percent.

It also showed 50.8 percent of respondents opposed a consumption tax hike pledged by Abe to take place as scheduled in October next year to 10 percent from the current 8 percent, while 46.4 percent were supportive.

Asked about a scheme aimed at cushioning the impact of the tax hike by offering reward points worth 2 percent of purchase prices if items are bought by credit card or other cashless methods at small and medium-sized businesses, 62.1 percent said they opposed the idea.

Under the government's plan, the scheme may run for six months to a year after the tax increase.

Nearly 75 percent of respondents said regional revitalization minister Satsuki Katayama, the only female minister of the Cabinet who is embroiled in a money scandal, should provide a detailed explanation in a press conference.

A weekly magazine report in October alleged that Katayama, a former Finance Ministry official, accepted money from the owner of a manufacturing company in return for asking tax authorities for special treatment on the firm's behalf.