Haruki Murakami: I love working on translations. It's my hobby!

Media-shy novelist Haruki Murakami unveiled his views on the significance of foreign literature and how translations have inspired his own works during his first press conference in Japan in 37 years on Nov. 4, 2018, in which he announced plans for an archive at Waseda University, his alma mater, that will include manuscripts of his books as well as his massive vinyl record collection.

Below is an excerpt of his press conference: 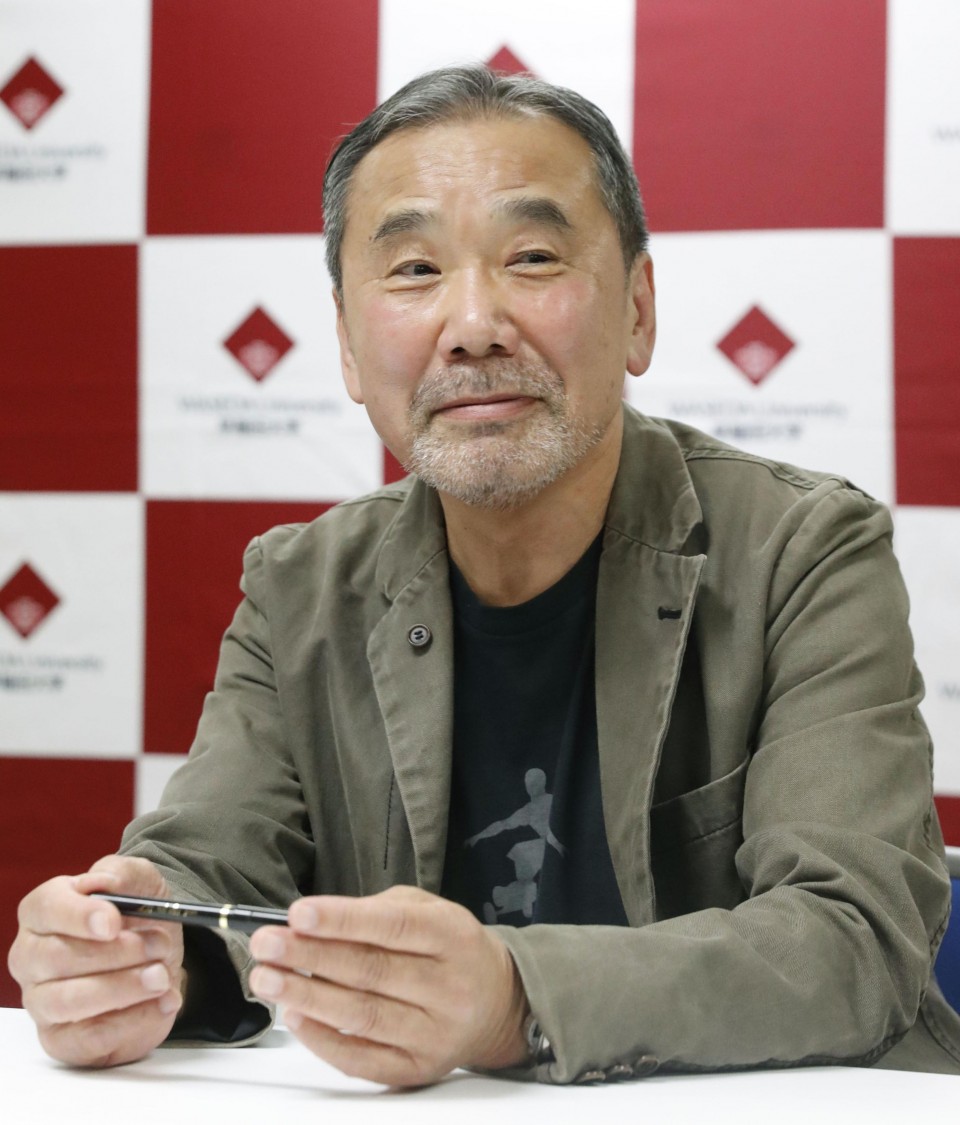 I don't recall going to (class) at university much. I got married while I was a student and somewhere along the way I started working (managing a jazz bar), so I didn't really have the time for it. But they allowed me to graduate after spending seven years here, so I think the university was quite lenient. I even had a professor who came to my jazz bar. The professor took pity on how busy I was, and gave me the credit for the class.

For my graduation thesis, I didn't purchase a single work to cite from and went ahead and filled up 100 pages of manuscript paper in a week. I just made it all up and wrote it without giving it much thought, and guess what, the professor gave me an A+. "You should walk the path of a writer," the professor advised me. At the time I thought the professor was out of his mind, but he was right. So I am very grateful. I think the atmosphere (at Waseda) was rather carefree and relaxed at that time, and it fitted well with my character.

After nearly 40 years of writing, there is hardly any space to put documents such as manuscripts and related articles, whether at my home or at my office. I don't have children, so I was also worried that the documents might become scattered after I've gone. I am extremely grateful that they will be taken care of in an archive at my alma mater. Nothing would make me happier than if such a facility were of use to those who want to study my works, whether Japanese or foreigners. I hope it will be the start of cultural exchange not just around my works but also of cultures.

My works have been translated into more than 50 languages, and I myself have also been doing translations (of foreign literature) in earnest. I feel strongly that language interactions have made me grow. I would have suffocated if I was only engaged in Japanese literature.

I would be very happy if, eventually, I could establish a scholarship (for researchers). Ideally, it would be great if we can create a space resembling a study filled with my collection of vinyl records and books, and hold concerts there with the records. I would love to be actively involved myself.

I used to frequent the university's Theatre Museum to look at old scripts. When I didn't have money to go watch movies, I would construct the images in my mind. Such an experience has helped my writing. That kind of place, where people can just drop by, is necessary at university. 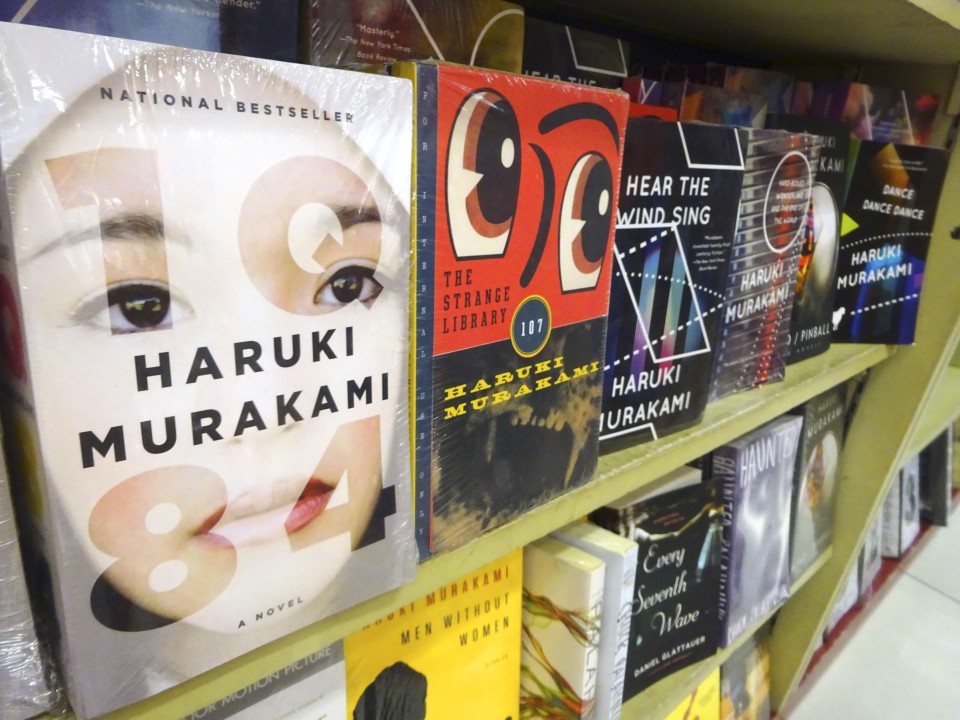 Q: What made you decide to hold your first press conference in 37 years?
A: Thirty-seven years ago was when the movie (of my debut novel) "Hear the Wind Sing" was made. This time, (the donation of my archives) is very important to me so I felt the need to explain it properly.

Q: Why did you decide to make the donation?
A: I started thinking about it four to five years ago. Waseda is my alma mater and I thought that this is what I felt most comfortable with. I also considered various universities (overseas), but came to the conclusion that having it in Japan would be most appropriate after all.

Q: What kinds of material will be donated?
A: I have over 10,000 vinyl records, which I have collected over the past half century and more. Since I worked hard on collecting them, I hope they will be kept together in one place. As for books, they will only be those related to my work. Books that I've translated, my books (that have been published abroad) and books that are important to me. I'm still alive and still working, so of course I can't hand them all over in one go. I hope to be able to move them here little by little.

Q: Anything that you have a particularly strong feeling for?
A: It felt quite nostalgic when I looked at the issue of (magazine) Gunzo when I won the Gunzo Prize for New Writers (with "Hear the Wind Sing"). As I read my own comments back then, I felt I was really young at the time. If anyone would be interested in reading that sort of material, I would like to make it available. 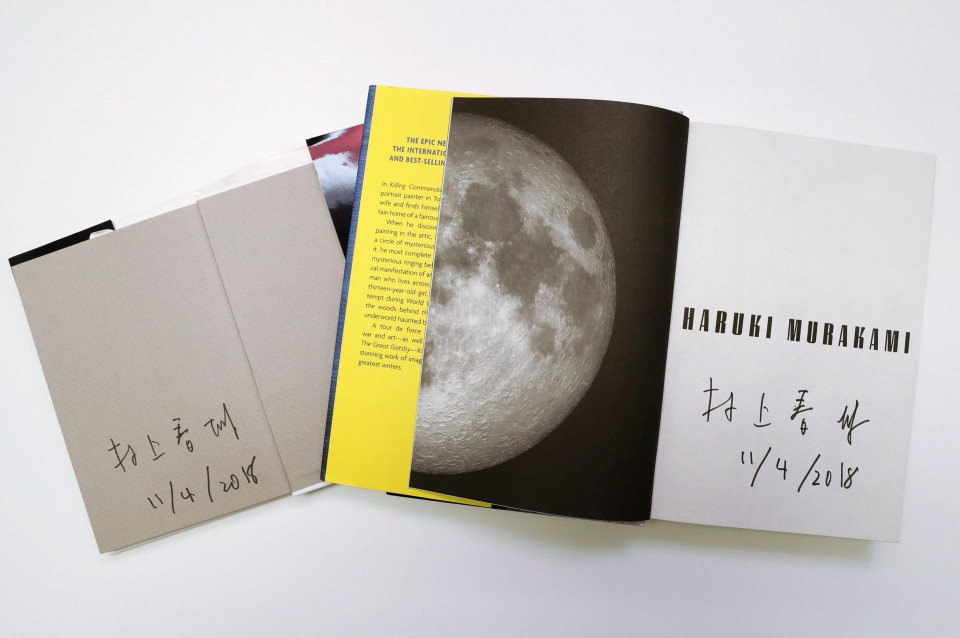 Q: Which manuscripts do you have?
A: I don't think I have the one for "Hear the Wind Sing," since I sent it (to the publisher) without keeping a copy for myself. The one for "Norwegian Wood" was written on a college notebook when I was in Europe. As the first draft, I think that one is very valuable. If I find it I would like to donate it.

Q: What's the significance of having all the materials in one place?
A: It would be more convenient for everything to be kept in one place. In the United States, universities have archives for individual authors and if you go there, you can ask to see the manuscripts. I thought that's a fabulous idea.

Q: Will you also be donating material where we can see the process of how you fine-tune your drafts?
A: For a number of my works, I have saved versions along the way as the drafts were revised. I don't really want to show them to anyone, but I guess those doing research might be interested in them.

Q: How about letters and correspondence?
A: There won't be anything about love-hate relationships. I would like to donate correspondence with other authors in the form of pleasantries, as long as they wouldn't cause inconvenience to others.

Q: For you, what's the significance of foreign literature?
A: It's like opening the window to inhale a different stream of air, to see a different form of scenery. I felt strongly about that. Also, I very much wanted to do something different from what my parents, who were both experts in Japanese literature, did. I really love working on translations, the process in which one language is switched into another language on an equivalent basis. Even now, I don't think I am doing it for work, I am just doing it as a hobby. I think (doing translations) was extremely beneficial for my writing.

Q: How does music influence your writing?
A: I start working around 4 a.m. or 4:30 a.m. but the night before, just as if I am going on a school outing, I select vinyl records that I want to listen to the following day and place them by my pillow. My joy is to work while listening to those records.

Q: How was today's press conference?
A: I am glad all of you were nice and pleasant. I thought there would be more difficult questions! 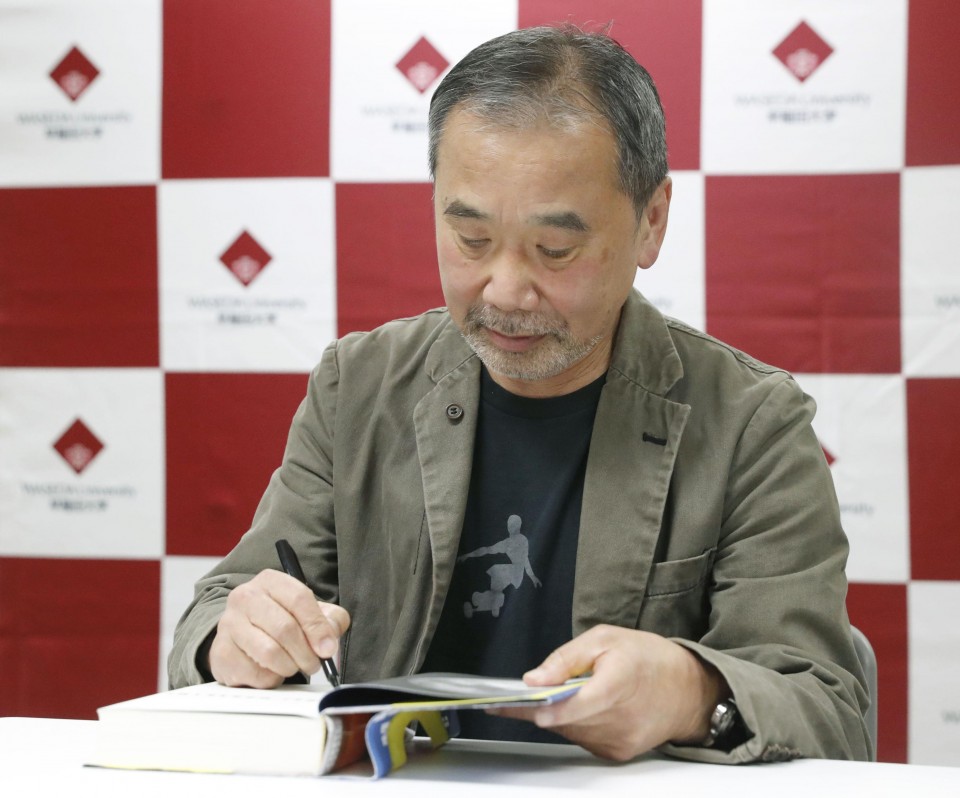