Tokyo Medical University said Wednesday it will admit some of the applicants who were rejected in 2017 and 2018 due to a rigged admissions process, but its president did not state whether there was gender discrimination in the process.

Of 101 students who were unfairly rejected, up to 63 may be able to attend classes starting from next year if they desire, the university said. There were 32 affected applicants from last year and 69 from this year, many of them women.

"We were notified that we acted inappropriately on matters relating to entrance exams. We deeply apologize to everyone who was affected," Yukiko Hayashi, who became the university's first woman president after the scandal came to light this summer, said at a press conference.

"We are shocked that so many have been affected," she said. 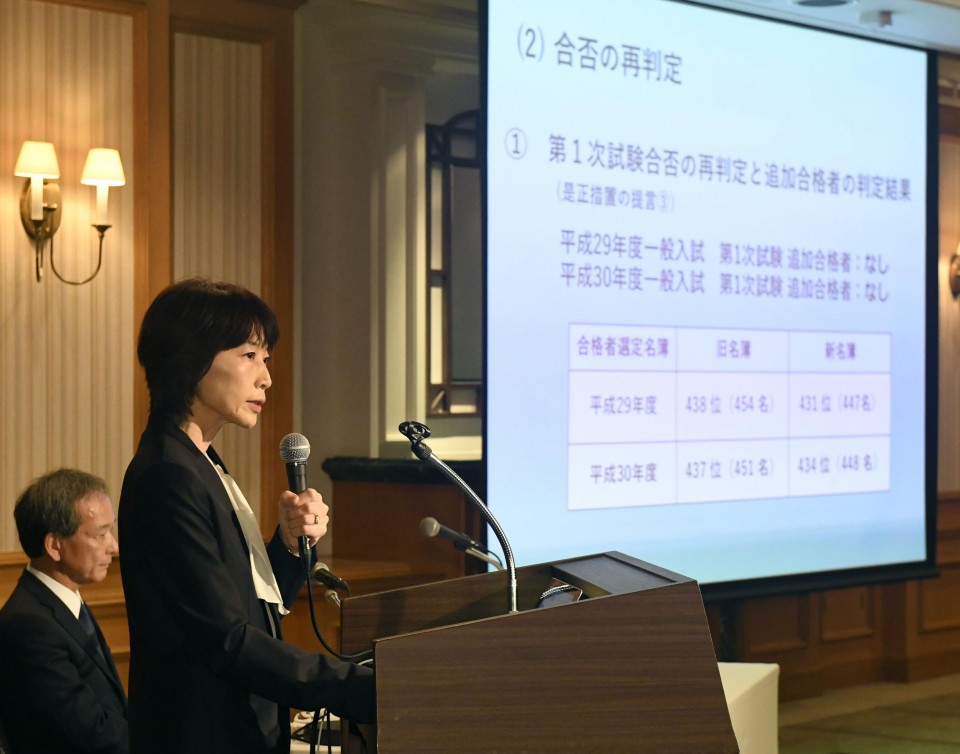 An independent committee report said in October that 69 applicants who took the general entrance exam and a common admission test used by most universities in 2017 and 2018 would have qualified for admission if the process had been fair. Of these at least 55 were women.

The university admitted in August it had been deducting points from exam scores for over 10 years to curb the enrollment of women as well as men who had failed the exam previously.

Hayashi said she "could not state whether there was clear gender discrimination" as she was not part of the admissions committee, when asked about an alleged comment by the previous committee chairman that he preferred to increase male admission in 2018 as more female applicants had been admitted in the previous year.

In the wake of the discovery, the university has created a new ranking system to determine admission and provide another opportunity for the affected applicants to attend from the next school year.

The system will rank already enrolled students and the affected applicants who are interested in attending. Students will be admitted going down the ranks until the university reaches full capacity.

Under the new system, up to 63 applicants would possibly be eligible for admission even if all 101 applicants desire to enroll, the university said.

The university is trying to identify which of the affected applicants are still interested in enrolling. They have until the end of November to make their interest known.

The pool of admitted students for the next school year will be reduced to compensate for the admission of the newly admitted applicants.

On whether the affected applicants would be compensated or reimbursed, Hayashi said, "I cannot respond since we are still in the middle of studying the matter."

The discriminatory practice was discovered during a bribery investigation involving Futoshi Sano, a high-ranking education ministry official, and Masahiko Usui, former chairman of the university.

The education ministry is currently investigating other medical schools to see whether they also manipulated the student selection process and has so far probed 81 institutions.

Last month, Showa University revealed it had padded scores for applicants, while Juntendo University also announced it will set up a panel to investigate allegations of bias against female applicants.