Rugby: Japan give England a major scare at Twickenham

The history books will show England beat Japan 35-15 on Saturday in front of 81,000 fans at Twickenham Stadium, but for 55 minutes Michael Leitch and the Brave Blossoms had many thinking a sequel to the "Miracle of Brighton" was on the cards.

Three years after Eddie Jones' Japan shocked the world by beating South Africa at Rugby World Cup 2015, it seemed the Australian would be involved in another massive upset as his current side trailed Jamie Joseph's Brave Blossoms 15-10. 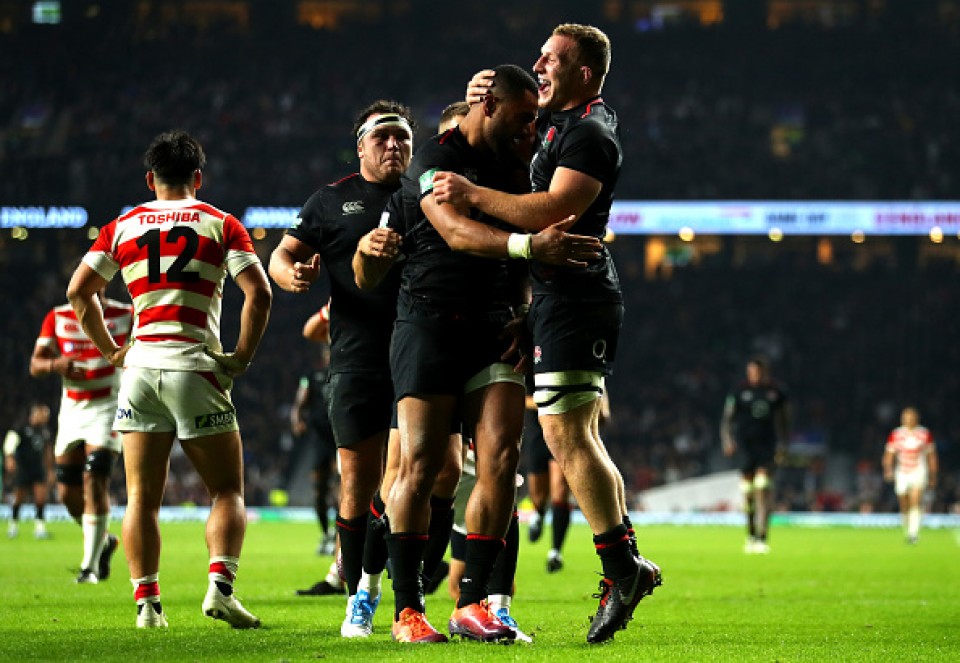 But with the host's bench providing far more impact than the Japan finishers, England scored 25 unanswered points in the final 25 minutes to ensure history would not be repeated.

"The first 50 minutes everything was going our way," said Japan captain Leitch, who had an outstanding game. "But then we had a 10-minute lapse in concentration that cost us."

England, for their part, were grateful for the halftime turnaround.

"It was obviously a very disappointing first half. There was no life to us and our attitude wasn't there," said England captain George Ford, adding that the impact of the players off the bench was "massive. They are there to give us impact and they swung the game our way."

The stats tell the story.

In the first half Japan had 77 percent of territory and 69 percent of possession. They conceded just one penalty to seven by England and made 32 of 39 tackles compared with 82 of 95 by the hosts.

They also scored two tries through Leitch and Ryoto Nakamura -- both while England hooker Jamie George was in the sin bin -- to one by Danny Care.

By full time, however, the penalty count had got much closer with Japan conceding 10 to England's 12 as Jones' changes took their toll up front.

Japan still had a slight edge in both territory and possession, but they were unable to turn it into points, while England scored three tries through Mark Wilson, Joe Cokanasiga and Dylan Hartley.

"We reached halftime in a fine manner but they showed what they are made of in the second half," said Japan No. 8 Kazuki Himeno, who like Leitch was a constant threat to the England defense before he went off at the 60-minute mark.

"Lots of things have been exposed but there were also many positives. It's a game we can build on."

Care's early try came from a counter-attack following a kick by Yu Tamura that once again raised questions as to whether the kicking game is something Japan should be pursuing. 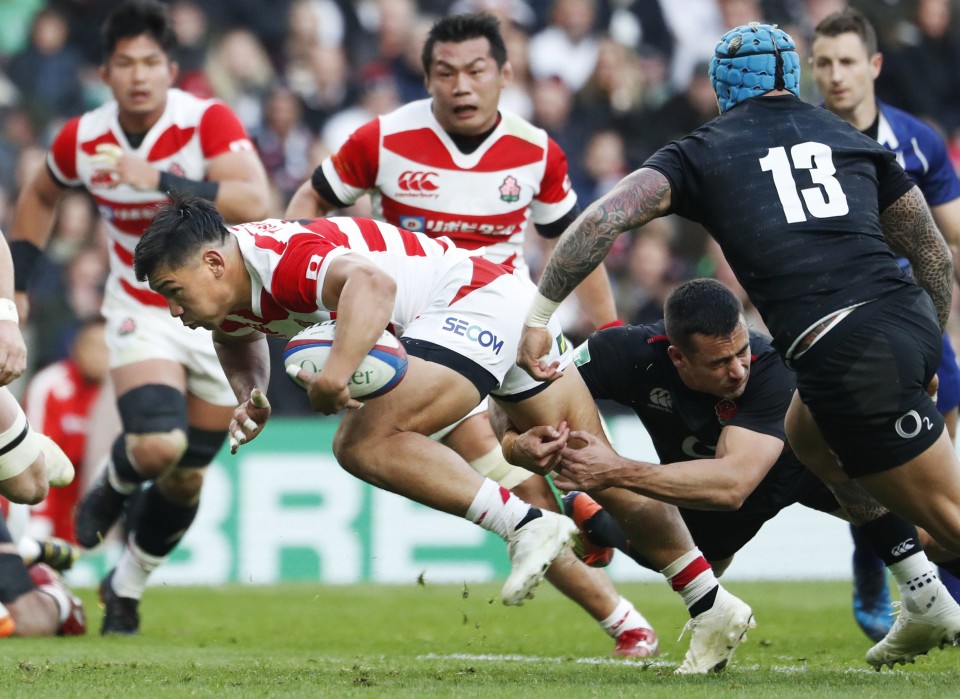 And those who have questioned the tactic would further point to Japan's two tries as the Brave Blossoms made the most of their numerical advantage and kept ball in hand to good effect.

Some good strength on the ball from Akihito Yamada freed up Leitch who beat four tacklers on his way to the line, before Nakamura made the most of Fumiaki Tanaka's bullet pass to go over from a scrum five meters out.

The 15-10 scoreline at halftime probably did not do Japan justice as they dominated the breakdown and made England -- whose lack of ideas was summed up by Elliot Daly having to kick a 50-meter penalty -- look very pedestrian.

But with Owen Farrell and Kyle Sinckler entering the fray after the break, England took things to another level, in marked contrast to Japan, whose replacements failed to make any impact.

With the set piece starting to struggle and gaps appearing in their defense, Japan rarely threatened and England took a strangle grip on the game.

"We probably got seduced by the try in the first few minutes," said Jones. "Scoring an early try, players sub-consciously think it's going to be easy and we knocked off a little but I thought our second half response was excellent."

"Japan are a difficult side to play against if you haven't played against them. The way we responded pleased me. We played like England in the second half, I can only recall Japan getting in our 22 once in that second period."

Despite the defeat, Japan showed that progressing to the knockout stage when they host next year's World Cup from a pool that also includes Ireland, Scotland, Samoa and Russia (who they play next week in Gloucester, England) is not beyond the realms of possibility.

Their defense was a lot tighter than two weeks ago in their 69-31 defeat by the All Blacks and the pace at which they played the game early on will test the Irish and Scots.

But as Joseph pointed out they still need to work on their discipline and accuracy.

"We played some really positive rugby and, most of the time, matched the physicality...(but) we need to be able to go with the big teams without giving penalties away and our decision-making and accuracy cost us." 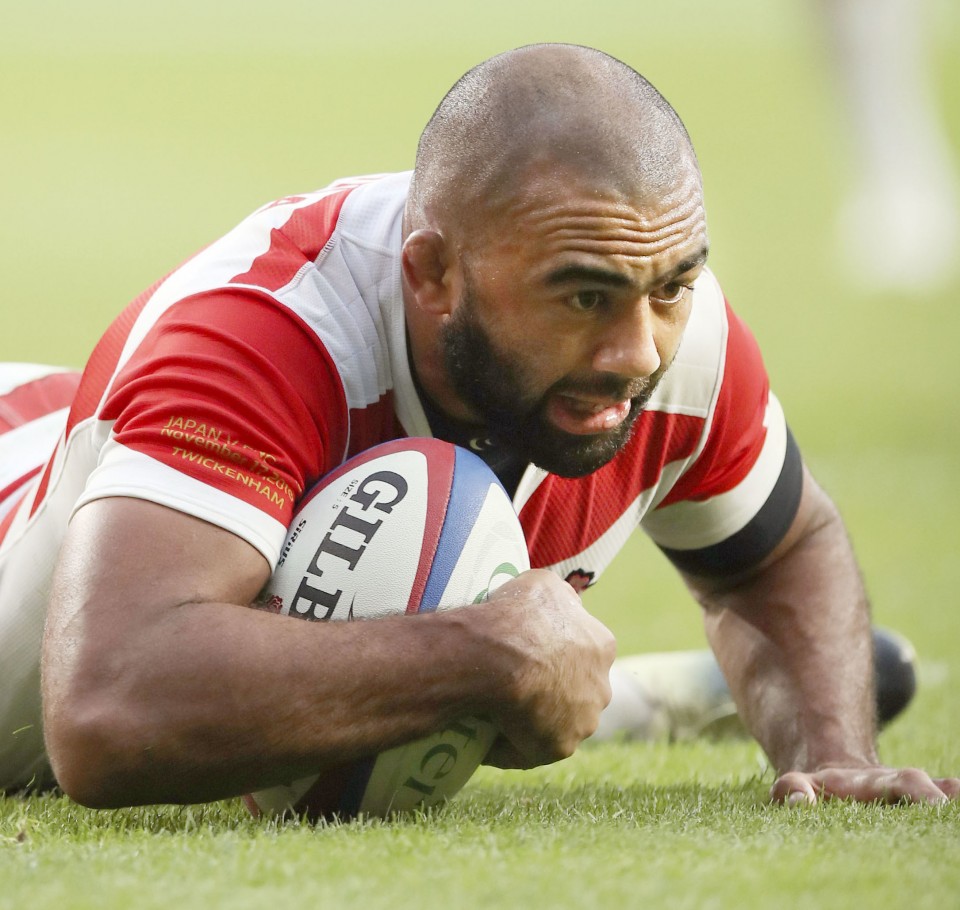