Chopstick-wrapper origami pieces ranging in design from cranes, ribbons, humans and stars to airplanes -- folded and left by restaurant customers across Japan and picked by a man living in the city of Kameoka in Kyoto Prefecture -- have drawn massive public attention, with the collection now over 15,000 pieces.
The man displayed the origami, folded by diners as a token of appreciation to restaurant staff, in an exhibition titled "Japanese Tip." A picture book on the collection has been published for sale across the nation, creating a sensation both in Japan and abroad with the story covered by foreign media.
The man, Yuki Tatsumi, 28, works at a welfare home in Kameoka, western Japan. While studying at Kyoto University of Art and Design (located in Sakyo Ward, Kyoto City), he worked part time at a restaurant in Kyoto. One day, he found an origami piece apparently made of a chopstick wrapper on the table, which was folded and left by one of the customers. Fascinated by their shapes, he started collecting the little sculptures left behind in 2012. "The shapes are interesting. I came to consider the tiny works of art by diners as a Japanese way of tipping - expressing their gratitude to restaurant staff," Tatsumi said while recalling his part-time days at the restaurant.
Driving a minivehicle, Tatsumi traveled around Japan -- all 47 prefectures -- for a year and a half from April 2016 to collect chopstick-wrapper origami from restaurants. About 180 restaurants responded to his request for cooperation and joined his project, helping him collect about 15,000 pieces during the period. 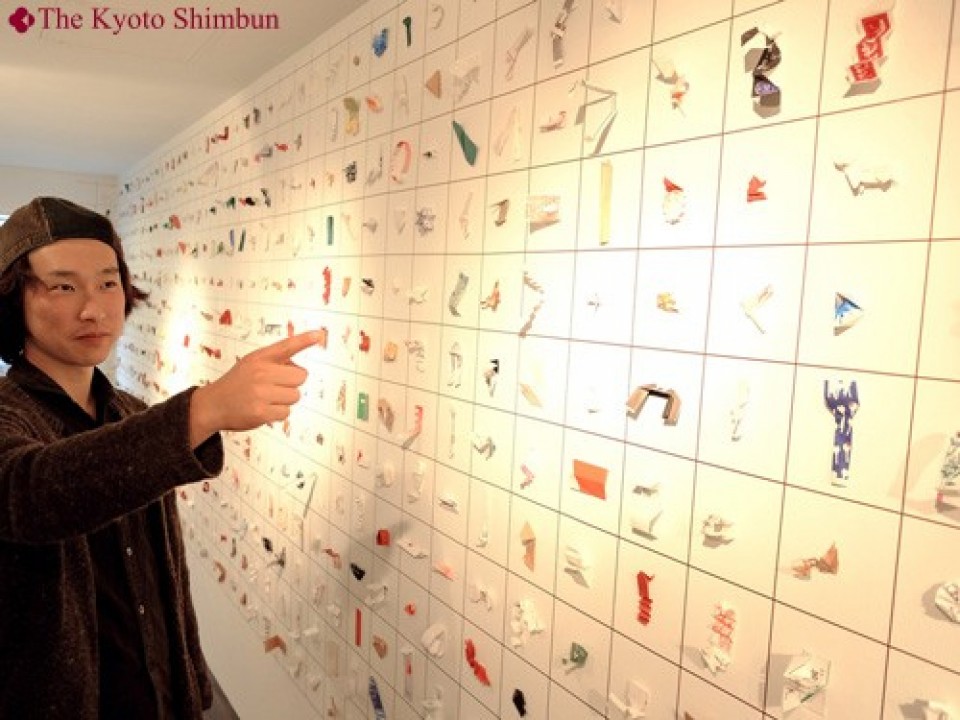 Initially, he collected pieces with simple designs, such as chopstick stands and simply folded paper. Eventually, he turned to origami with concrete images, such as animals, fish, flowers and accessories. Some are folded to the size of a rice grain. The chopstick wrappers he gathered differ in design and illustration according to restaurant, contributing to the diversity of his collection.
In November last year, Tatsumi displayed the pieces he collected in a gallery in Tokyo, sparking interest among the general public via twitter posts. People interested in the exhibition formed a long line to enter the gallery. The origami were later compiled into a picture book titled "Japanese Tip with Chopstick Wrappers" and it was published by Little More Co. in September this year. The origami project was covered by Doha-based broadcaster Al-Jazeera. In September, the collection was displayed in South Korea and will be exhibited in France in November.
"The practice of enclosing a chopstick with long, thin paper and putting the wrapper on the table embodies a sense of beauty among the Japanese. What's like trash is converted into rich and valuable artworks. This is a wonder I'd like to share with people," Tatsumi said of the exhibition at Hohohoza Jodoji Center in Sakyo Ward, Kyoto City, on Oct. 13-18, 20, 21 and 28.
The Kyoto Shimbun
Film festival in Kyoto to focus on disabled sexual minorities
Anime "Penguin Highway": a passionate portrayal of a purehearted young boy
Noted artists drawing fusuma door pictures in Kyoto temple