Japan's Ryoyu Kobayashi won the men's ski jumping title Saturday at the FIS World Cup event in the Finnish resort of Ruka, topping the podium for the first time.

The 22-year-old Pyeongchang Olympian, the younger brother of ski jumper Junshiro Kobayashi, landed a 138.5-meter effort that earned him 142.0 points in an event reduced to a single round of jumps after high winds pushed back the schedule. 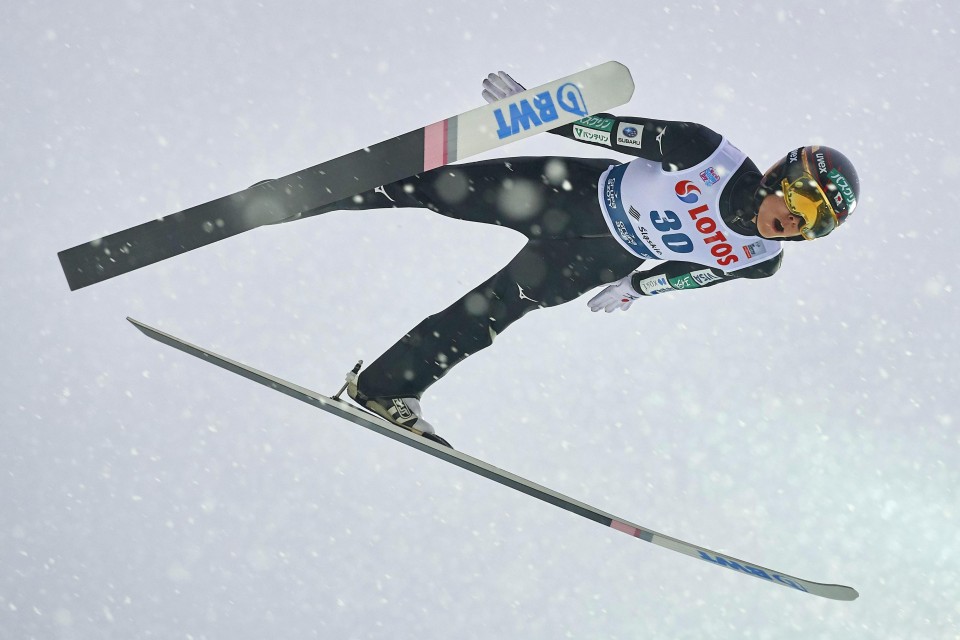 Poland's Kamil Stoch and Piotr Zyla came in second and third with 139.9 points and 135.0 points, respectively.

"Even if we only posted one (jump), it is a victory so I'm glad. I knew I would win an event this season," Kobayashi said. "I see myself growing. I aim for 10 wins (this season)."

He became the first Japanese man to win a ski jumping event on the World Cup circuit since his older brother won in November last year, and he now leads the overall World Cup standings with 160 points. Stoch is 30 points behind in second place.

Kobayashi, who made his World Cup debut as a 19-year-old in 2016, achieved his maiden podium finish last Sunday by taking third place at the season opener in Wisla, Poland.