Prince Fumihito, the younger son of Emperor Akihito, has questioned whether the state should finance a Shinto-linked ritual to be held following next year's imperial succession, a remark that could stir controversy in Japan where the imperial family is supposed to be separated from the government.

"I wonder whether it is appropriate to cover the highly religious event with state funds," the prince said at a press conference held before his 53rd birthday Friday.

Prince Fumihito will be promoted to first in line to the throne after the enthronement of his older brother Crown Prince Naruhito on May 1, 2019. The remark may cause arguments as the country's Constitution stipulates the emperor "shall not have powers related to government." 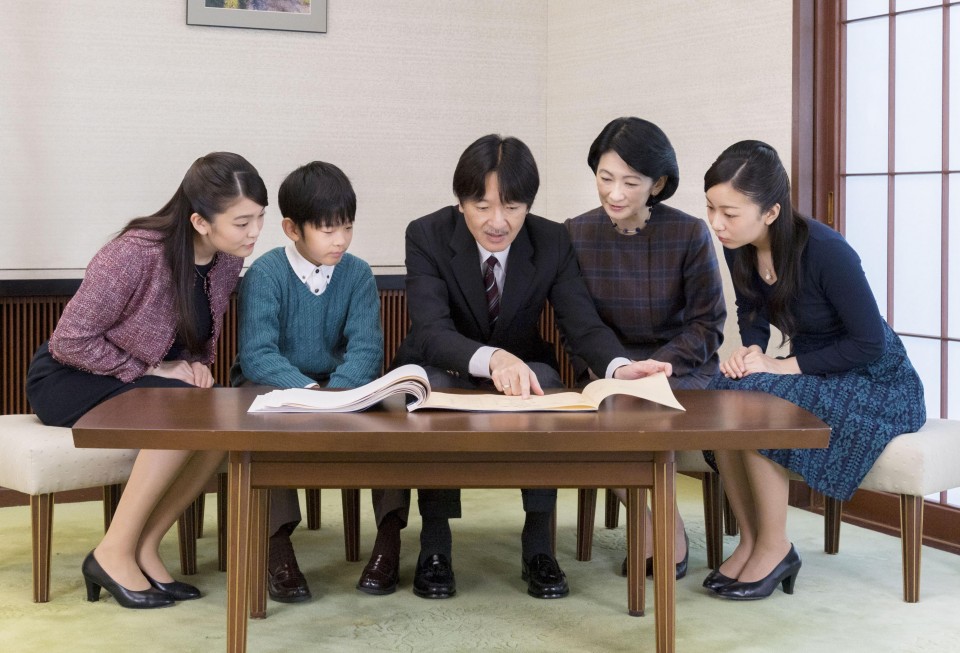 (Prince Fumihito, center, and his family)
[Photo courtesy of the Imperial Household Agency]

The supreme law also bans the state from engaging in religious activities. Shinto is Japan's indigenous religion in which the emperor is venerated as a descendant of the sun goddess, the principle female deity.

At the press conference on Nov. 22, Prince Fumihito expressed doubt about the constitutionality of the Daijosai grand thanksgiving rite to be held in November next year, saying he believes the ritual should be financed by day-to-day expenses of the imperial family.

The prince said he was also opposed to using public funds the last time the rite was held, in 1990 a year after his father ascended the throne in 1989.

Although the ceremony will be treated as an imperial event, not as a state occasion, critics claim it would threaten the separation of religion and state if public funds are put toward it.

A source at the prime minister's office pointed out that the status of Prince Fumihito is nearly equal to that of the emperor, indicating he should carefully choose his words.

"If his remarks were taken as objecting to (the government's decision on) public funding, they could amount to a violation of the Constitution that prohibits the emperor's involvement in politics," the source said.

The prince said he has conveyed his views to the chief of the Imperial Household Agency, but the government has already decided to use public funds for the ceremonies in line with the previous imperial succession rites for Emperor Akihito.

"It is regrettable that the agency did not listen to me," the prince said.

In response to his remarks, the agency's Grand Steward Shinichiro Yamamoto said he feels "painful" hearing him say that and he is "sorry" if the prince took his attitude that way.

But Yamamoto added, "As the previous Daijosai (funded by public money) was held with public support, it is reasonable to follow the precedent."

He also defended the prince, saying his remarks have no political influence since it has been already decided that public funds will be allocated to the ritual.

The Daijosai is the name given to the first annual "Niinamesai" harvest festival to be performed by a new emperor and always follows an accession to the throne.

In the rite to be held from Nov. 14 to 15 in 2019, the new emperor will offer new rice to the imperial ancestors and to the Tenjin Chigi, the deities of heaven and earth, while praying for peace and abundant harvests for the country and the people.

Although annual Niinamesai rituals are covered by the emperor's personal expenses, the Daijosai will be financed by public "palace-related expenses" used for the imperial family's official duties such as ceremonies and state banquets.

In relation to the previous Daijosai in November 1990, which cost about 2.2 billion yen ($19 million), a number of lawsuits contesting its constitutionality were filed across Japan, but they were all dismissed.

But a 1995 ruling by the Osaka High Court noted that doubts remain about whether the government financing of Shinto-linked rituals breaches the Constitution banning the state from engaging in religious activities. 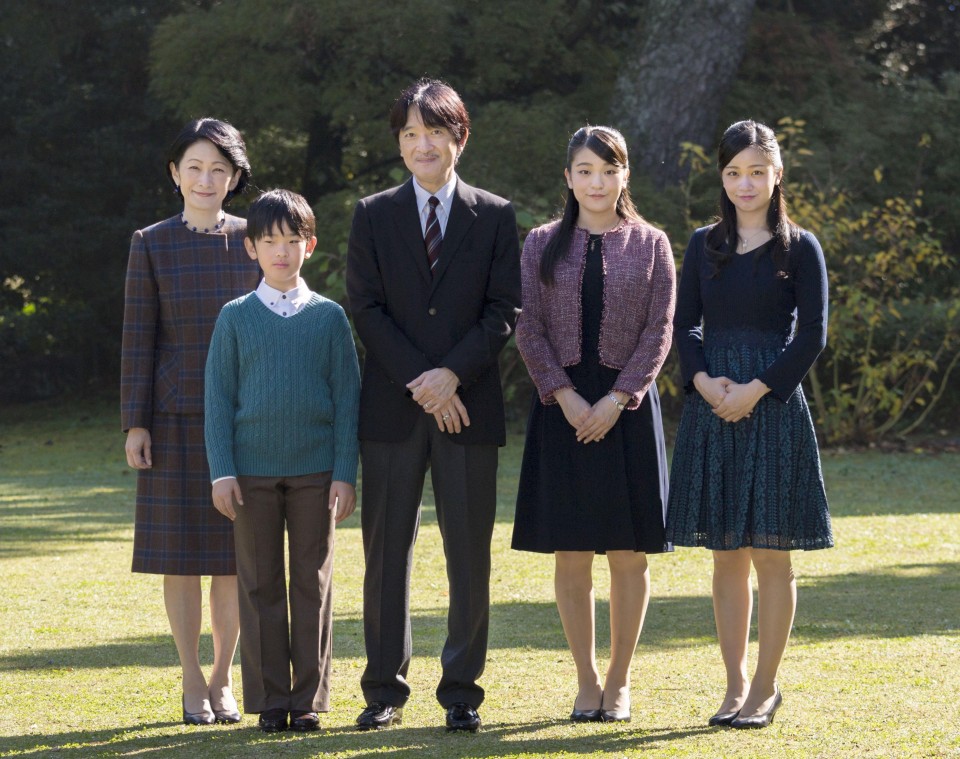 Prior to the upcoming Daijosai, at least 120 people including Christian and Buddhist followers are planning to file a lawsuit with the Tokyo District Court possibly early next month to block the state funding of the rite, according to their representatives.

Koichi Yokota, professor emeritus of constitutional studies at Kyushu University, said he sees no constitutional problem in the remarks because the supreme law only prohibits the emperor from being involved in politics without mentioning other imperial family members.

But Isao Tokoro, professor emeritus of Japanese legal culture history at Kyoto Sangyo University, said the prince should have taken into consideration the fact the rite has significance as traditional imperial culture rather than a religious matter.

"I hope (the prince) will consult with people around him in advance and be careful about his remarks," Tokoro said.

The imperial succession slated for next year comes after the 84-year-old emperor expressed his desire to step down due to his age and health. Following the abdication of the emperor on April 30, 2019, Prince Fumihito will be given the new title "koshi" as the first in line to the throne.