In a report submitted to the government, JAL said it will introduce new breathalyzers at overseas airports this month and penalize pilots who fail sobriety tests.

JAL co-pilot Katsutoshi Jitsukawa was arrested by British police after a heavy drinking session the night before a London-Tokyo flight on Oct. 28 left him around 10 times over the legal limit under British aviation law. He has pleaded guilty in a British court.

"We feel deeply responsible for allowing an incident that should never happen," JAL President Yuji Akasaka told a news conference, adding his executive remuneration will be cut by 20 percent to clarify his management responsibility. 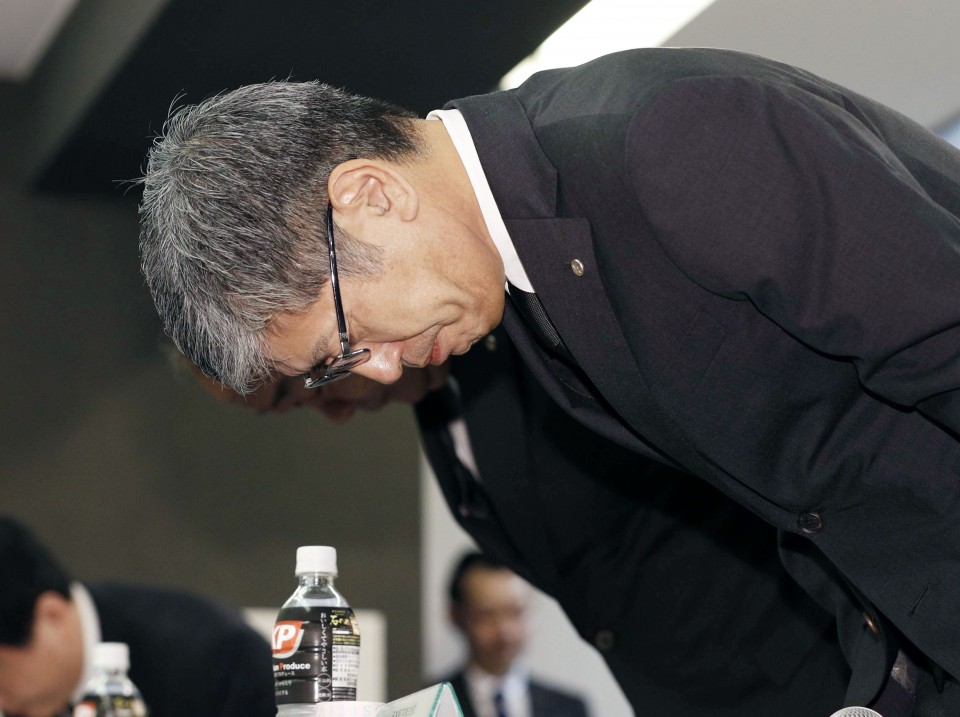 JAL has made a tentative change to the alcohol rule, banning drinking within 24 hours of a flight instead of 12 hours.

The airline said the provisional 24-hour rule will stay in place until it finalizes a new permanent rule, while some ground staff such as engineers will also start undergoing sobriety testing.

The arrested pilot cheated the pre-flight alcohol test, and one of the two captains who were flying with him did not properly monitor the test administered at the airline's office, it said.

At ANA which is more focused on domestic services, new more accurate breathalyzers will also be introduced, and portable testing devices will be distributed to all flight crew.

An ANA pilot was unable to fly after he became sick from drinking in Okinawa, causing delays to five flights on Oct. 25. The pilot quit as instructed by the company.

In reviewing its internal alcohol rules, ANA will set a more specific guideline on alcohol consumption, the airline said.

Ishii has vowed to tighten rules on drinking by aviation staff by looking at standards in other countries. A panel on the issue will hold its first meeting next Tuesday and work to compile new rules by the end of the year.

Under the current Japanese system, aviation crew members are prohibited from drinking within eight hours of starting work, but there is no law or regulation that sets a legal limit on blood alcohol level.

Breath tests are not required. Airlines have their own rules that they voluntarily police, in contrast with the United States and Europe where legal frameworks exist, according to the transport ministry.