The alliance is "not equal," Saikawa was quoted as saying at his first meeting with company employees to explain the arrest of their charismatic boss, who has played a key role in the alliance that is viewed as favoring Nissan's largest shareholder Renault. 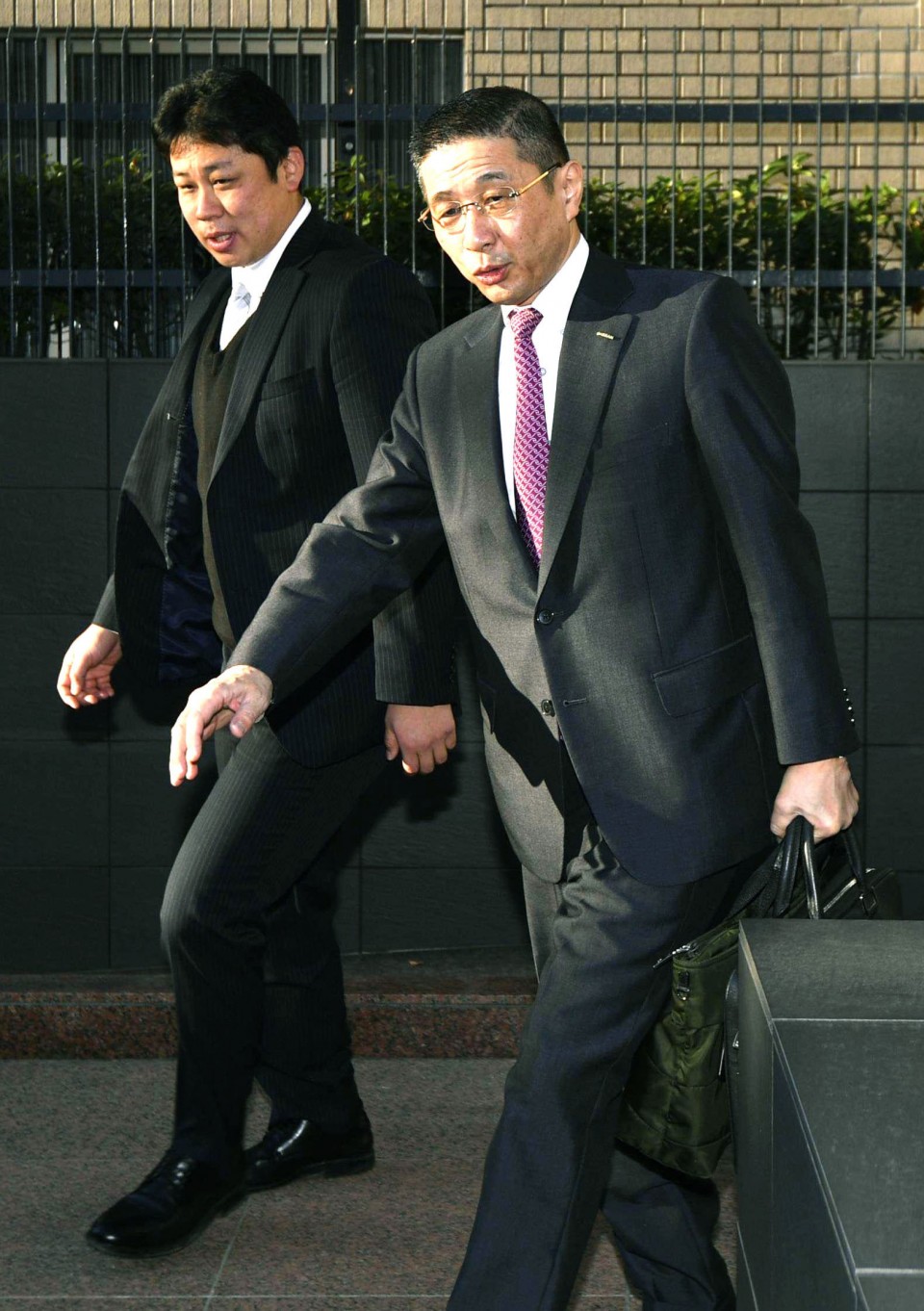 Saikawa also said he wants to reflect "the will of Nissan" more in building relations with Renault and "it was a problem that too much authority was concentrated in one person," referring to Ghosn, who doubled as Renault CEO and Nissan chairman, according to the sources.

He also apologized at the meeting held at Nissan's headquarters in Yokohama, which was broadcast live to factories and offices nationwide, for the undermining of trust in the company.

Nissan dismissed Ghosn as chairman at an emergency board meeting last Thursday after his arrest on Nov. 19.

On Monday, the board of Mitsubishi Motors Corp., the third partner in the Franco-Japanese alliance, voted unanimously to strip Ghosn of his role as chairman, citing the difficulty of his continuing in the post because he is detained and expected to face criminal proceedings.

"Our company would face reputational risks if Mr. Ghosn remained in his post," Mitsubishi Motors CEO Osamu Masuko told reporters after the board meeting, which also decided that Masuko will double as chairman until a shareholders' meeting is held. 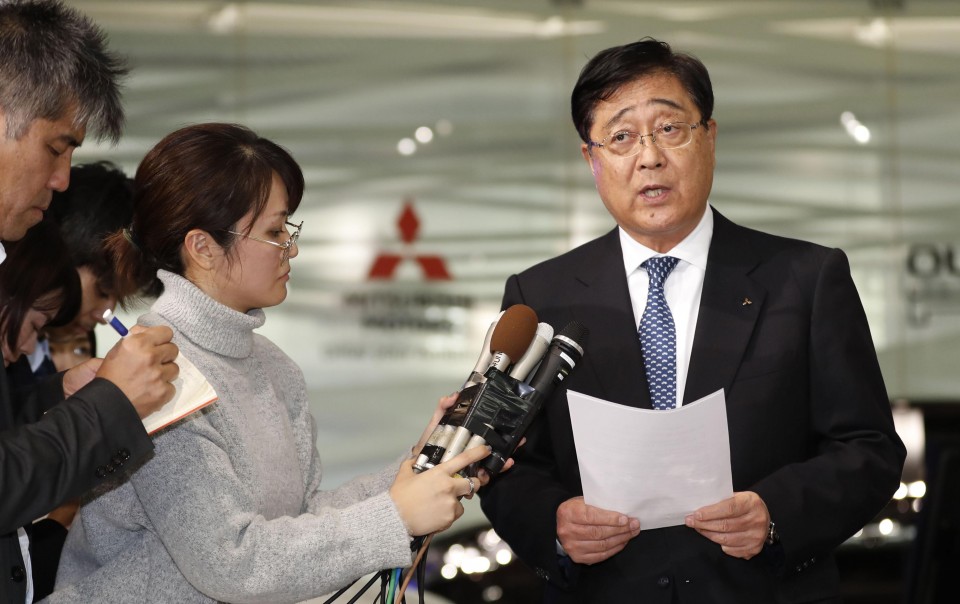 (Mitsubishi Motors Osamu Masuko speaks in Tokyo after the company's board decided to strip Carlos Ghosn of his role as chairman.)

Masuko also said Mitsubishi Motors will remain committed to the alliance for the company's growth.

Mitsubishi Motors joined the Nissan-Renault alliance in 2016 when Nissan took a 34 percent stake in the smaller automaker, which was reeling from a fuel data manipulation scandal at the time.

While Nissan has said the alliance "remains unchanged," the latest remark by Saikawa indicates the Japanese company's desire to seek a bigger say in it.

Even though Nissan has contributed about 50 percent of the French automaker's net income in recent years, Renault owns a 43.4 percent stake in Nissan, which holds a 15 percent stake in its French peer but without voting rights and 34 percent in Mitsubishi Motors.

Ghosn was initially dispatched by Renault in 1999 as part of a capital tie-up to save Nissan from bankruptcy. He was the crucial linchpin of the complex tripartite partnership, which also involves the French government that is the top shareholder in Renault with a stake of about 15 percent.

French Finance Minister Bruno Le Maire told BFM TV on Sunday that it is desirable for the alliance to continue to be led by a person from Renault. He also said he hopes to maintain the cross shareholding of the group.

The top executives of the three automakers are making arrangements to hold a meeting this week to discuss how to run the three-way alliance, sources familiar with the matter have said.

Ghosn was arrested for allegedly underreporting his remuneration by around 5 billion yen ($44 million) for five years through fiscal 2014. He received nearly 10 billion yen during that period.

Nissan Representative Director Greg Kelly was arrested along with Ghosn on suspicion of conspiracy and was dismissed from the post at the emergency board meeting. Both Ghosn and Kelly have denied the charges, according to sources close to the matter.

Nissan has said an internal investigation uncovered "significant" misconduct by Ghosn, including underreporting of his remuneration and misappropriation of funds to cover private expenses, which continued for a long period. It also said Kelly was "deeply" involved.

Renault, for its part, has launched an investigation into possible misconduct by Ghosn in relation to his remuneration and company assets, with the outcome expected as early as this week, according to Le Maire.