American League Rookie of the Year Shohei Ohtani said Thursday that while his Los Angeles Angels teammates were all supportive, two-time MVP center fielder Mike Trout made the biggest impression on him.

Speaking at the Japan National Press Club, the same venue where the Japanese star announced one year earlier that he would move to the major leagues, Ohtani praised his Angels teammates.

"My first impression when I joined the club was that all my teammates were amazingly good people, and I felt that they looked out for me and would come up and talk to me," Ohtani said.

"Throughout the year, that impression never wavered. I had indeed joined a great team, and I was glad I was able to play baseball with them. That touched me, and I never would have felt that if I hadn't gone for myself to see what baseball was like over there." 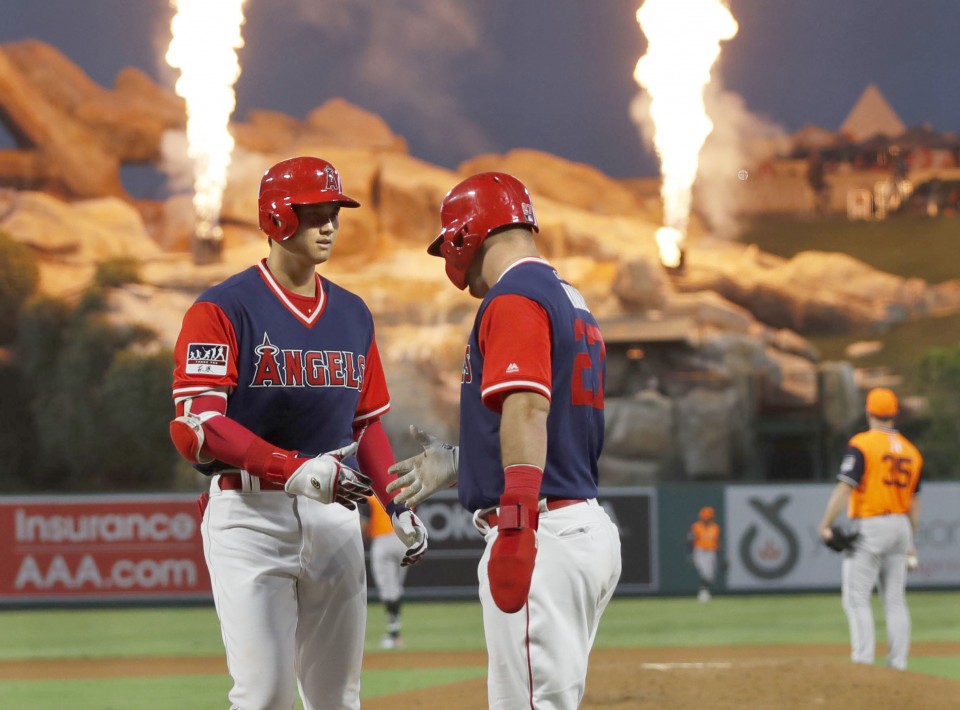 (Shohei Ohtani and Mike Trout shake hands after Ohtani hit a two-run home against the Houston Astros on Aug. 25)

"The team was loaded with star players, and they all had some influence on me, but if I have to name one person it would be Mike Trout," Ohtani said.

"Among baseball's best he is at the top, and that goes not only for his skill but also his character. He is something special."

Although he anticipated differences in the way baseball is played in the majors, Ohtani said the work ethic of individual major leaguers toward mastering their craft was a surprise.

"I think the biggest difference is in the area of technique," he said. "One look and you know there is a difference in physiques. Everyone is looking to improve upon the skills they already have. It went beyond what I imagined. In response to that, I understood I needed to change my thinking and try and improve even in areas I hadn't yet considered."

"This realization didn't come to me all of a sudden, because I came in thinking that as much as possible I was going to keep playing my kind of baseball. Moving away from that was a big thing for me."

That statement puts his now famous adjustment to his batting stance in perspective. Throughout the preseason, he employed the same leg kick he had in Japan and struggled. He ditched the leg kick in his final preseason game and entered the season hammering pitches all over the field.

"I've always been like that, always looking for a way to do something better," he said. "Like most players, I've never paid any attention to preseason results, but something needed to give."

Ohtani has credited the switch to advice from coaches and teammates, but he also visited Ichiro Suzuki after he signed with the Seattle Mariners in March. He said Suzuki, the last Japanese player to win a Rookie of the Year Award, helped put him on the right track.

"I wasn't playing as I imagined and mentally, too, I was struggling," Ohtani said. "I sought out a person with a lot of experience. I met him and came away in better shape, both in terms of attitude and approach, and that's how I went into the season."

Because scouts considered Ohtani's batting to be the weakest part of his game, his failure to hit in February and March attracted the most attention. Yet, Ohtani said it was his inability to pitch up to his standards that concerned him the most.

"Never had I gone into a season without doing anything in the spring like I did this year," he said. "And in particular, I was most anxious about my pitching." 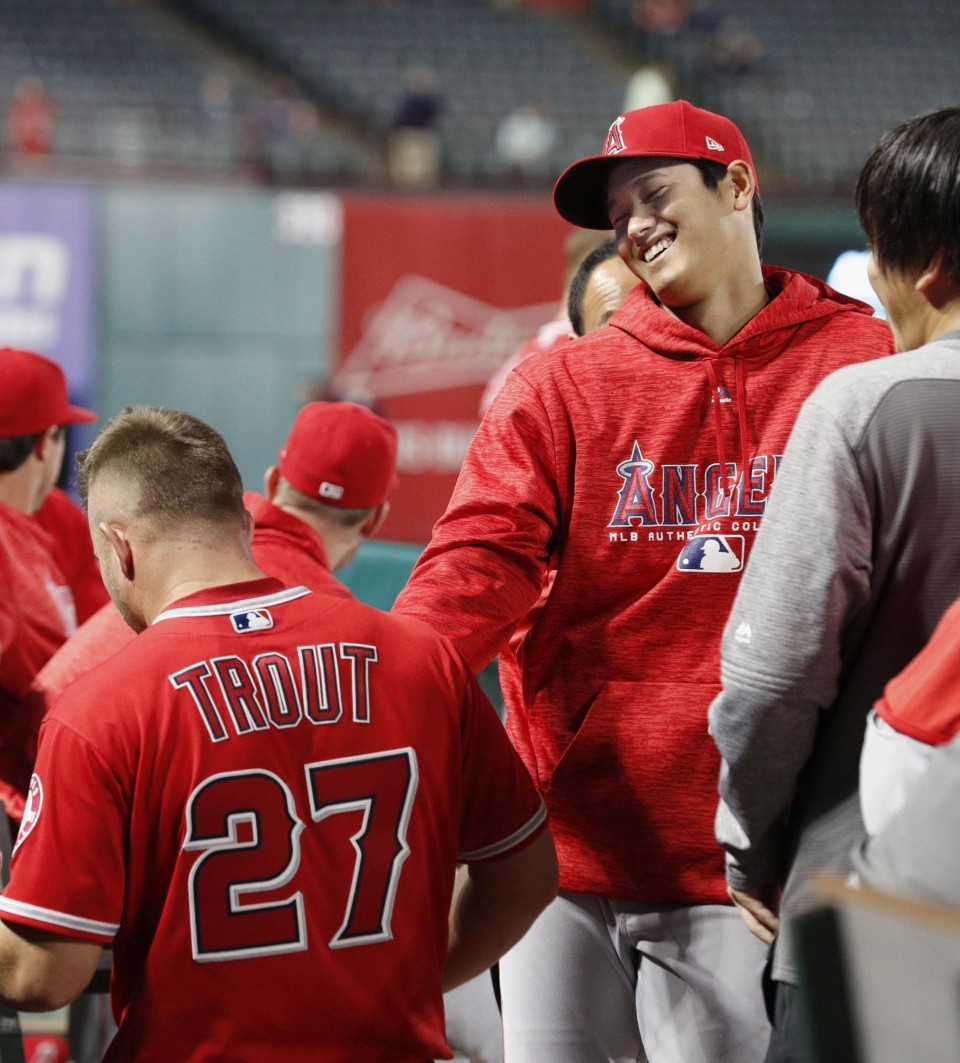