International Olympic Committee President Thomas Bach said Tuesday that there is no "plan B" if 2026 Winter Games bids from Stockholm and two Italian cities are withdrawn, reiterating that Sapporo is not a fallback option.

Speaking exclusively to Kyodo News in Tokyo, Bach acknowledged that challenges to both bids remain, but said that the Swedish and Italian options -- in Milan and Cortina -- remain "excellent projects" that are in line with the IOC's cost-cutting Olympic Agenda 2020.

"There is great use of existing facilities (in the Swedish and Italian bids), it is about traditional winter sports countries and areas and they still have to work, one way or the other, to convince everybody to come together. This we have to acknowledge," he said.

On the prospect of Sapporo, the capital of Japan's northernmost island prefecture of Hokkaido which originally threw its hat into the 2026 ring before shifting its focus to a 2030 bid, coming to the rescue, Bach said it is not an option and that it did not come up when he spoke to Sapporo Mayor Katsuhiro Akimoto.

"The mayor expressed his thanks...for the sympathy that the IOC has been showing with the victims of the earthquake in Sapporo and the region and also for the understanding that we have shown. And that, under the circumstances, they did not want to follow up on 2026." 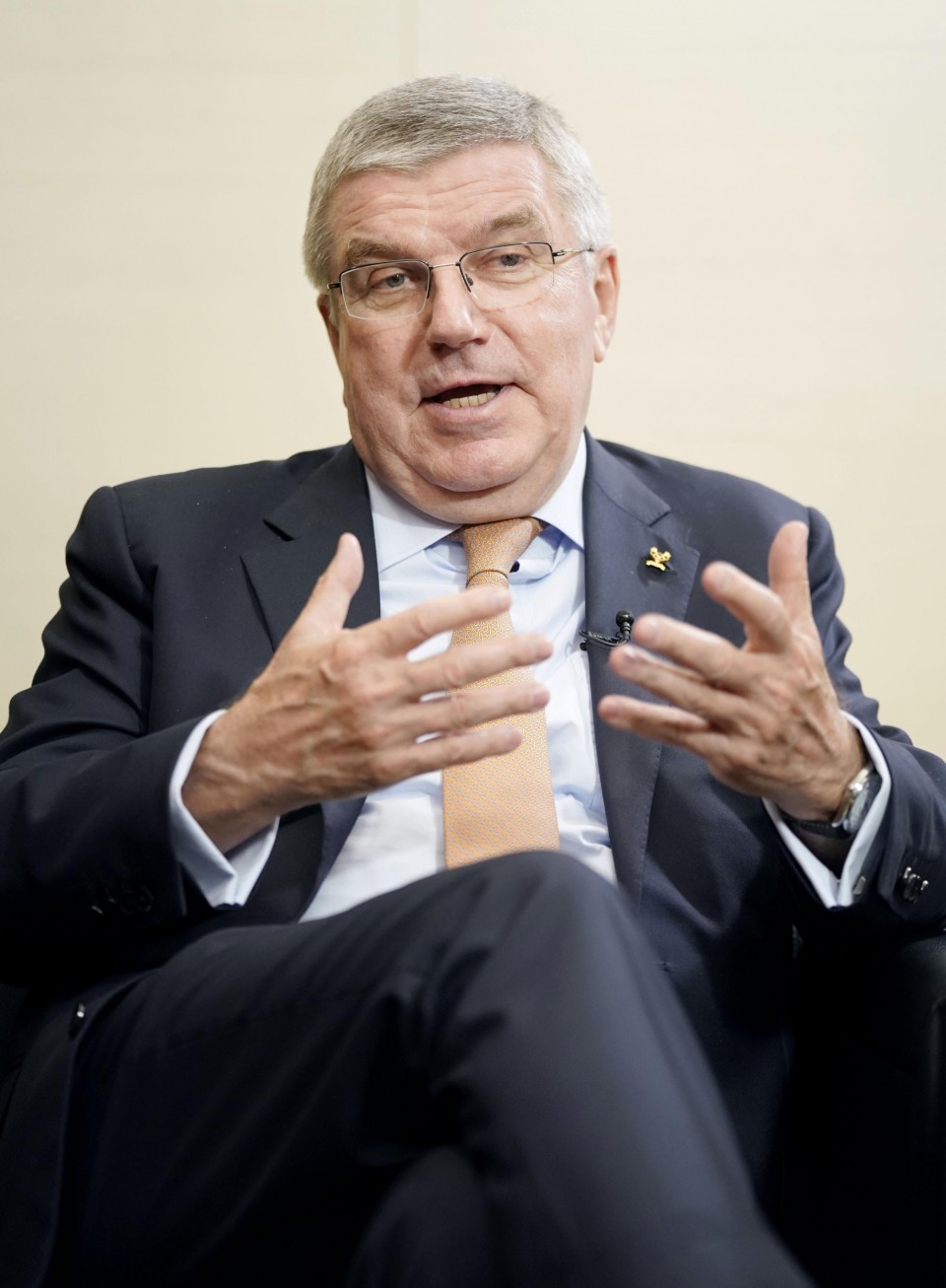 A magnitude-6.7 earthquake rocked the southwestern part of Hokkaido including Sapporo on Sept. 6, killing dozens of people.

He did reiterate, however, that Sapporo confirmed its plans to bid for the 2030 Games, and that the city's intention, along with expressions of interest from other parts of the world, shows there remains a strong confidence in the "power of the Olympic Games."

The German said, however, that the recent withdrawal of Calgary's 2026 bid after 56.4 percent of the city's residents voted against it in a plebiscite was an expression of an anti-establishment mood, not a response to Olympic-related concerns specifically.

He said that people have lost faith in authorities to make such decisions and that if governments, businesses and the sports movement all agree that hosting an Olympics is a good idea despite a lack of public support then "there must be something wrong" and they "do it because they just want to fill their pockets."

"It is just this anti-establishment wave which is existing in not only a few Western countries," he added.

Given the adversity the 2026 bids are facing, Bach was happy to hail the successes he has witnessed and the welcome he has received since arriving in Tokyo, his first visit since 2016.

Bach was full of praise for Tokyo 2020 organizers who have already more than filled their 80,000-volunteer quota for the 2020 Games, with 44 percent of applicants being non-Japanese citizens.

"I think (the foreign volunteer interest) is something Japan and the Japanese should be really proud of because it shows the confidence and it shows how much the people all over the world are looking forward to these Olympic Games in Japan and they all want to be a part of it," he said.

On the Tokyo 2020 Organizing Committee's hope to move the marathons to an earlier 6 a.m. start time to beat the sweltering Tokyo summer heat, the IOC boss was clear that the decision will be made with athlete welfare as the primary concern, and that any other challenges can be overcome.

When asked about the prospect of track and field finals, like those for swimming events, being moved to the morning, Bach said the IOC is open to it because it allows the widest possible audience to see the athletes on show.

"This is sometimes not easy, it is a jigsaw puzzle because you have 28 sports which are fighting for the best spot in the program. But, (from) what I have heard so far, I think this looks like there will be a good solution for everybody."

Bach also mentioned that plans are being formulated for him to make a visit to Hiroshima during the Tokyo 2020 torch relay, but that nothing has yet been confirmed.