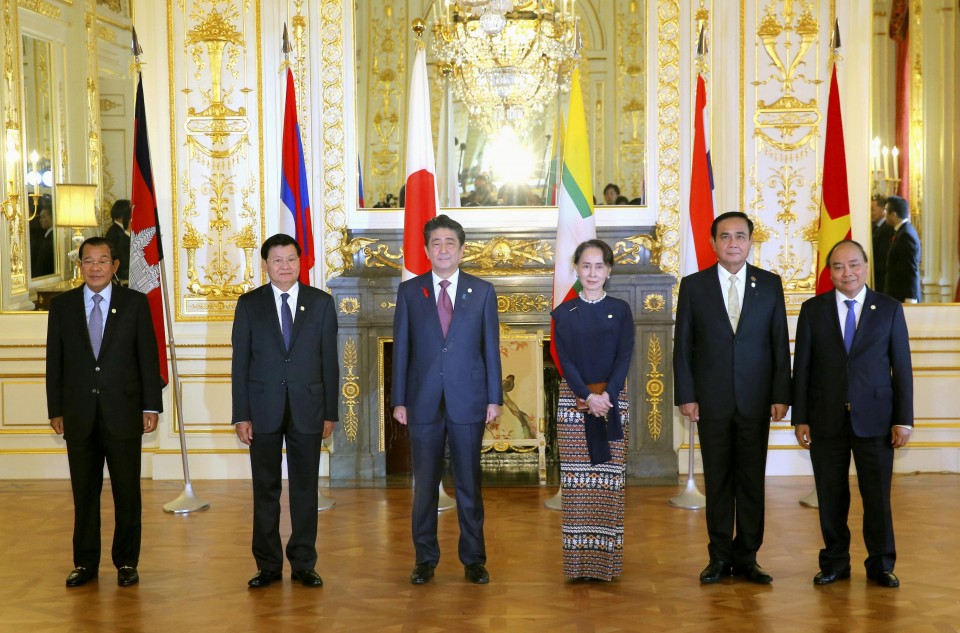 On regional security, the leaders reaffirmed their commitment to addressing tensions over North Korea's nuclear and missile programs and the South China Sea, where China has been expanding its military clout, according to the document.

"We want to make efforts to realize peace, development, sustainable growth and a rich, prosperous future for this region," Abe said in a press conference after the summit. He expressed Japan's readiness to provide support for 30,000 workers in various sectors in the Mekong region over the next three years.

Under the "Tokyo Strategy 2018 for Mekong-Japan Cooperation," the leaders of the Mekong countries welcomed Japan's policy to realize a "free and open" Indo-Pacific, designed to promote stability and prosperity in areas between Asia and Africa rooted in rule-based order and freedom of navigation.

The Mekong region is seen as a promising market and an important destination for Japanese companies' infrastructure exports as its combined population stood at 238 million and its aggregate gross domestic product totaled $781 billion in 2017, according to the International Monetary Fund.

Tokyo also views the Mekong area as geopolitically important as it is located between India and China, two major powers in the region, and faces vital shipping lanes in the South China Sea, Japanese officials said.

The six leaders also reaffirmed the need to modernize customs to facilitate cross-border security and customs clearance and pledged to support the participation of non-Mekong countries in the supply chain of the Mekong region.

They agreed to promote cooperation in the fields of telecommunication, cybersecurity and broadcasting, and underlined the significance of human resource development in light of the advancement of artificial intelligence, digital-related areas and international business.

They also called for accelerating progress toward achieving universal health coverage by 2030, or ensuring that every person can obtain the health care services they need without suffering financial hardship, and promoting collaboration in the field of education. 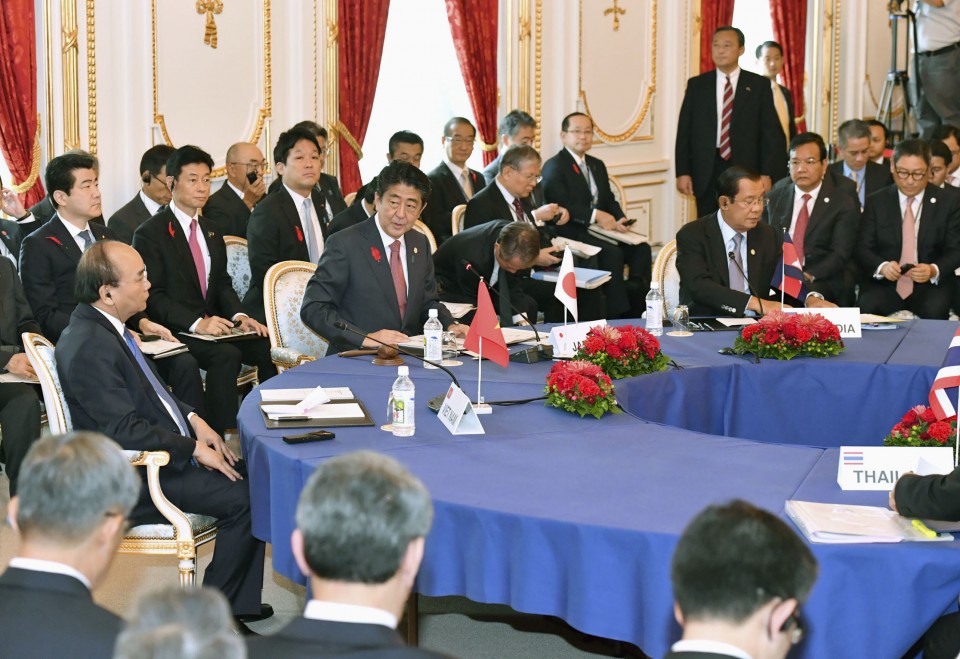 With the aim of realizing a "Green Mekong," the leaders cited measures against climate change and marine debris pollution, water resource management and disaster risk reduction as their priority areas, according to the document.

On North Korea, the leaders welcomed ongoing diplomatic moves, including the first-ever U.S.-North Korean summit in June, as a step toward the comprehensive resolution of outstanding issues involving the country.

They also called for the realization of Pyongyang's "complete, verifiable, and irreversible dismantlement of all weapons of mass destruction and ballistic missiles of all ranges" in accordance with U.N. resolutions.

In the press conference, Abe also said Japan has gained support from the Mekong countries in its attempt to resolve the issue of past abductions of Japanese nationals by the North.

As for the South China Sea, they "took note of some concerns" over the situation, including land reclamation and activities in the area, alluding to China's muscle-flexing without singling out the country by name.

The leaders expressed their readiness to maintain freedom of navigation in and overflight above the South China Sea. Among the participating countries, Vietnam has overlapping territorial claims with China in the waters.

The Mekong-Japan Summit has been convened every year since 2009, with the aim of pursuing sustainable development and narrowing the development gap in the region. Japan hosts the gathering every three years.