The All Blacks and Wallabies set very high standards when it comes to their rugby, and judging by comments over the last two days, Japan's position as host of Rugby World Cup 2019 is getting an A grade as far as off-the-field preparations are concerned.

New Zealand hooker Codie Taylor said Monday he felt like royalty in the short time he had been in Tokyo, while Australia coach Michael Cheika said a day earlier that his side's opening game of the World Cup at the Sapporo Dome "will be an experience for players and fans alike, like none other." 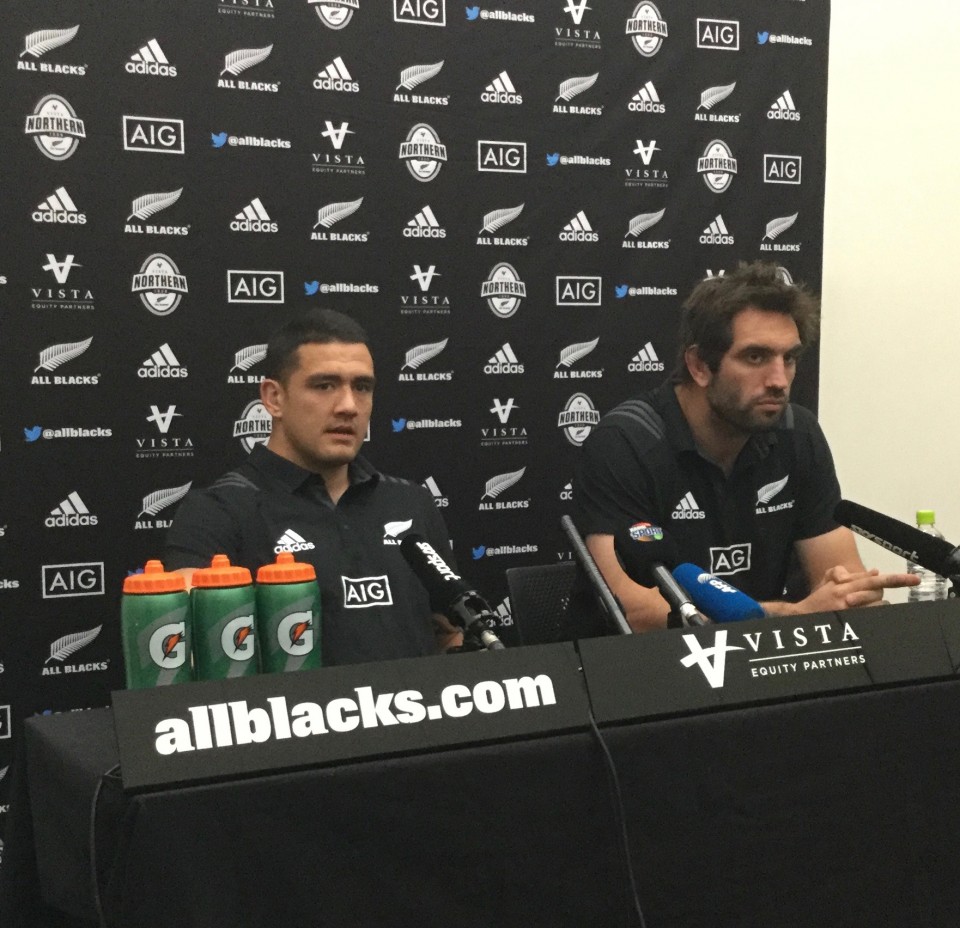 (All Blacks Codie Taylor, left, and Sam Whitelock talk to the media in Tokyo)

The two finalists from the 2015 tournament meet on Saturday at Yokohama's Nissan Stadium.

And while the third Bledisloe Cup game is a dead rubber with the All Blacks having already retained the trophy, the week will be invaluable for both teams as they look ahead to next year.

"We are aware of the fact we are in Japan and that the World Cup is here next year," Taylor said.

"It's a great chance for us to come here and experience the culture, and hopefully we are all involved next year to really embrace ourselves amongst Japan and get involved in a great World Cup."

The All Blacks arrived over the weekend and will be in Japan for two weeks, taking on the Brave Blossoms at Tokyo's Ajinomoto Stadium a week after the Bledisloe game before they head to Europe to play England, Ireland and Italy.

In keeping with the All Blacks doctrine of never looking too far ahead, the team are trying to take things one game at a time.

"We have to make sure we concentrate on Australia and once we have done that we can focus on Japan," said lock Sam Whitelock.

However, by staying in the same hotels and using the same training grounds as they will next year at the World Cup, the players cannot hide from the fact that this week is slightly different, particularly given the first game is being played at a neutral venue.

"Having a test in another country adds a different element of excitement," Taylor said. "It gives us a chance to bring a huge test to Japan which is a real developing rugby nation."

And it also helps Taylor and his teammates get used to some of the cultural differences that exist.

"The people are amazing," he said. "You feel like a king when you walk around and the people are willing to do anything for you...They are so respectful over here...it's good to get a feel for how they do things."

"And the food is amazing. Hopefully we don't blow out in the next week or two," he added.

While Taylor was praising the Japanese people and food, Cheika marveled at the local ingenuity.

"I was really surprised by the venue," he told reporters after visiting the indoor venue that will play host to Australia and Fiji on Sept. 21, 2019.

Cheika marveled at the technology of the dome, which converts from a baseball stadium to one for rugby courtesy of a field that rolls from outdoors on wheels and air pressure through a sliding wall.

"You see it from the outside, but when you're in there, you're going to realize that that opening game for us is going to be a really special occasion because there's not many games of rugby that are played in stadiums like that, or inside a venue like that, at all."