Teachers and officials at elementary, junior high and high schools across Japan are working more than 11 hours per day on average, raising concern about serious health repercussions or even deaths, a government survey showed Tuesday.

Senior staff such as vice principals were found to have worked particularly long hours, with their daily average standing at about 12.5 hours.

This means they worked 4.5 extra hours per day, or 90 hours per month, well over the 80-hour monthly overtime threshold, beyond which the risk of "karoshi" or death from overwork, could increase.

In the survey which drew responses from some 35,000 school teachers and officials, 80.7 percent said they have stress or concerns related to work, of whom 43.4 percent cited long working hours as the cause of their distress in a multiple-choice question.

Among other reasons behind stress, 40.2 percent cited personal relationships at work and 38.3 percent dealing with parents.

The survey results were mentioned in a white paper on measures to prevent death from overwork adopted by the government on Tuesday. The document was released based on a law to promote steps against death from overwork, which came into force in 2014. 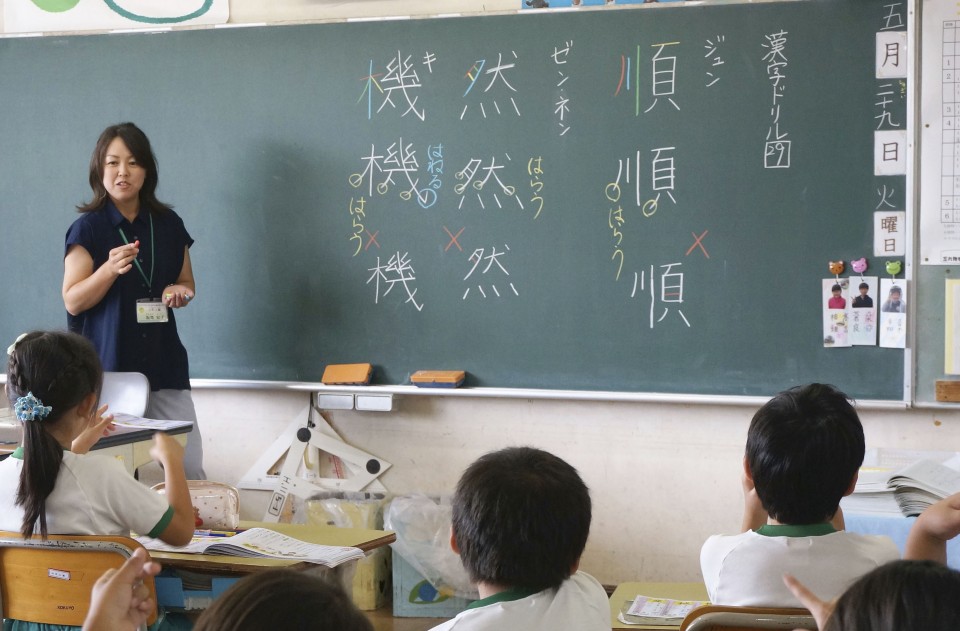 Asked about necessary measures to prevent overtime work, 78.5 percent of the teachers and school officials polled called for an increase in staff followed by 54.4 percent seeking a review of school events, 43.1 percent better communication among teachers and 38.8 percent shorter school meeting hours.

The white paper also touched on the need to conduct stress tests to make workers aware of their conditions and help create a better working environment.

The paper also looked into doctors and nurses who were awarded workers' compensation. While many nurses developed psychological disorders due to violent behavior by patients or witnessing suicides, most of the doctors were awarded compensation due to long working hours.

The document cited a separate survey responded to by about 9,400 medical personnel, in which the biggest number of doctors and nurses said they needed to work extra hours due to paperwork.

The government is aiming to slash the proportion of employees working more than 60 hours per week to maximum 5 percent by 2020. In 2017, the figure stood at 7.7 percent, unchanged from the previous year.