Becoming the first retailer to have an exhibit at the Combined Exhibition of Advanced Technologies known as CEATEC, Lawson displayed a cooking robot designed to prepare food as per customer preferences and gave a demonstration of a virtual clerk capable of offering shopping and dietary advice using artificial intelligence technology. 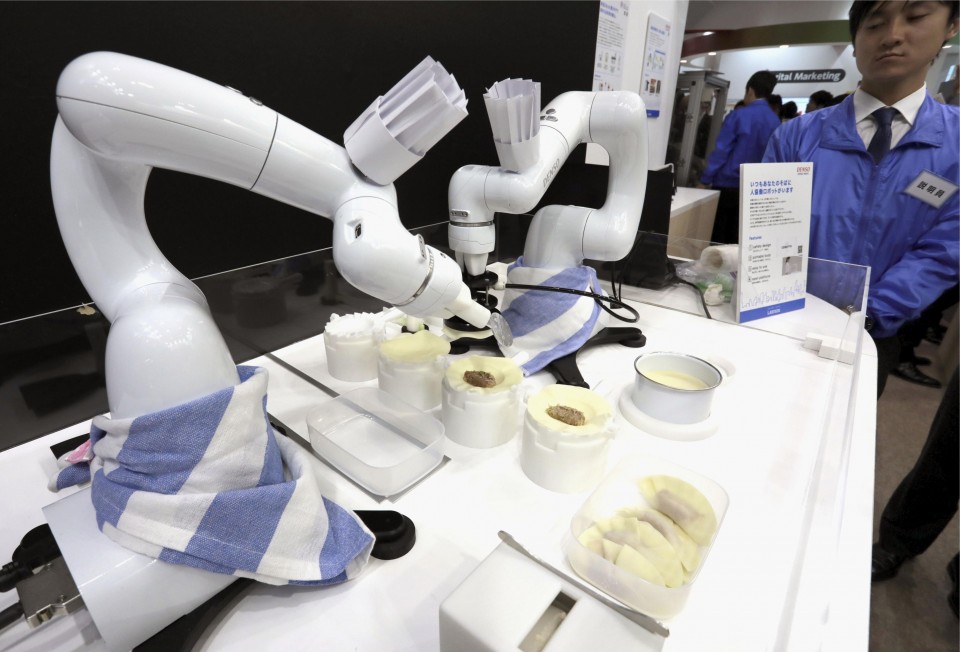 While unmanned shops without cashiers are not new to the industry with Amazon.com Inc. and Alibaba Group having set up such stores, Japan, despite its rapidly graying society, has been slow in promoting cashless payment.

At the four-day event through Friday at Makuhari Messe convention center in Chiba Prefecture, visitors can experience the grab-and-go shopping and actually purchase some items if they have installed a settlement application such as Rakuten Pay in their smartphones.

Lawson said it aims to introduce the unattended stores across Japan from 2025. The company has just launched its banking business using the network of more than 13,000 automated teller machines located in its shops throughout the country.

At the 19th technology expo, over 700 companies and organizations from 20 countries and regions are showing their latest technologies and products, and some 160,000 visitors are expected.