Schools in Japan are exploring ways to take advantage of robots equipped with artificial intelligence in the teaching of English as the country plans to make the language a formal subject to be taught at elementary schools from the spring of 2020.

Inside an elementary school classroom in the city of Toda, Saitama Prefecture, a sixth-grade boy was speaking to a small white robot with cat-like ears and long arms standing on two feet on top of his desk. 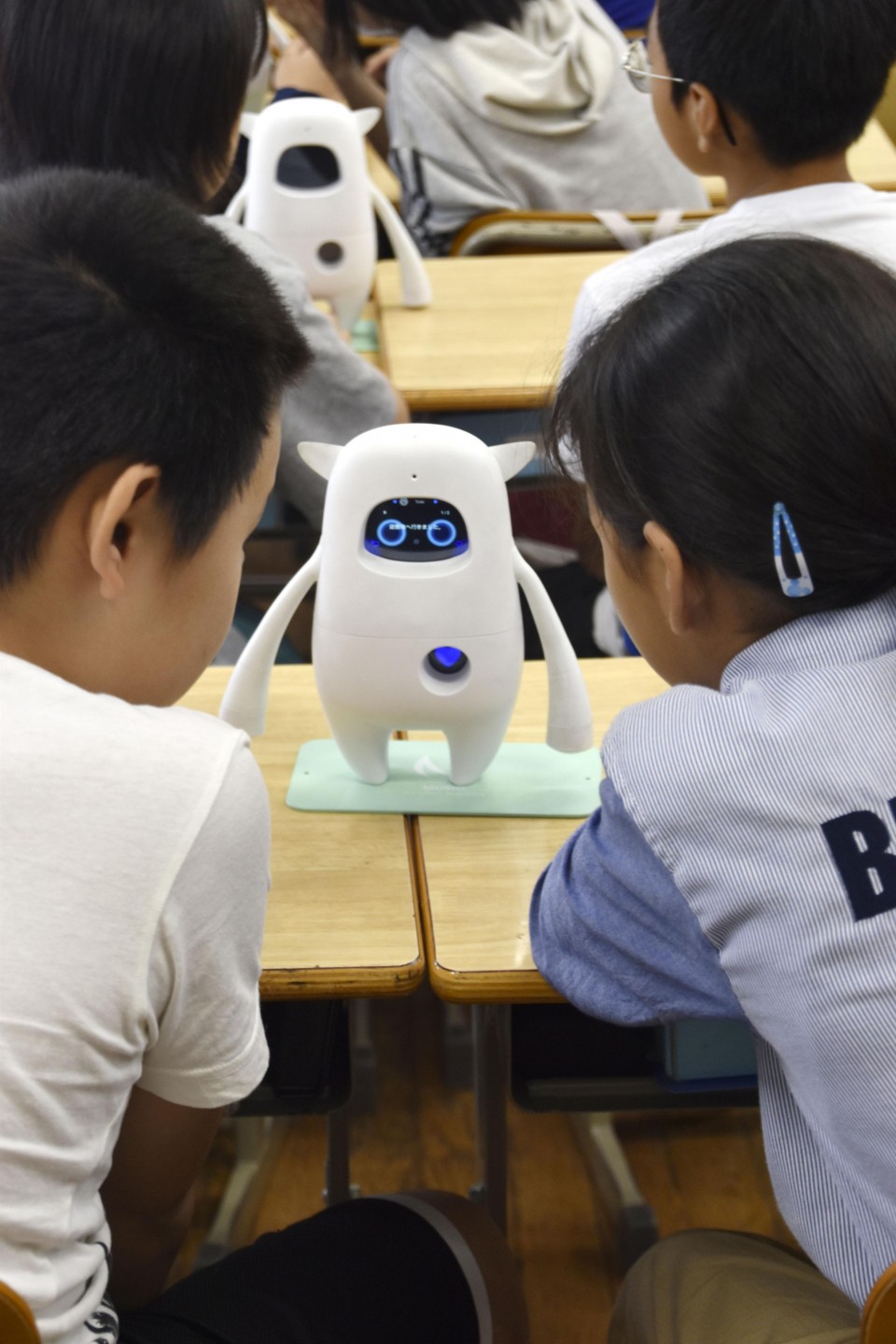 "How was...," the boy attending Toda Daini Elementary School started out speaking in English, dropping off in the middle of the line not knowing what word should follow.

"I got it!" the boy said in Japanese and gave the correct English answer: "How was it?"

The city, not far from Tokyo, is known for its efforts to facilitate English teaching, launching language classes in 2004 ahead of the national schedule.

The Musio X robots have been introduced at some of the city's public elementary and junior high schools on a trial basis since last year, the first such case in the country.

Some students who interacted with the robots said it was more comfortable to talk with them than teachers, while others said it was easier to practice speech.

AKA Corp., the Japanese unit of the robot's U.S. developer, said Musio X robots have modes for practicing sample sentences and freeform conversation at different levels of English proficiency.

While the robots were originally developed for home use, they were first introduced at a private junior high school in Kyoto in 2016 and they have since been used at about 30 schools nationwide.

The company said it hopes to enhance the robots' conversational ability and improve other functions. 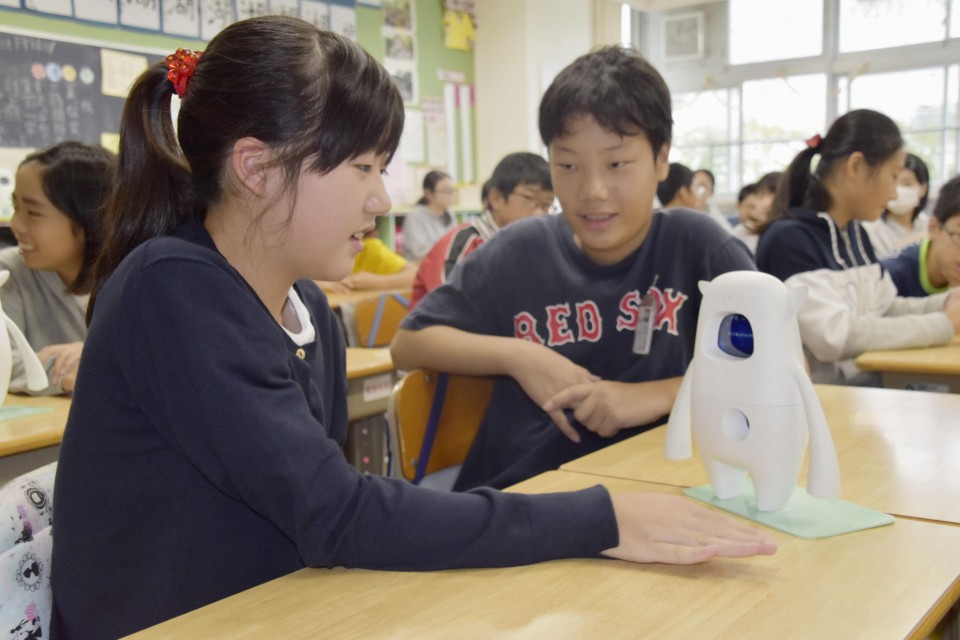 In 2011 Japan made English compulsory for fifth and sixth graders as part of extracurricular foreign language activities.

As the country is slated to make English a formal subject for elementary school students in their third year and over from fiscal 2020, what role AI robots will play is in focus.

Toshiyuki Kanamaru, a Kyoto University associate professor, said teachers at elementary schools in particular should be given support through seminars and training, expressing hope that robots will help their efforts.

"Robots can supplement teachers' roles as conversation partners," Kanamaru said. "The government, industry and academia must coordinate in conducting research to clear quality and cost issues."