The meeting in the Mongolian capital of Ulan Bator could be consistent with Abe's stated desire to arrange a summit with North Korean leader Kim Jong Un after he receives assurances about progress on the long-standing issue of abductions of Japanese nationals by Pyongyang in the 1970s and 1980s.

Among major countries dealing with the North Korean nuclear issue, Japan is the only one to have been kept at arm's length since Kim began a string of diplomatic engagements this year. In addition to holding talks with Chinese, South Korean and U.S. leaders, Kim plans to hold a meeting with Russian President Vladimir Putin by the end of the year.

During his visit to Mongolia from around Oct. 6 to 8, Shigeru Kitamura, who heads Japan's Cabinet Intelligence and Research Office, met with North Korean officials, including a senior figure from the United Front Department of the Workers' Party of Korea, according to the sources.

The department is an intelligence organ mainly focused on South Korean affairs.

Admitting that the meeting took place, a senior Japanese government official told Kyodo News that "I heard they discussed how the abduction issue should be solved between Japan and North Korea."

It is believed that the contact between intelligence authorities representing Tokyo and Pyongyang is the first of its type in about three months. 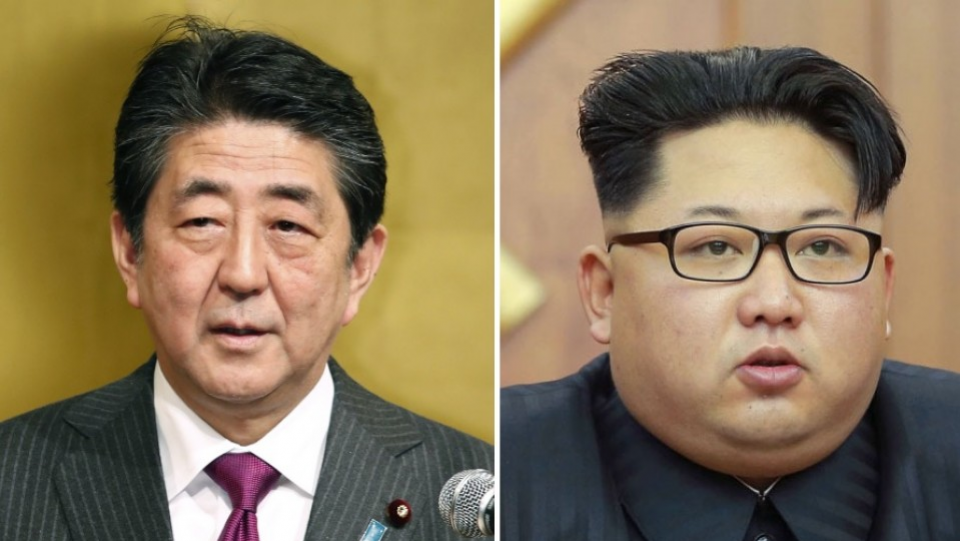 The latest revelation sheds light on Abe's increased reliance on behind-the-scenes communications with North Korea, using intelligence authorities rather than the Foreign Ministry.

His approach seems to be similar to that of U.S. President Donald Trump, who mainly employed the Central Intelligence Agency to set the stage for his first summit with the North Korean leader in Singapore in June.

Japan has sounded out North Korea about its plan to open a liaison office in Pyongyang in the hope of resolving the abduction issue, sources with knowledge of the matter said earlier this month.

Japan officially lists 17 nationals as having been abducted by North Korean agents in the 1970s and 1980s but alleges their involvement in many more disappearances. Five of the 17 were repatriated in 2002.

So far, it has been learned that Pyongyang, reversing an earlier claim, unofficially told Tokyo that one of the 17 abductees, Minoru Tanaka, had actually entered North Korea.

Kitamura, a former head of the National Police Agency's intelligence department, might have discussed during the October meeting how to confirm the whereabouts of Tanaka and other abductees.

The Japanese government has publicly withheld information both about Tanaka's entry into North Korea and the recent meeting in Mongolia.

Kitamura, seen as a trusted confidant of Abe, gathers and analyzes information on both domestic and international affairs and reports to the prime minister, who has said North Korea's nuclear, missile and abduction issues should be resolved altogether.

The United Front Department is headed by Kim Yong Chol, a vice chairman of the ruling party who is a close aide to the North Korean leader. Kim Yong Chol visited the United States in May as the country's highest-ranking official to do so in nearly two decades.