Hideomi Ryu played a central role in getting his native city of Kumamoto elected to host games for the 2019 Rugby World Cup, even when naysayers thought it was no more than a pipedream in a community dominated by baseball.

The 75-year-old chairman of the Kumamoto Rugby Union had worked tirelessly to spread the game in Japan's southwestern prefecture for years. Even so, he knew the odds were against a city with such a small rugby population hosting games for the World Cup. 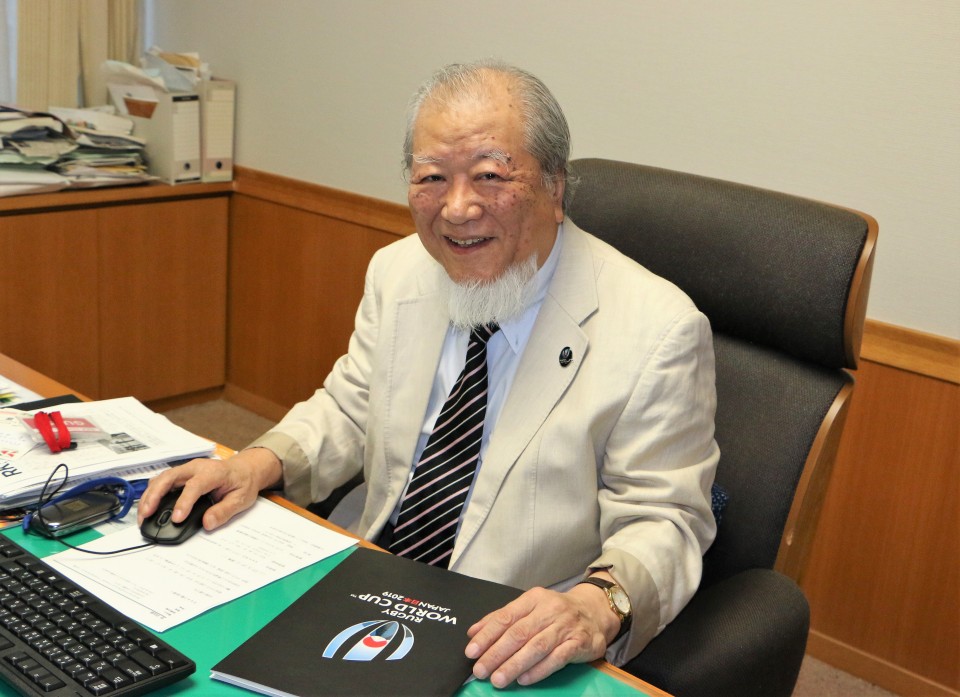 "To tell the truth, I was not confident we'd be elected as a host city, with only about 1,500 rugby players in the prefecture," Ryu said in a recent interview with Kyodo News.

The chairman worked for a local TV broadcaster, playing a key role in getting it to sponsor a high school tournament in the prefecture, as part of the promotional campaign.

In Kyushu, one of the four main islands in Japan located about 900 kilometers west of Tokyo, four cities including Kumamoto were vying to host games for next year's World Cup matches. The Japan Rugby Football Union chose only three cities there, reportedly due in part to its remoteness from the capital.

In March 2015, Kumamoto secured the right to host games with two other cities in Kyushu -- Fukuoka and Oita -- despite fears that it would not be chosen.

"I believe our success can be attributed to Kumamon (Kumamoto's popular black-bear mascot) which paid a courtesy call on the national rugby football union with me and the governor of Kumamoto," joked Ryu. 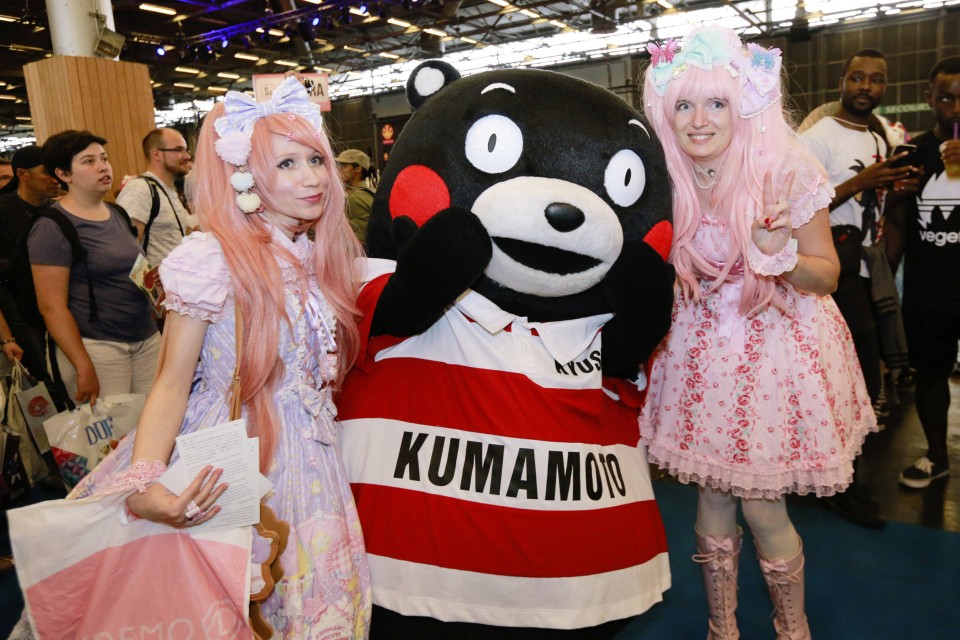 Everything appeared on course until a pair of major earthquakes struck the city on April 14 and 16, 2016. The quakes killed 50 people in Kumamoto Prefecture and later resulted in more than 200 additional deaths from diseases related to the disaster.

After sleeping in his car for a week to take shelter after the second strong quake, Ryu was stumped about what to do for the oncoming international sport event.

"I could not talk about rugby for a while as everyone in the city just struggled to restore his or her life," said Ryu, who has let his beard grow for the first time in his life since the series of quakes. "I'll shave it once we successfully finish our Rugby World Cup matches."

As of the end of September, some 24,580 people who lost their homes were still living in temporary housing or apartments allocated by the local government.

The stadium where the World Cup games are scheduled to be played was partly damaged while rescue and restoration activities in the city became top priorities.

The quakes, however, rather unexpectedly triggered interest in rugby among local people.

Many high-profile Japanese rugby players from the national team, which stunned powerhouse South Africa in the 2015 World Rugby Cup in England, visited the disaster-hit prefecture, such as prop Kensuke Hatakeyama and fullback Ayumu Goromaru. They held rugby clinics for children and encouraged local residents at their shelters. 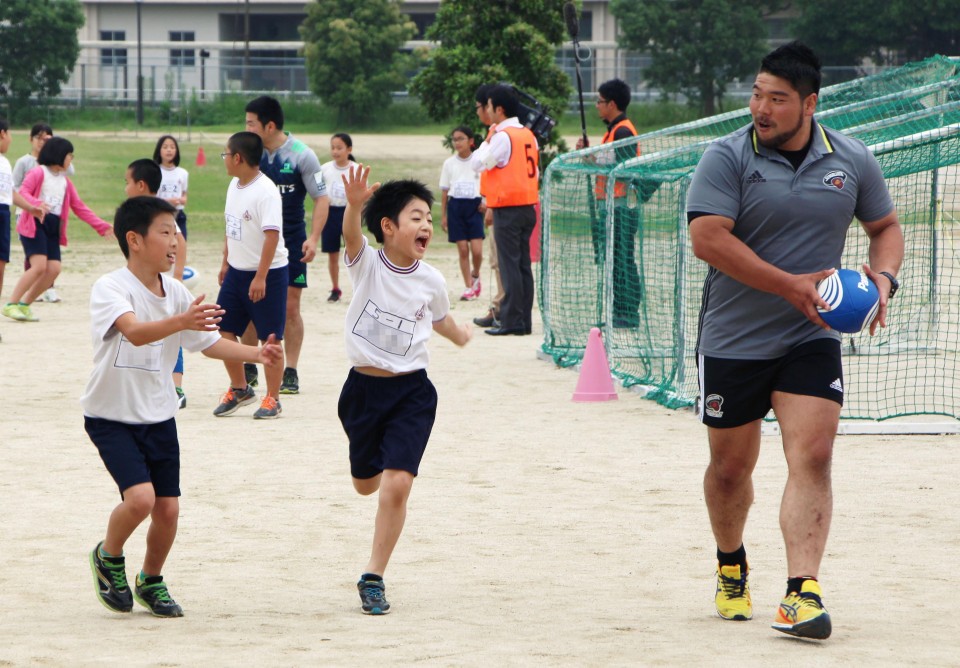 Ryu also feels the sport has gradually gained popularity among children, as tag rugby -- grabbing a tag belt around the player's waist instead of tackling -- has been widely introduced in schools, and Yutaka Nagare, who graduated from high school in the prefecture, was selected for the national team's scrum half in the 2018 season.

He now hopes to promote international exchanges with the four countries scheduled to play games in Kumamoto, with France facing Tonga on Oct. 6 and Wales taking on Uruguay on Oct. 13.

"I believe having such big rugby games will give hope to residents in the city and be a symbol of restoration from the earthquakes. It's a great opportunity to boost rugby's popularity in Kumamoto," Ryu said.

Ryu is also planning a friendship game between citizens of Kumamoto and Aix-en-Provence -- Kumamoto's sister city in France -- in his city before the French national team plays against Tonga. 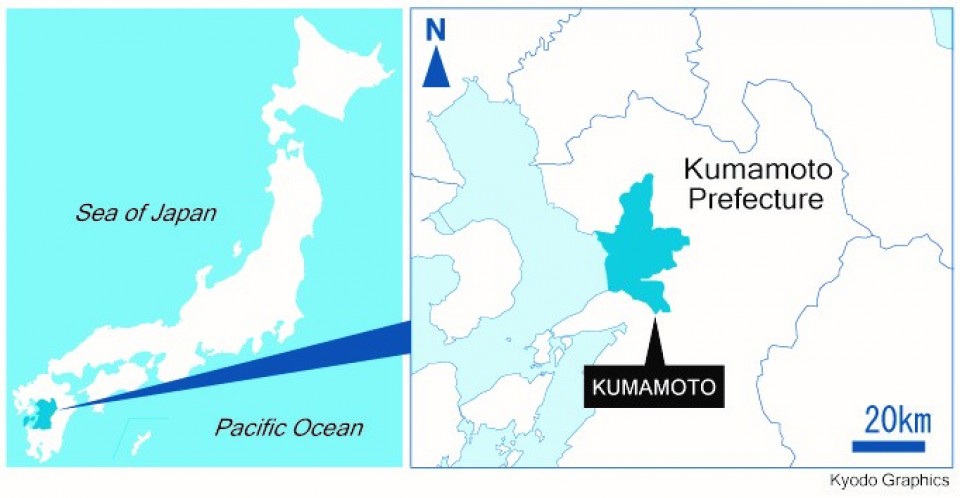 Egao Kenko stadium, the playing field for the World Cup in Kumamoto, was turned into a makeshift stockyard of relief goods for evacuated residents after the quakes.

Preparations were stalled. Instead of installing chairs with backrests at the main stand and new rugby goalposts, dozens of large trucks loaded with necessities for the evacuees started to arrive at the stadium a day after the first quake.

"We initially began to fetch boxes from the arriving trucks with around 15 city officials, but we soon realized it was impossible to keep up with unloading all the vehicles," said Tsugutoshi Kai, a senior Kumamoto city official who was in charge of managing the relief operation.

"At the peak, more than 30 trucks surrounded the stadium and lined up in turn to be unloaded. But it took at least several hours to get all boxes down from the bed of a single truck," Kai recalled.

Later in the week, about 800 volunteers showed up and unloaded 95 trucks in one day. Hundreds of people continued to provide help there for about a week until units of the Ground Self-Defense Force were dispatched. 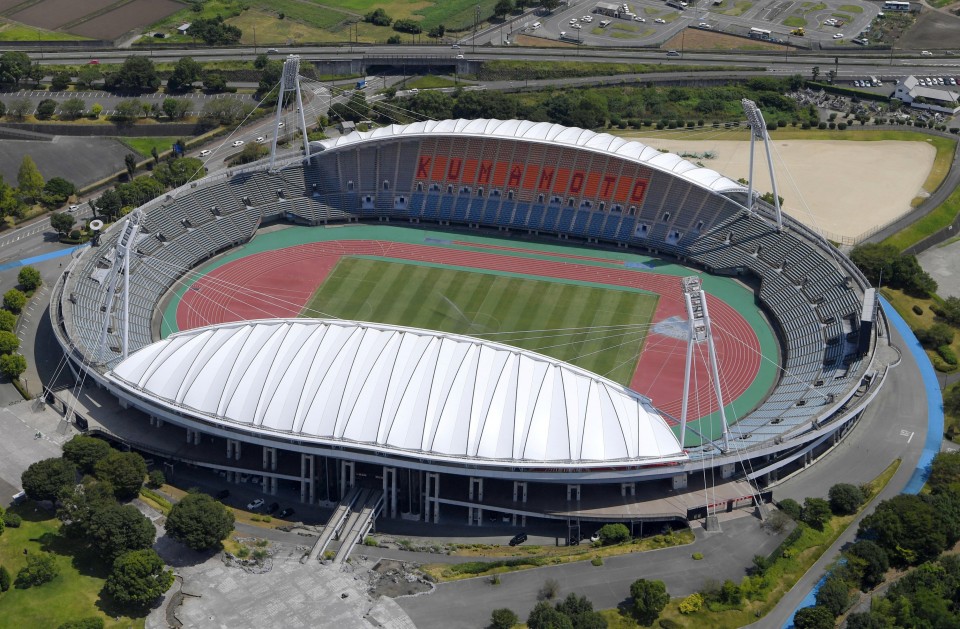 Now, after about a year of repair work, the stadium that served to maintain local residents' daily life following the quakes has returned to its original role as a venue for the Rugby World Cup and home ground for J-League second division team Roasso Kumamoto.

"I am now very pleased to be having the Rugby World Cup matches at the place that was used as an important site during those disastrous days," said Kai.

The local authorities have begun to boost activities to promote Kumamoto to foreign rugby fans. Its mascot Kumamon, dressed in the national rugby team kit, participated in the Japan Expo held in Paris in July. Around 12,000 tourists are expected to visit Kumamoto to watch the World Cup games.

Shingo Terano, secretary general of the Kumamoto international sports event promotion bureau, said the World Cup will provide a legacy for the city.

"Kumamoto is not famous outside Japan, but hosting the Rugby World Cup will definitely be a milestone in its restoration from the quakes and a legacy for Kumamoto's sports history."