Four clubs expressed an interest in signing Neo in the draft's first round, in which the right to negotiate with a player selected by multiple teams is won by the drawing of lots.

"I've watched Chunichi's games on television since I was small," the 18-year-old Neo told reporters. "My goal is to become a player who can lead the team to victory. I want to contribute to the team, no matter what position I play."

The Lotte Marines claimed the rights to Neo's teammate, outfielder Kyota Fujiwara, a player known for his high-level batting, base running and fielding.

Kosei Yoshida, who pitched Kanaashi Nogyo high school into the Koshien finals against Osaka Toin, was selected by the Nippon Ham Fighters after they lost in their bid to secure Neo. 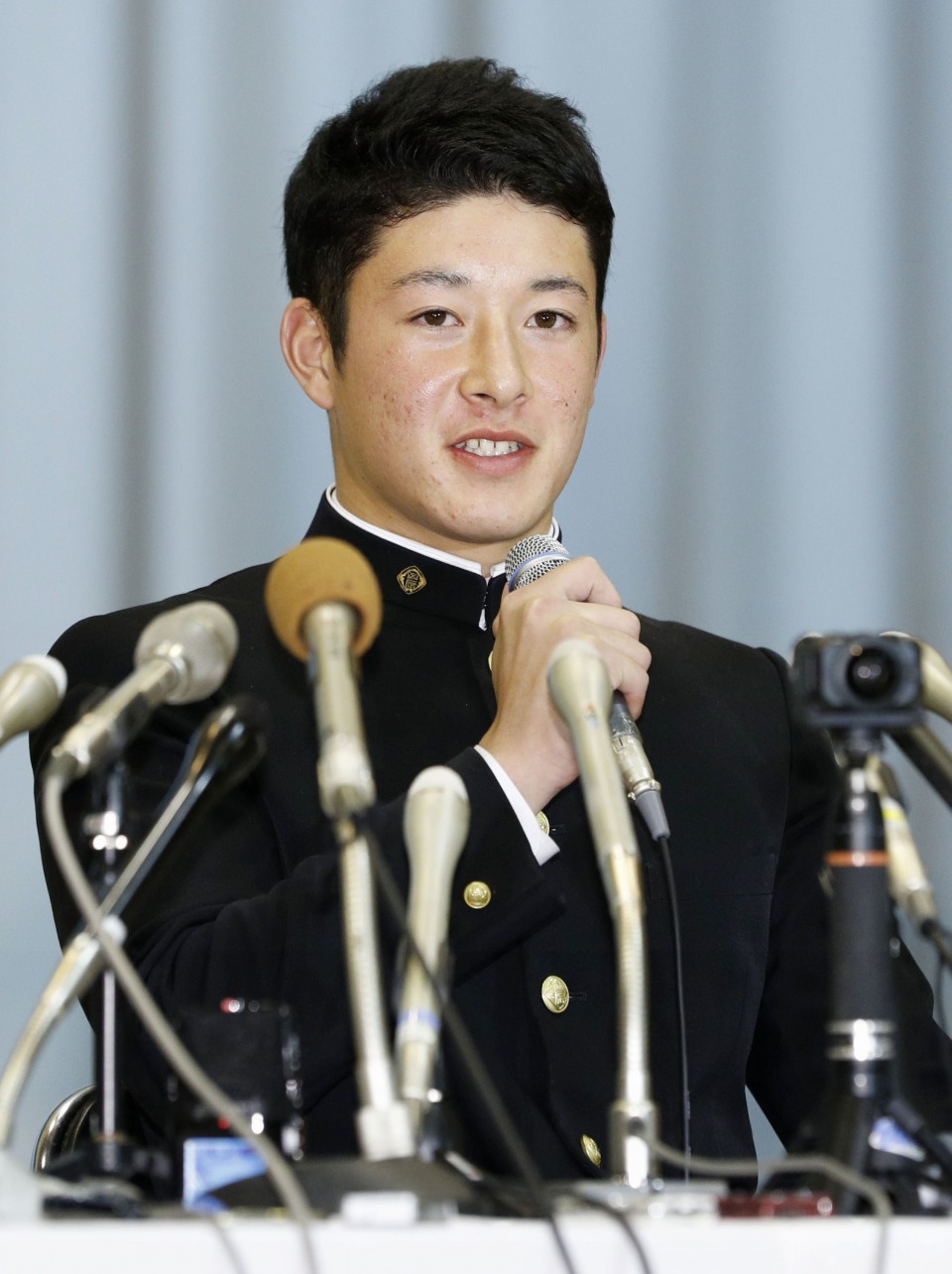 The 17-year-old gained fame when his team became the first from northeastern Japan's Akita Prefecture to reach the Koshien final since 1915.

"I'm relieved that my name was called. I would like to improve throwing my fastballs," he said.

The Hiroshima Carp beat out three teams in the first round to select Kaito Kozono, a speedy infielder with a strong throwing arm. The Seibu Lions secured pitcher Wataru Matsumoto of Nippon Sport Science University.

The NPB introduced its draft in 1965 to drive down the cost of signing amateur players by denying them the right to negotiate on the free market.

While adopting the draft system, the NPB refused to allow less successful teams to select earlier than strong teams -- as is done in Major League Baseball and many other professional leagues.

During the first round of the NPB's annual draft, each of the 12 teams nominates a player in secret, and when more than one team selects the same player, those teams draw lots for his negotiating rights.

Teams failing to get their first pick select another player and once more, if there are multiple selections, the winner is decided by the drawing of lots until every team holds the rights to one pick.