Ancients looked up into the night sky and imagined scenes from their great myths, shaping what we know as constellations.

Today, Godzilla, seen by many as the king of monsters, has joined other sci-fi fans' favorites like U.S.S. Enterprise from Star Trek, the Incredible Hulk and Doctor Who's TARDIS to form what NASA calls a set of new "modern constellations." 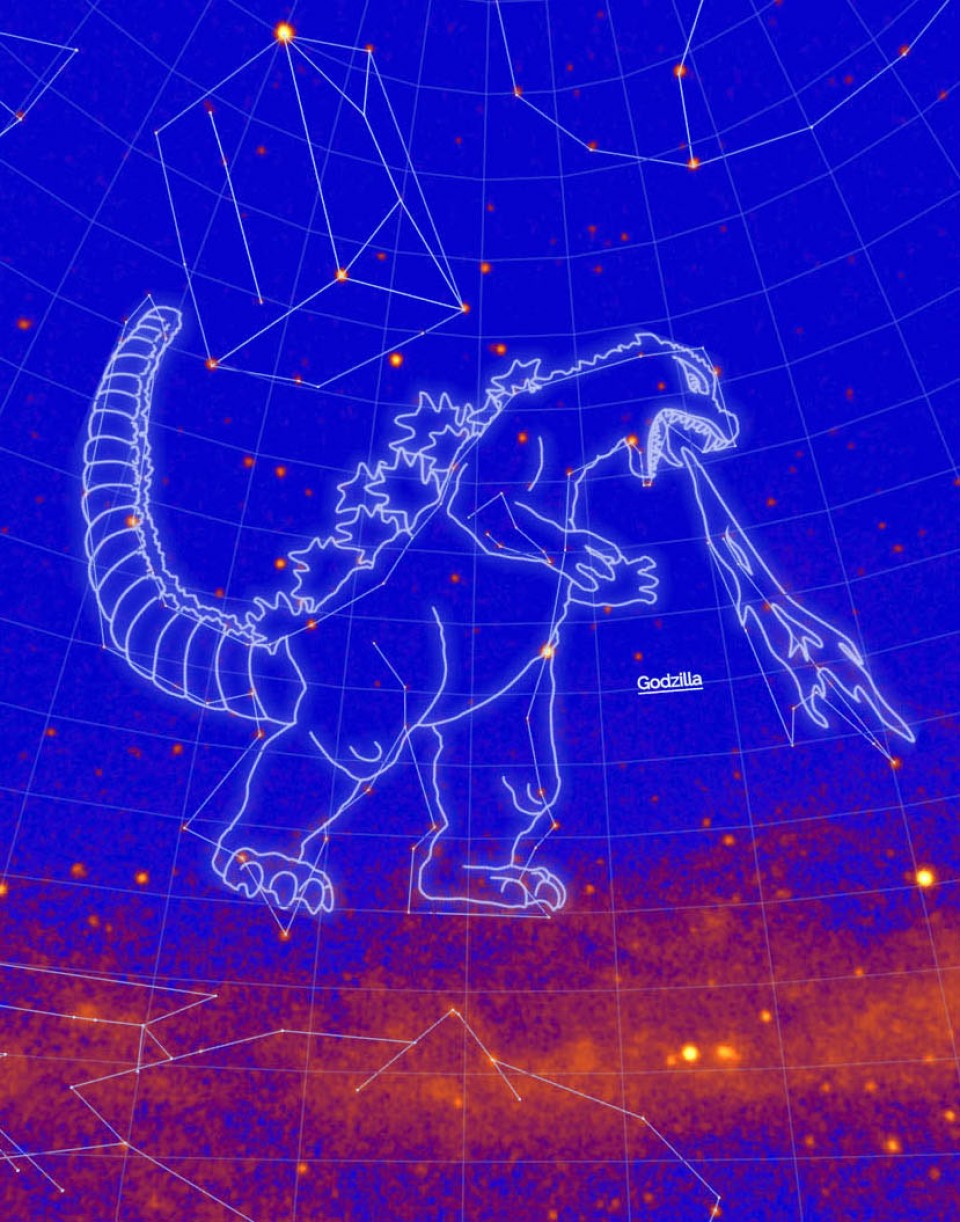 In a piece of fun publicity to mark the 10th year of operations of its Fermi space observation satellite, a team made up of the U.S. space agency and international astronomy researchers has unveiled 21 new gamma-ray constellations.

They are different from the 88 constellations defined by the International Astronomical Union, such as Orion and Cassiopeia, and you cannot see them unless you have your own telescope that can read gamma-rays from super deep space, like Fermi's Large Area Telescope.

"Godzilla ranks as one of cinema's most famous monsters and is among the most recognizable symbols of Japanese popular culture," says NASA on its website.

The first Godzilla film was released in Japan in 1954.

Other new constellations include the Little Prince, Albert Einstein and popular landmarks such as Mt. Fuji and the Eiffel Tower.