A small truck was overturned and five people were arrested for alleged groping or similar offenses over the weekend as some people clad in Halloween costumes became violent in Tokyo's Shibuya district, police said.

The small truck was surrounded by several people with some riding on its rear deck near JR Shibuya Station around 1 a.m. on Sunday. While the driver left the vehicle to alert police, the group overturned the truck, the police said. 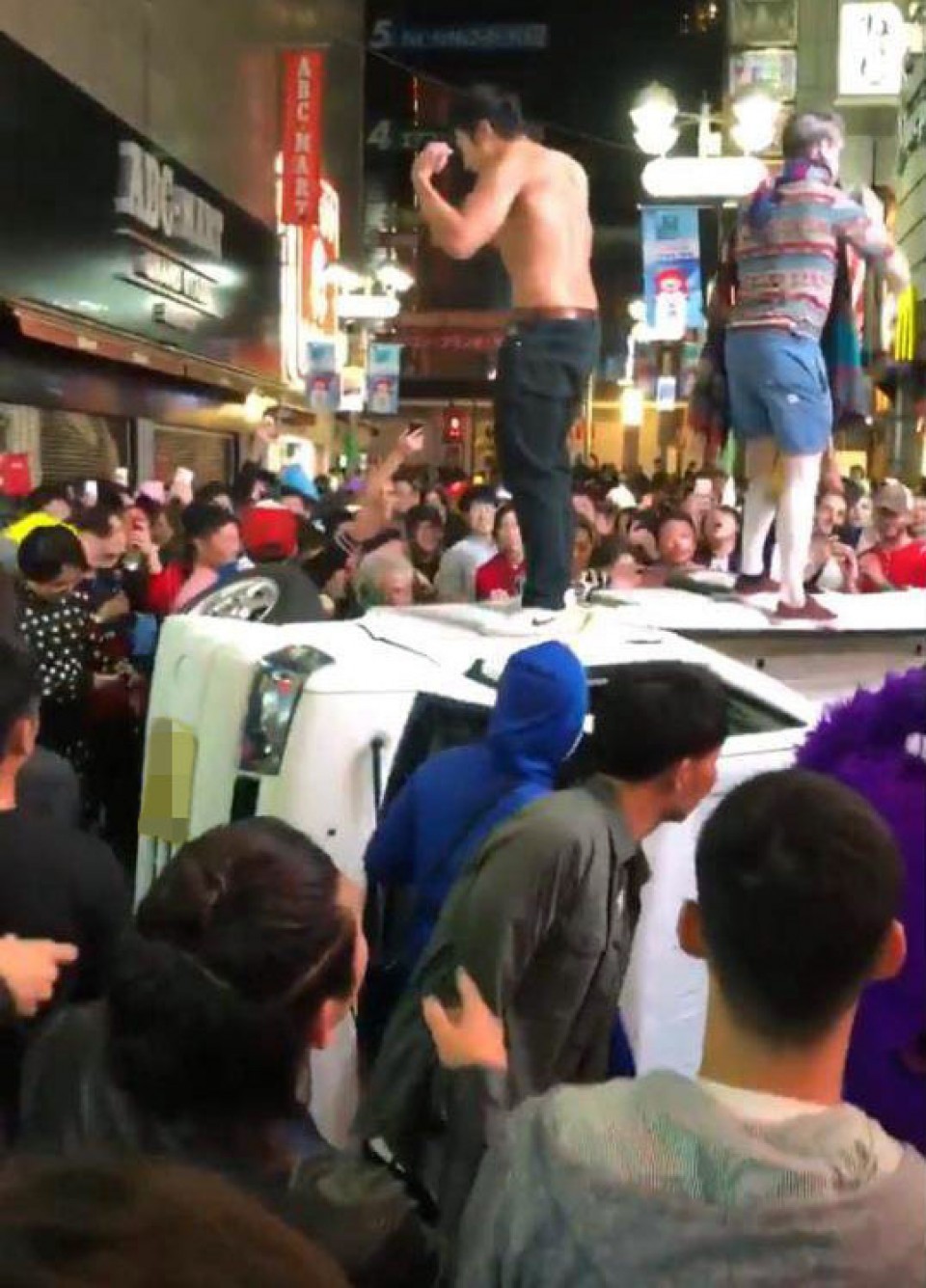 "I feel tremendous anger as we've had reports of people arrested and damage," Ken Hasebe, mayor of Shibuya Ward, said in a statement.

According to the police, five people were arrested on suspicion of groping women or trying to take photos or videos up their skirts in the Shibuya district.

Police officers, including those dubbed "DJ police" who marshal crowds with a spirit of goodwill, called on people to follow traffic signals and walk slowly as many of the Halloween revelers including foreigners flocked to the famous intersection near Shibuya Station.

Such commotion on nights ahead of Halloween have taken root in Shibuya in recent years. No injuries have been reported so far in connection with the event.

"I would like to ask you again to please celebrate on Halloween, Oct. 31, without causing trouble to others while abiding by the law and respecting good manners," Hasebe said.