Martin Fry, creator of several pop masterpieces such as "The Look of Love" and "When Smokey Sings" as the songwriting frontman of 1980s band ABC, has just finished a successful short tour of Japan.

The three dates last week at Billboard Live Osaka and Billboard Live Tokyo were the first in Japan for Fry since the 60-year-old in May, 2016 released the "Lexicon Of Love II," the sequel to ABC's ultra-suave debut album.

"Lexicon Of Love II," which features the same widescreen melodies and bold emotive statements as its predecessor, reached No. 5 in the Britain's official albums chart and gave the band their first top 10 album in 26 years.

The 60-year-old Fry sat down for a chat with Kyodo News before going on stage at Billboard Live Tokyo on Friday and talked about the tour, his passion for cycling, why he doesn't really miss the 1980s, his music and of course the serious stuff like whether he prefers sushi or steak! 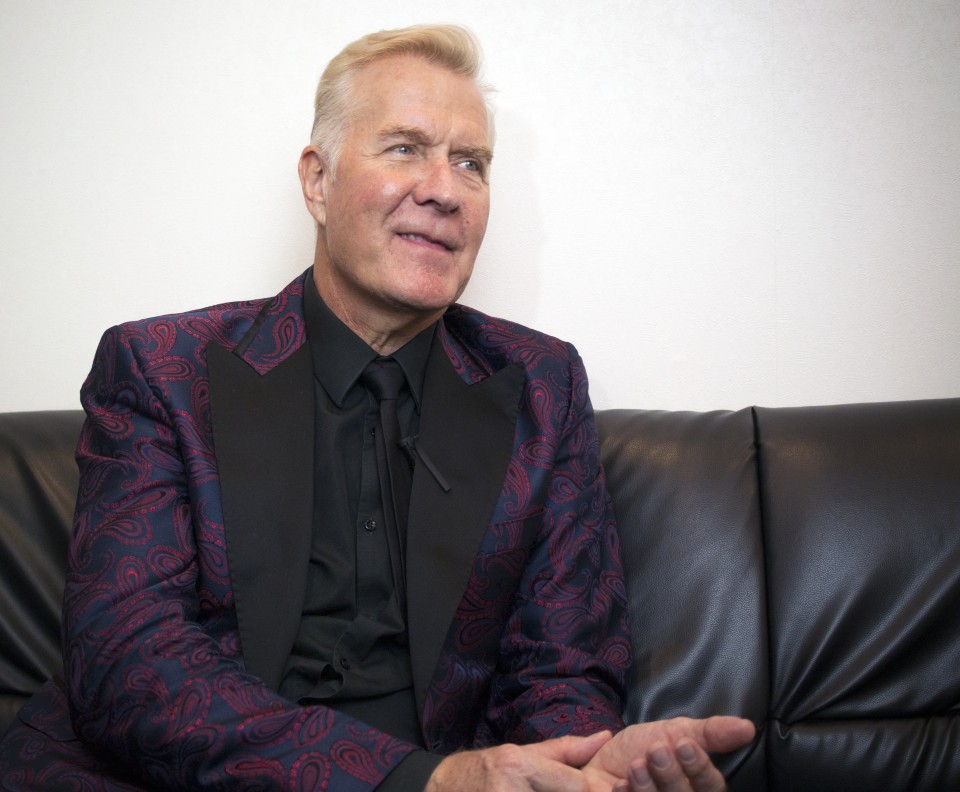 Q: Thanks for taking the time to speak to us Martin, how has the tour in Japan been so far?

A: We have had a fantastic time in Osaka and in Tokyo. I've been combining playing with ABC and performing the "Look of Love" and "Poison Arrow" and all the hits along with cycling. So I got the chance to cycle up to the mountains in Nara. Any opportunity to combine the two worlds is great by me. I got to the top of one of the steepest climbs in Osaka and there were a lot of other riders there applauding politely!

Q: How is it different touring here in Japan compared to the early 80s?

A: In the early 80s I came and played shows here with ABC and it was kind of, I don't know, boy bands didn't exist but we were teenage idols back then, I was like in my early 20s. You'd go to a restaurant and kids would congregate outside and start pushing the glass window in and it was very extreme. It was like being in Duran Duran or something or the Beatles. It is very nice now to come all these years later and play the set and get a chance to meet the fans and speak with them and hang out with them. The hysteria is still there but it is kind of different now all these years on. It feels good.

Q: How do you think that your music fits into today's world?

A: I think in a way playing sets here at Billboard Live it kind of brought home to me that the audience is a lot of different ages so I think our music is quite cosmopolitan, quite funky and there is a strain through everything we have ever done so it's kind of nice playing that in this kind of environment. And I noticed a lot of the younger guys are wearing tuxedos again. Our look comes from the Temptations and R&B I suppose, funk and soul and (David) Bowie and Roxy Music so all these years on I think there is a whole generation interested in those sorts of ideas. 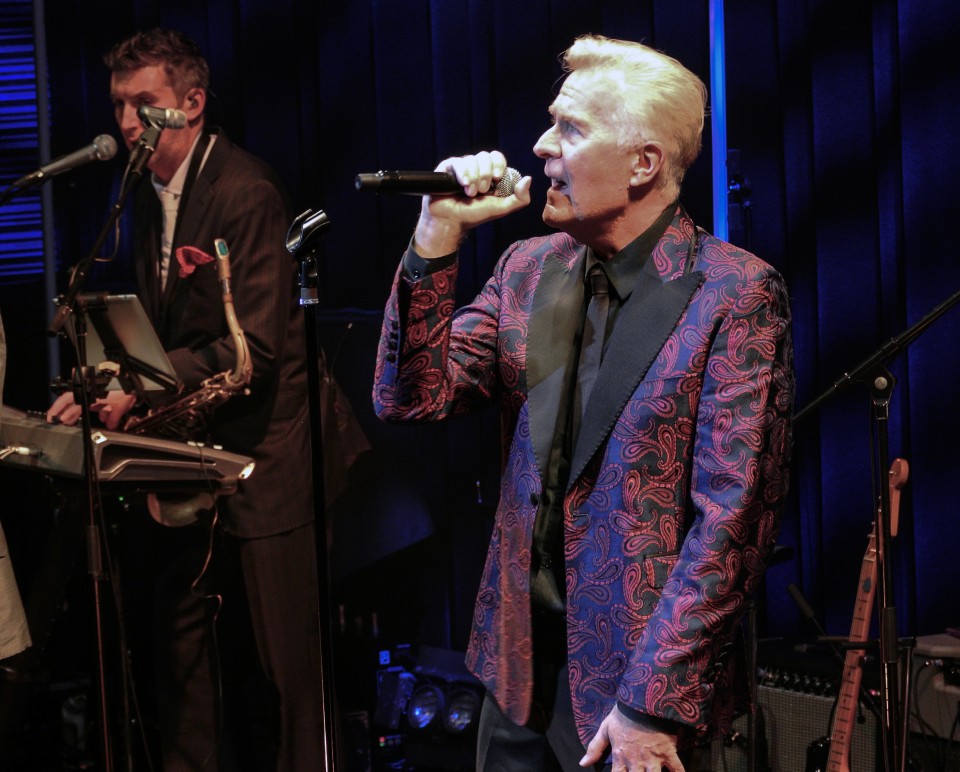 Q: Talking of tuxedos, the music on "Lexicon of Love II" is very cinematic, almost James Bond soundtrack territory in some of the songs, particularly "The Love Inside The Love." Was that intentional, or was it just the road that the music naturally took with a full orchestra behind it?

A: Yeah it is in its DNA, it's a Bond theme screaming out for the next James Bond movie. Back in the early 80s a lot of very photogenic bands came out like Duran Duran, Culture Club, I suppose the Human League and Dexy's Midnight Runners and I always saw all of these bands as being like movies really. There was no real movie film industry back then but there was a lot of very charismatic people. Rock and roll and movies they kind of work in a similar way.

Q: Do you intend to make a "Lexicon of Love" trilogy?

A: I don't know. I am making a record at the moment which is kind of an extension of that, but a trilogy, yeah that might work. "The Matrix" worked for me. It all depends. Yeah I like a trilogy, "The Godfather" worked. I do like Netflix and I am happy to watch 10 episodes of "Maniac" so maybe there are 10 episodes of the Lexicon of Love, you never know.

Q: The 80s revival has been going on longer than the decade itself now. Why do you think that so many of the 80s bands/artists have had such a huge resurgence?

A: I've just finished touring in America with Retro Futura which featured Limahl (from Kajagoogoo) and also Belinda Carlisle, and we were chatting really thinking yeah the same thing. The revival has lasted longer than the decade and the 80s wasn't even really 10 years long anyway. It was kind of a period from about 1981 to about 1987 and then the whole rave thing came in at the end of 88, 89, which people associate with the 90s and EDM (electronic dance music) and stuff. Around about 10 to 15 years ago I started playing live again all over the world and I realized that there is a whole audience looking for some big tunes, some big choruses and big shoulder pads. I think the honest answer is that the songs have stood the test of time. So when I go and see say the Human League play or Howard Jones, Nik Kershaw or Nick Heyward with Haircut 100 material it all stands up. It's good and it's an entertaining night out.

Q: Do you think the bands of today will be remembered with the same fondness in years to come?

A: Some will, I mean look at someone like Lady Gaga she is evolving and changing all the time. What is really hard now is you hear a brilliant tune and then about two weeks later there is something else and then something else and there is a high concentration of songs. I guess back in the 80s you just had your own scene up in Sheffield,
Manchester or London but now it is international isn't it? Spotify brings everything to you on your phone so you are checking out what's happening in Brisbane and Milan and LA and New York so there is a lot of brilliant things to check out.

Q: What is the one thing you miss about the 80s in general?

A: You know I don't miss a lot, there was only three TV channels and you'd walk into a pub in Sheffield or Manchester and you took your life in your own hands, especially if you sat there in a gold lamé suit. There is not a lot I miss although I had some great times. I'd say (Manchester club) The Hacienda. There was a lot of fun to be had back then but for someone associated with the place I don't look back too often. I'll tell you what though, there has been some food changes. Food evolves and sometimes they leave the good stuff behind. Apple crumble and custard, yeah that is what I miss!

Q: You are known for your snappy dress sense, always turned out impeccably, but apart from ABC who do you think were the best- and worst-dressed band of the 80s?

A: Well rock n’ roll is all about how you dress and how you carry yourself. Best dressed? Kid Creole was always pretty sharp and we toured with (frontman) August Darnell, so Kid Creole and the Coconuts, James Chance, guys like that, Bowie, Bryan Ferry. They were all iconic I guess. Worst dressed? I would never criticize anyone for the way they dress, never, it's all about getting attention. But sometimes the fashion police do call, the taste police arrive and arrest people and they should have done back in the 80s but in music I think it is all about self-expression so it's all good. I mean I have had a few faux pas over the years. There have been some desperate moments and funny enough they are the ones people remember most of all. 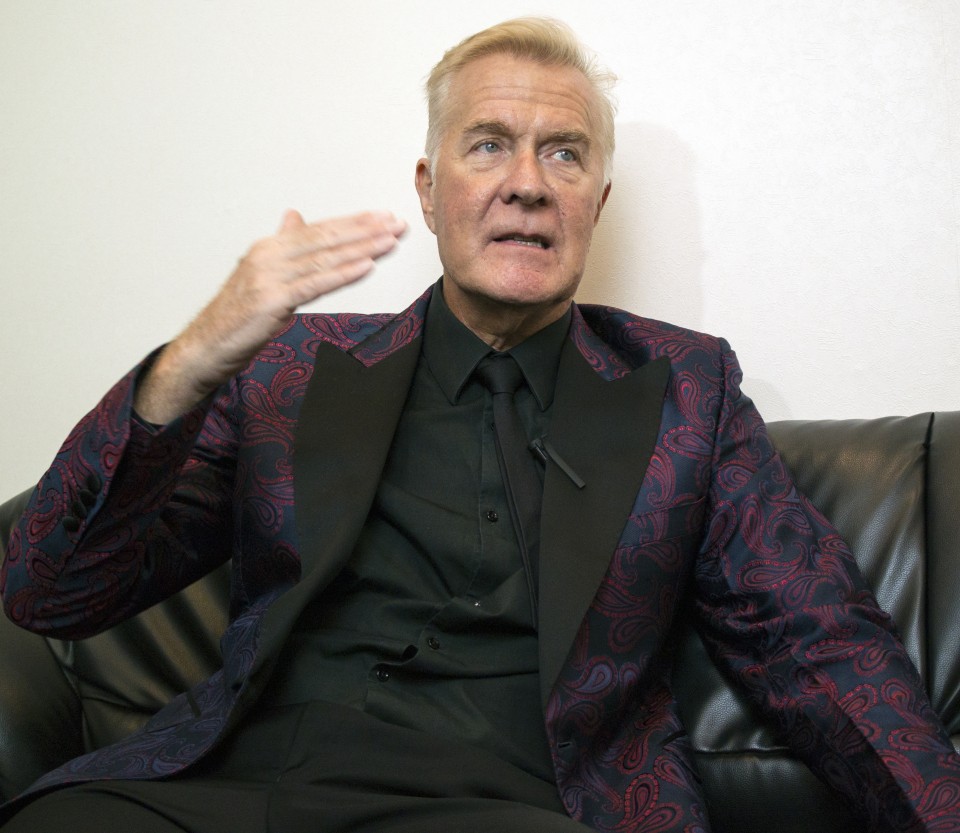 Q: The last time we spoke you said you once tried to flush your gold lamé jacket down the toilet at the Keio Plaza hotel in Tokyo. Is that the most rock n' roll thing you ever done?

A: I have done plenty more rock n' roll things than that but no, of course, (I'm) not (telling you). That is all in the box and censored. (At that time) I went to the Budokan to watch Whitesnake back in 1982 and it was at the end of about 85 shows (for ABC's tour) and I had had enough of wearing it (the jacket). It wasn't really me trying to change my identity it was me trying to put all the great things I had bought in Tokyo into my suitcase so something had to go. But we were changing, we were evolving, yeah.

Q: Is there one 80s act that has been forgotten about but really shouldn't have been or made it but perhaps weren't as big as they should have been?

A: Yeah I was thinking about this. Scritti Politti. For me if someone said to me what band would you like to have been in then yeah (it would be them). I thought the records they made, every single one, were peerless. It doesn’t mean to say people have forgotten them, I’m sure they haven’t. I like David Sylvian and Japan. They were a very influential band. But now when people look back on the 80s, it’s a condensed version. At the big festivals, you can play to 50,000 people and they’re wearing like fluorescent Madonna outfits, so it’s a compression of the Madonna and Cyndi Lauper era of the 1980s, plus the rave-shoe-Hacienda-dayglo kind of 1980s. So the 80s get compressed and chopped and changed. I thought Tears For Fears wrote a lot of brilliant songs, but for me I thought Scritti Politti were fantastic.

A: Bullet train, because I drive a Tesla and it feels like it's from the future. I didn't find my way to the (first class) Green Car though. It all got a bit lost in translation when I booked my ticket so I should do that next time. I am going to go for the full rock star luxury. But bullet train, yeah, that is the way I travel to Osaka and Kyoto and back to Tokyo. 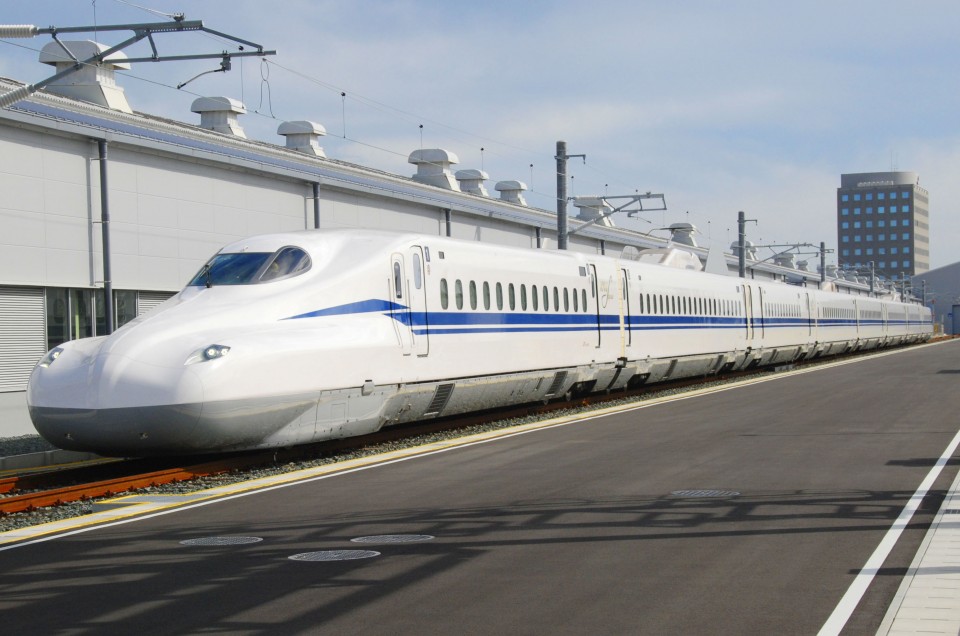 A: Mountains for me for the descents on the bikes. I don't mind sweating up the side of a mountain and everyone waving me behind. They are all fast young riders now and wait for me at the top of the hill! But I still enjoy hitting the mountains.

A: Neither for me as I have been teetotal for 20 years but sake was good and that was the choice drink for me always.

A: Sushi. I just love sushi. The sushi at the Oriental City in Colindale in London, it tastes good but doesn't taste as good as here in Japan, so it has got to be sushi over steak, although Wagyu is fabulous 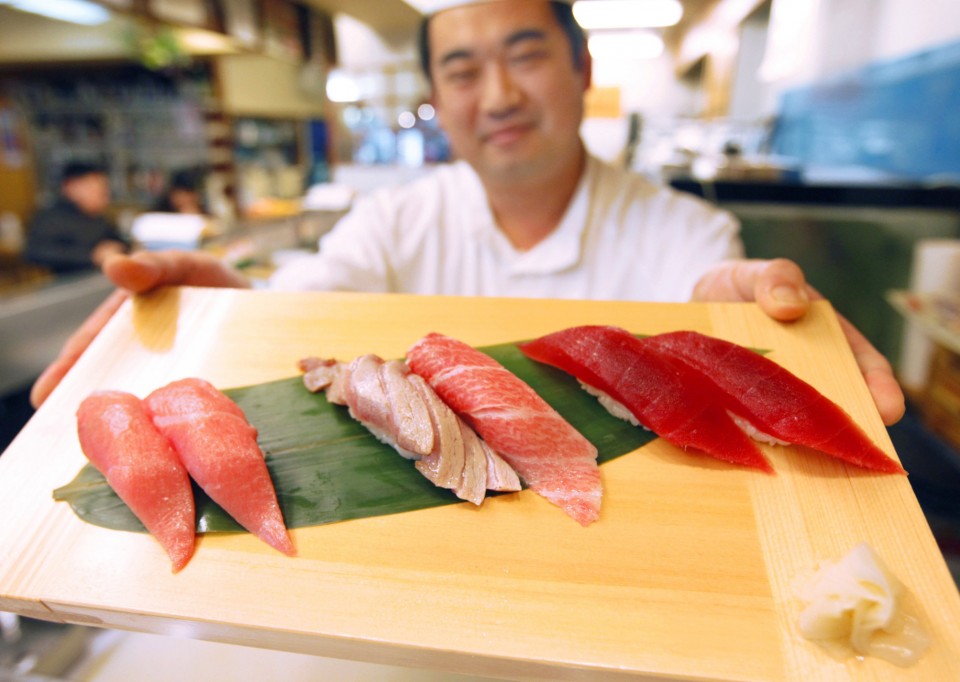