Tokyo's famous Shibuya district was flooded by costume-clad Halloween revelers on Wednesday, forcing police to dispatch several hundred officers in preparation for a possible repeat of the past weekend's antisocial behavior.

The famous scramble crossing and shopping district near JR Shibuya station were packed with people dressed in all manner of elaborate costumes, including witches, zombies and characters from popular video games. 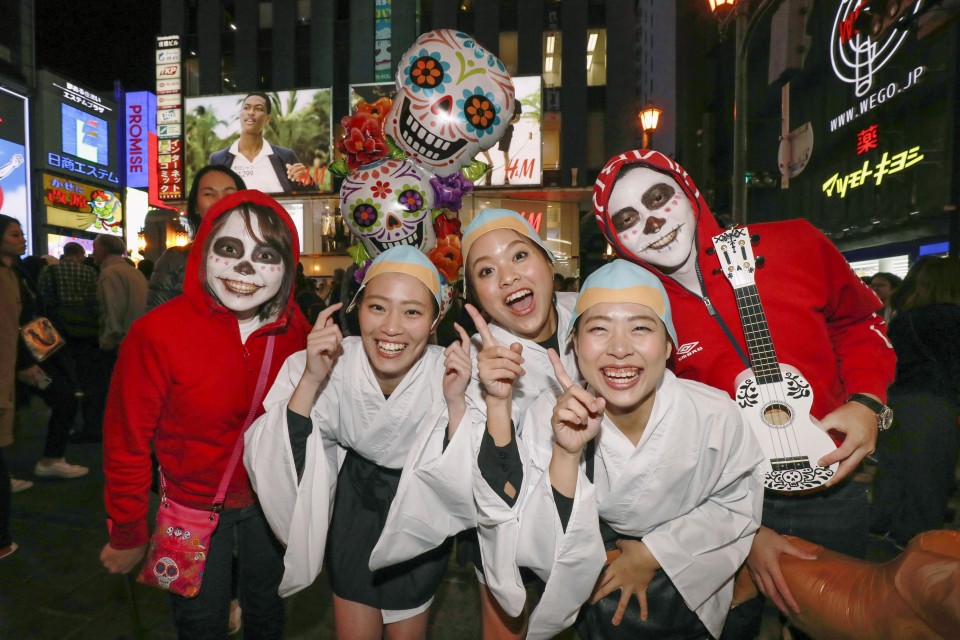 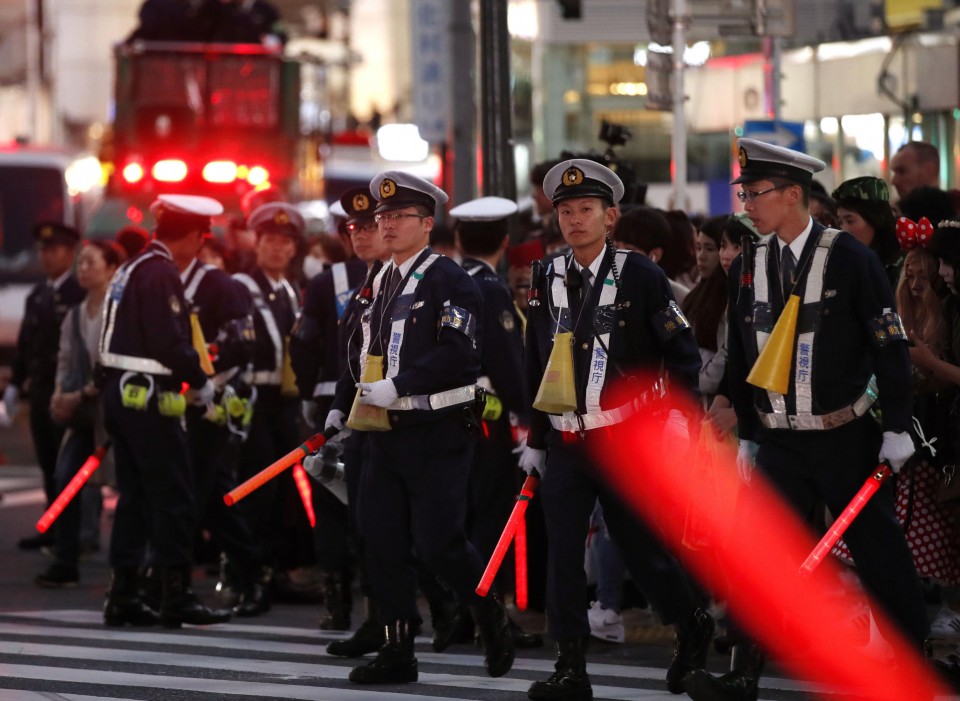 To avoid any trouble, some store owners closed their shops earlier than normal. The police arrested four men on suspicion of molesting women, theft and assault.

"Every year, a huge number of people congregate in front of our store. I had no option but to close it for security reasons," said a variety store manager who pulled down the shutters of his store at 5 p.m.

Toshiyuki Ono, who heads a Shibuya store owners' association, said the Halloween celebrations have descended into a "riot."

"I fear (Shibuya) will be labeled a scary place. I want (Halloween street parties) to be banned next year," Ono said.

At around 6 p.m., a fire broke out in a building in the Shibuya district, with people watching on as flames and smoke poured from a rooftop exhaust duct. No injuries have been reported, according to the police, adding that the building hosts a number of restaurants but that the cause of the fire has not been confirmed. 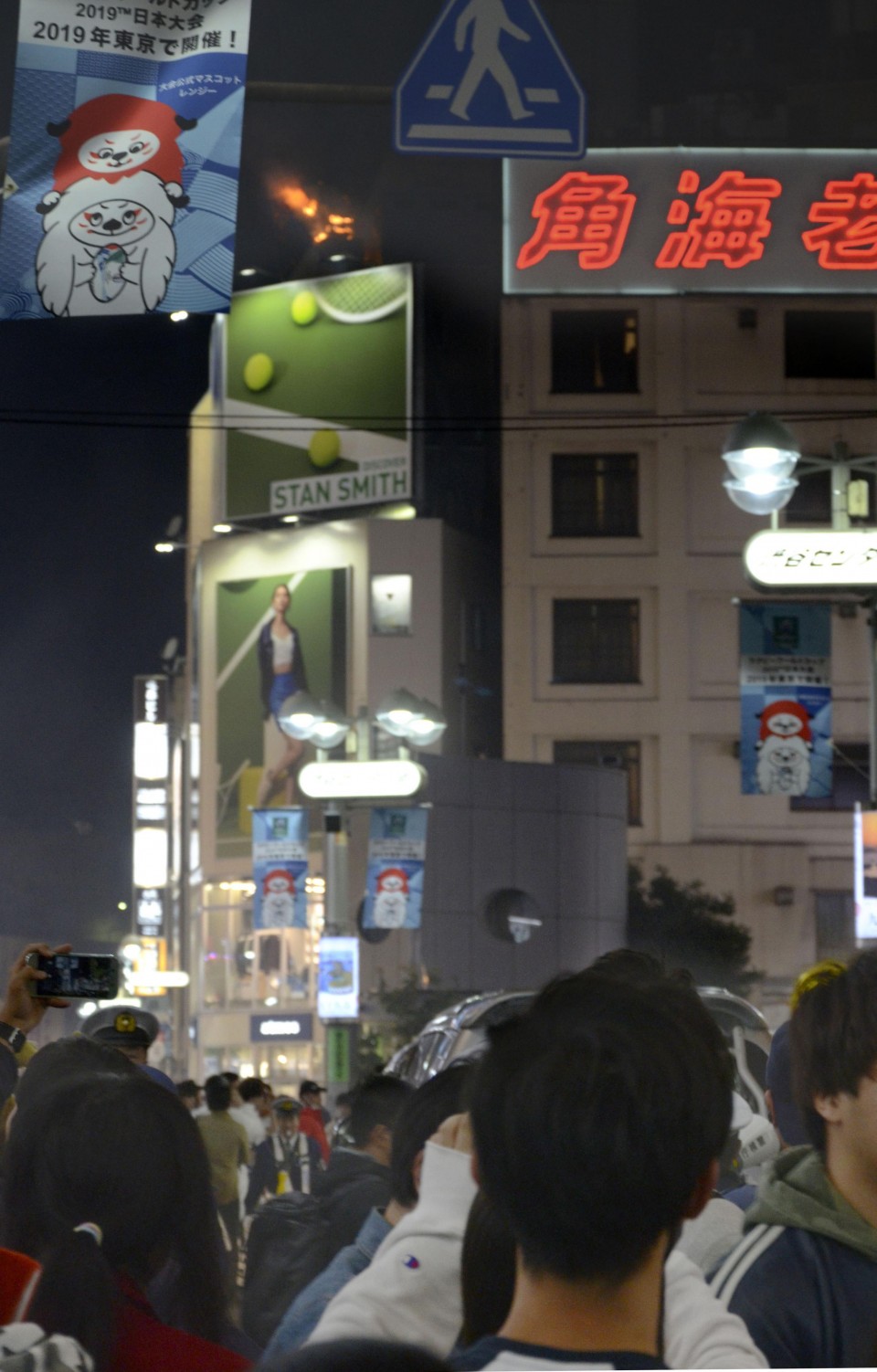 Expecting a large turnout, the most since the weekend when a small truck was overturned and five people were arrested for suspected groping or taking photos or videos up women's skirts, members of the city's security forces were mobilized to keep close tabs on the crowds through early Thursday.

Special police officers dubbed "DJ police," who aim to marshal crowds with a spirit of goodwill, were also dispatched to the area.

Shibuya Mayor Ken Hasebe urged people to be on their best behavior and to observe the law, criticizing the weekend's incidents as "absolutely intolerable" in a statement released Monday. 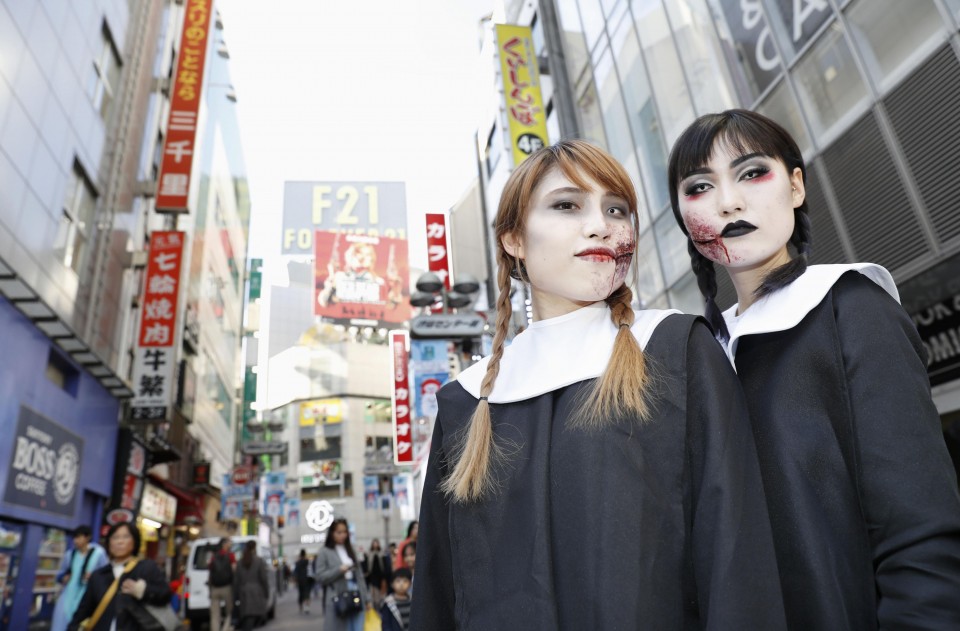 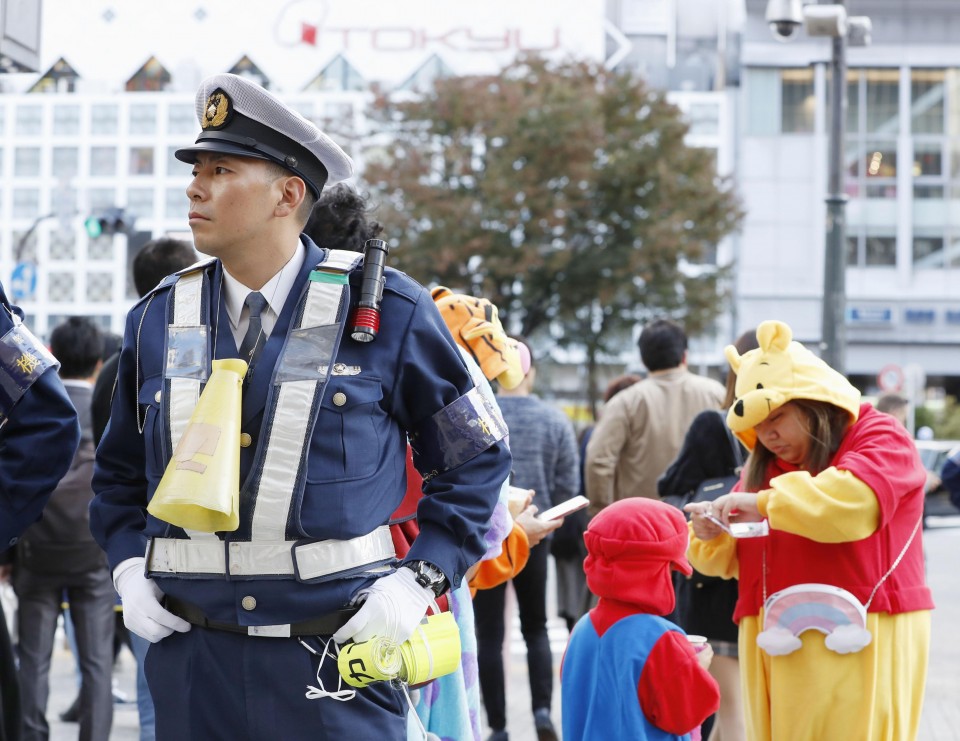