New Okinawa Gov. Denny Tamaki urged Prime Minister Shinzo Abe on Friday not to go ahead with the transfer of a U.S. military base within the prefecture, saying his election victory on an anti-relocation platform speaks for itself.

Tamaki, meeting with Abe and Chief Cabinet Secretary Yoshihide Suga at the prime minister's office, also called for a "fundamental review" of a bilateral agreement on the status of U.S. forces and a reduction in Okinawa's base-hosting burden.

"I'm opposed to building a new base in Henoko and the people of Okinawa expressed their opposition in the (gubernatorial) election. I ask Prime Minister Abe to listen sincerely to the voices of the people of Okinawa," Tamaki said at the outset of his talks with the prime minister.

During the meeting, however, Abe told the governor that the government's position on the planned base relocation remains unchanged.

The prime minister, who places priority on deepening the Japan-U.S. alliance, said it is "totally unacceptable" that the bulk of U.S. military bases are concentrated in Okinawa more than seven decades after World War II.

"I will stay side by side with the people of Okinawa and aim to steadily produce results toward reducing the base-hosting burden," Abe told Tamaki.

The meeting, roughly a week after Tamaki became Okinawa governor on Oct. 4, was viewed as a sign that the administration hopes to avoid a confrontational approach following the gubernatorial election that saw a candidate backed by the ruling coalition defeated.

After the death of Governor Takeshi Onaga, Okinawa in August finalized his retraction of approval for landfill work necessary to relocate U.S. Marine Corps Air Station Futenma from a crowded residential area of Ginowan to the coastal district of Henoko in Nago. 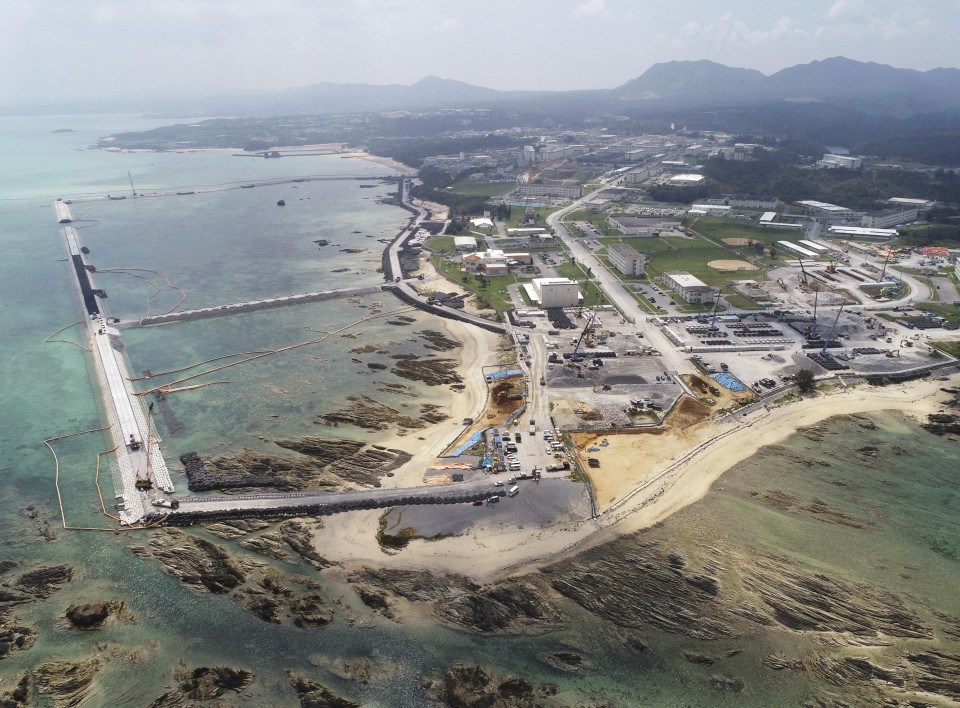 The Abe administration claims the relocation will remove dangers associated with the Futenma base.

Speaking to reporters after the meeting, Tamaki acknowledged that the central government and Okinawa remain apart over the relocation plan but expressed hope to continue dialogue.

"Two successive Okinawa governors have stood against the relocation plan. I'd like to make an appeal that the base issue should not be left unaddressed" to the United States too, the governor said.

Many residents of Okinawa have been calling for a reduced U.S. military presence. A series of accidents involving U.S. military aircraft, such as tilt-rotor Ospreys, have raised safety concerns.