Located on the rich soil between the East China Sea and Mt. Aso, one of the largest active volcanos in the world, Kumamoto boasts cuisine featuring fresh seafood, meat and vegetables.

"Basashi," or horse-meat sashimi served with soy sauce and grated garlic or ginger, is among the famous local food specialties in the southwestern prefecture, which has the largest production of the meat in Japan.

The custom of eating horse meat in Kumamoto dates back about 400 years. It is believed that Kato Kiyomasa, then feudal lord in the area, learned to eat the meat amid a food shortage when dispatched to Korea in a war. 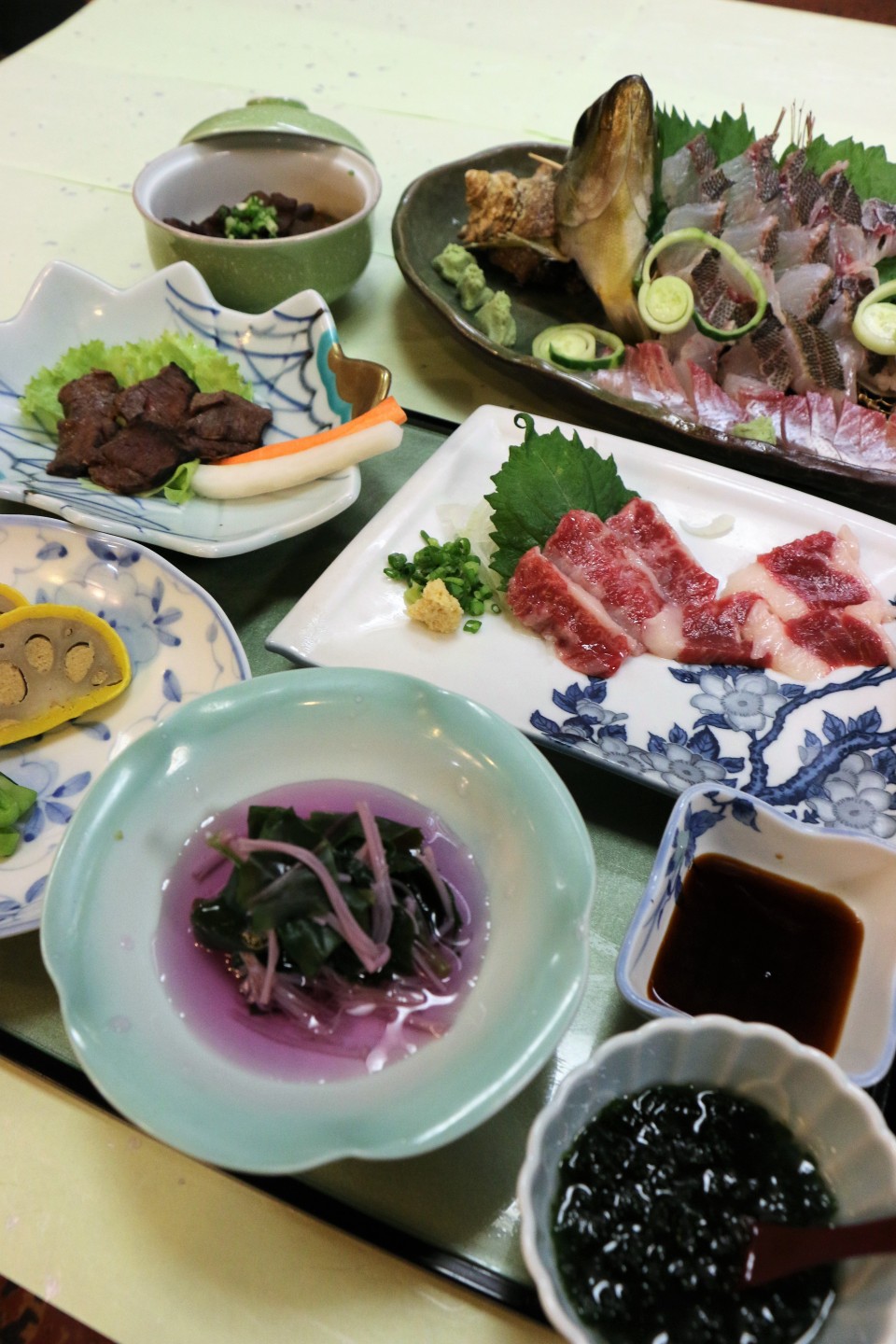 "We're very careful in maintaining the tradition of Kumamoto cuisines," said Etsuko Susaki, who runs a local restaurant named Susaki with her husband and son in the downtown area of Kumamoto city.

"Karashi-renkon," or lotus root with its holes filled with mustard, is another dish to be tried in Kumamoto if one likes spicy food.

"Kuma-shochu," a distilled liquor made of rice and produced in southern Kumamoto, gives mildness to the foods.

"We can also offer local brand chicken Amakusa-Daio and other seasonal dishes," said Ushio Susaki, the son of Etsuko Susaki and master chef at the restaurant. "Foreign tourists coming to our restaurant love our local food very much."