"I would like to invite all of you to invest in India," Modi said in an address at a business symposium on the third and last day of his Japan visit.

He said India's rising economy, fast-growing middle class and young demography offer many new opportunities to Japanese investors, including in the areas of low-cost manufacturing, IT industry, and electric mobility

In just the last several years, he noted, around 200 Japanese companies have newly started operating in India, and the number continues to rise.

"Some years ago, I spoke about making a mini-Japan in India. It's a matter of great happiness for me that today you are working in an even larger number in India," Modi told the around 700 attendees. 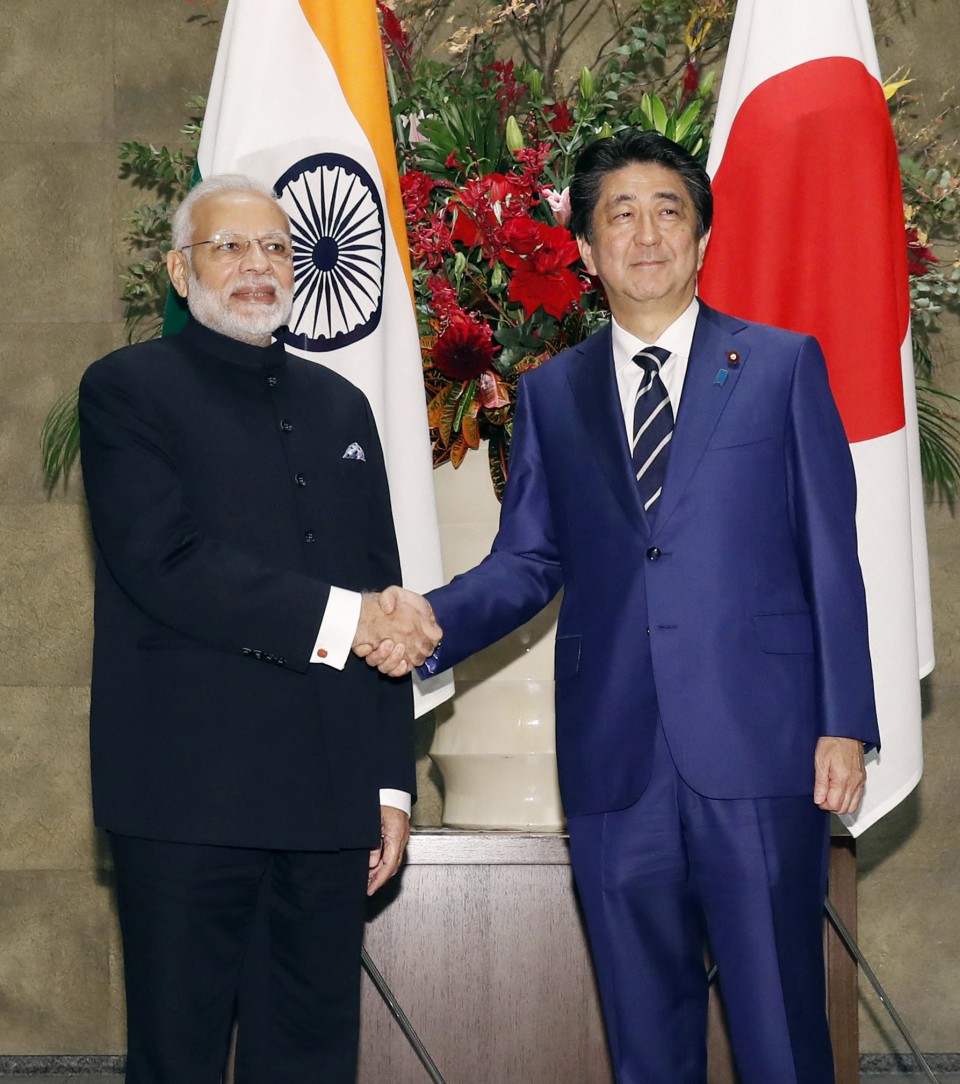 Modi said his government is working to further improve India's position in the World Bank's "ease of doing business index."

"When I took over the responsibility of the government in 2014, India was at 140th position...Now, India has reached the 100th position and we are working towards a better ranking," he said.

On areas targeted for enhanced cooperation with Japan, Modi pointed out that the IT sector is one of India's "biggest strengths."

"Our software and Japan's hardware can come together to work wonders," he said.

Modi voiced appreciation for Japan's help in many ambitious projects in India, citing as examples a digital freight corridor, expected to be operational by 2020, and the Mumbai-Ahmedabad bullet train project using Japan's shinkansen technology that is targeted to for launch in 2022.