A robot developed to serve as a security guard at train stations was shown to the press on Thursday, as Japan sees a growing need to boost safety in the run-up to the 2020 Tokyo Olympics and Paralympics.

Equipped with a security camera powered by artificial intelligence, the robot can detect and report suspicious persons or objects at stations and is expected to help lower burdens on staff. 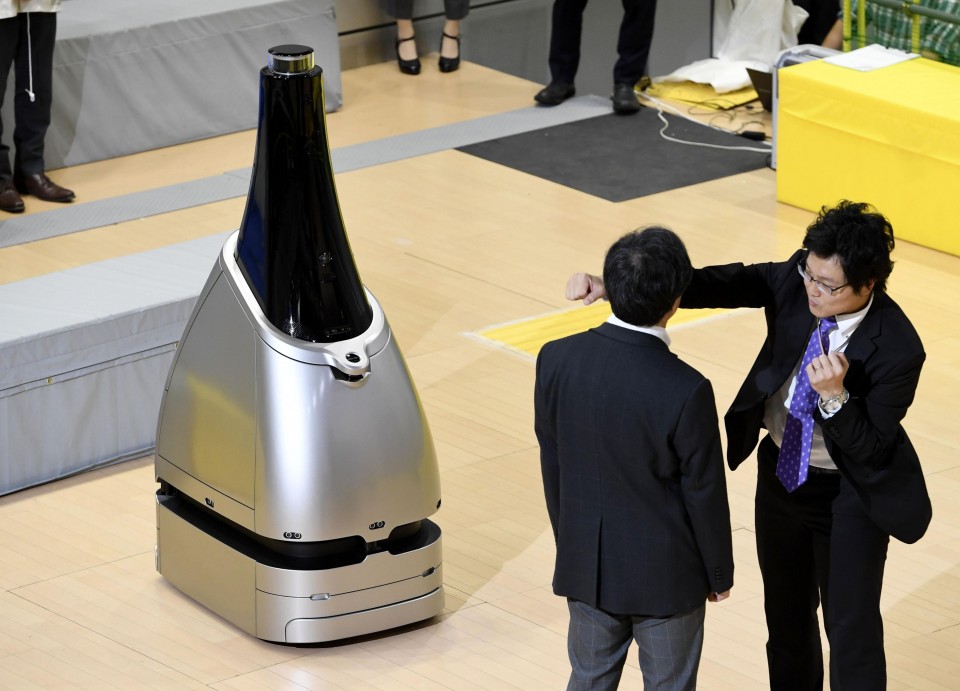 It is named "perseusbot" after legendary hero Perseus in Greek mythology, and measures 167.5 centimeters in height, 61 cm in width and 90.5 cm in length. The robot will be put to the test at Tokyo's Seibu Shinjuku Station from Nov. 26 to 30.

The robot can avoid obstacles and travel over braille tiles during patrols. It can send alerts to the smartphones of security staff if it finds objects left unattended for a long time or captures potentially violent movements of passengers, such as putting up their hands as if to fight.

More on AI robots in Japan:

Sharp's humanoid robot to guide tourists in taxis in Kyoto