Yuya Osako opened his Bundesliga account for Werder Bremen on Saturday, scoring the opener in a 2-1 victory over 10-man Eintracht Frankfurt.

The Japan striker scored with a shot in the 20th minute to give the visitors the lead against an Eintracht side missing World Cup teammate Makoto Hasebe. 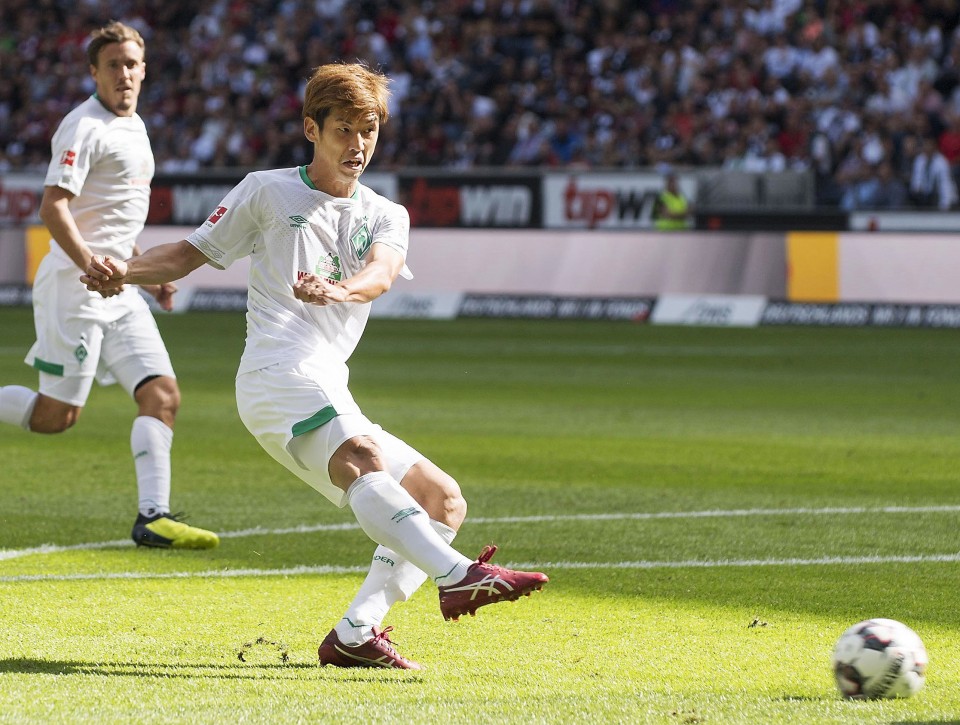 Former Japan captain Hasebe missed Eintracht's season opener due to illness and was not on the bench Saturday.

The home side went a man down in the 32nd minute when defender Jetro Willems was shown a red card. Despite the disadvantage, they looked set to hold on for a draw after Sebastien Haller equalized with a 54th-minute penalty.

The visitors snatched all three points, however, when Kosovo international Milot Rashica struck in the sixth minute of added time.

Osako scored on his debut for Werder Bremen on Aug. 18 in a 6-1 victory over Wormatia in the first round of the German Cup.

A standout in Japan's run to the knockout stage at this year's World Cup in Russia, the 28-year-old joined Werder in an offseason move from Bundesliga side FC Koln.

In Belgium's first division, 23-year-old Yuta Toyokawa scored his second goal of the season, an 85th-minute equalizer for Eupen in their 2-1 home win against Standard Liege.