Almost 70,000 centenarians in graying Japan, nearly 90% of them women

Japan's centenarian population hit a record-high 69,785 as of September, with women accounting for 88.1 percent of the total, on the back of medical advances and greater health consciousness, the welfare ministry said Friday.

The figure rose 2,014 from the previous year for the 48th consecutive yearly increase, and represented a nearly a seven-fold jump from two decades ago. "We will continue to make efforts so that (the elderly) can stay healthy for a longer period of time," said an official of the Health, Labor and Welfare Ministry.

The tally is an estimate for Saturday, two days before this year's Respect-for-the Aged Day holiday, based on resident registry data.

Looking forward, the centenarian population is projected to rise further, exceeding 100,000 in five years and 170,000 in a decade, according to estimates by the National Institute of Population and Social Security Research. Life expectancy in Japan was projected at 87.26 years for women and 81.09 years for men in 2017.

Kane Tanaka, 115, from the city of Fukuoka in southwestern Japan, is the country's oldest living female. The oldest man is Masazo Nonaka, a 113-year-old resident of Ashoro in northern Japan's Hokkaido. He was recognized by Guinness World Records as the world's oldest living man in April.

Tanaka was born on Jan. 2, 1903, the year the Wright brothers flew the world's first powered airplane, as the seventh child of nine siblings. She married into a family of rice dealers.

She now lives in a nursing home in Fukuoka, where she is adored as a "mother" of the other residents, and aims to become the world's oldest person.

Her daily routine includes playing board games after breakfast. The competitive Tanaka hates to lose and continues the game until she wins.

She also loves solving math problems, calligraphy, steamed buns filled with sweet bean jam, chocolate and cafe au lait. With her favorite phrase, "It is all thanks to you all," she always expresses her appreciation to people around her.

Nonaka, who was born on July 25, 1905, usually watches TV on his bed and indulges in sweets after meals, according to his family. Nonaka's daughter-in-law, Tokuko, 78, said, "He does things at his own pace. His personality might have been the key to living long."

Although Nonaka has a hearing problem due to his age, when his family asks him whether he is fine, he responds by giving the OK sign. He lives in a more than 100-year-old hot spring inn that he used to run.

According to the latest tally, the largest number of centenarians live in Tokyo at 5,973, followed by Kanagawa and Osaka prefectures. The ratio of centenarians in Japan's overall population is 55.08 per 100,000. 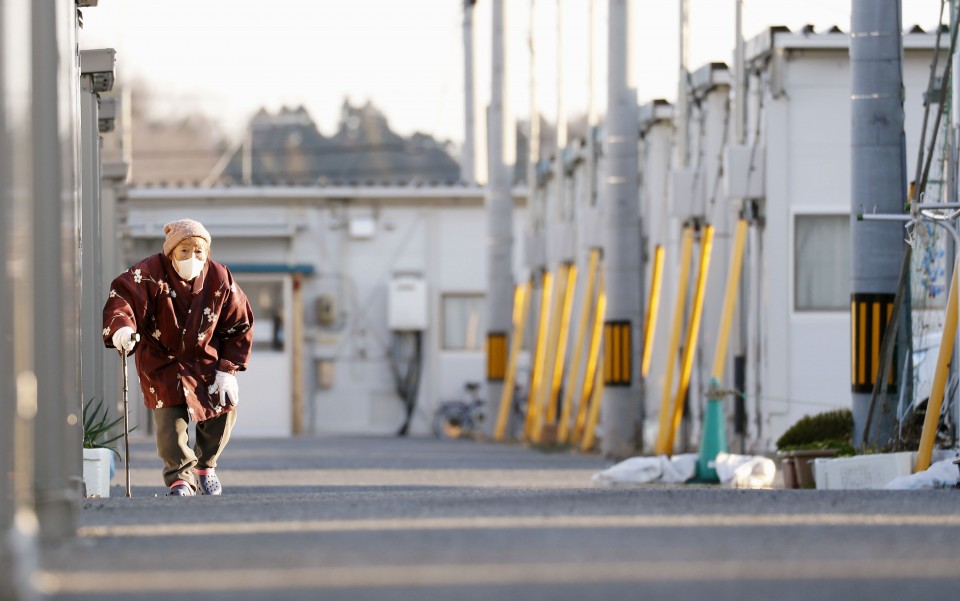