Indonesia's Aries Susanti Rahayu, also known at home as "Spiderwoman," sees claiming two gold medals in the inaugural sport climbing competition at the Asian Games a reward mostly because it was a perfect way to introduce the sport to the people of her country.

And now that she managed to captivate the crowds by winning the women's speed climbing and the speed relay events, she is focused on reaching the pinnacle at the 2020 Tokyo Olympics.

"The medals at the Asian Games were for the team. The individual event is also a team event in a way, so it is a gold for Indonesia," Rahayu said in a recent interview with Kyodo News. "It's the first step for us to join the Olympics later in sport climbing."

The 23-year-old says sport climbing is similar to an "adventure" in a way, and it has been an addiction for her since taking up the sport in 2007, when she was still a junior high school student.

"Before knowing sport climbing I liked climbing trees when I was a child at home or in parks."

"The wall in sport climbing is high so it's exhilarating, like an adventure," she said. "It's also like I'm competing against myself, how to beat my own record." 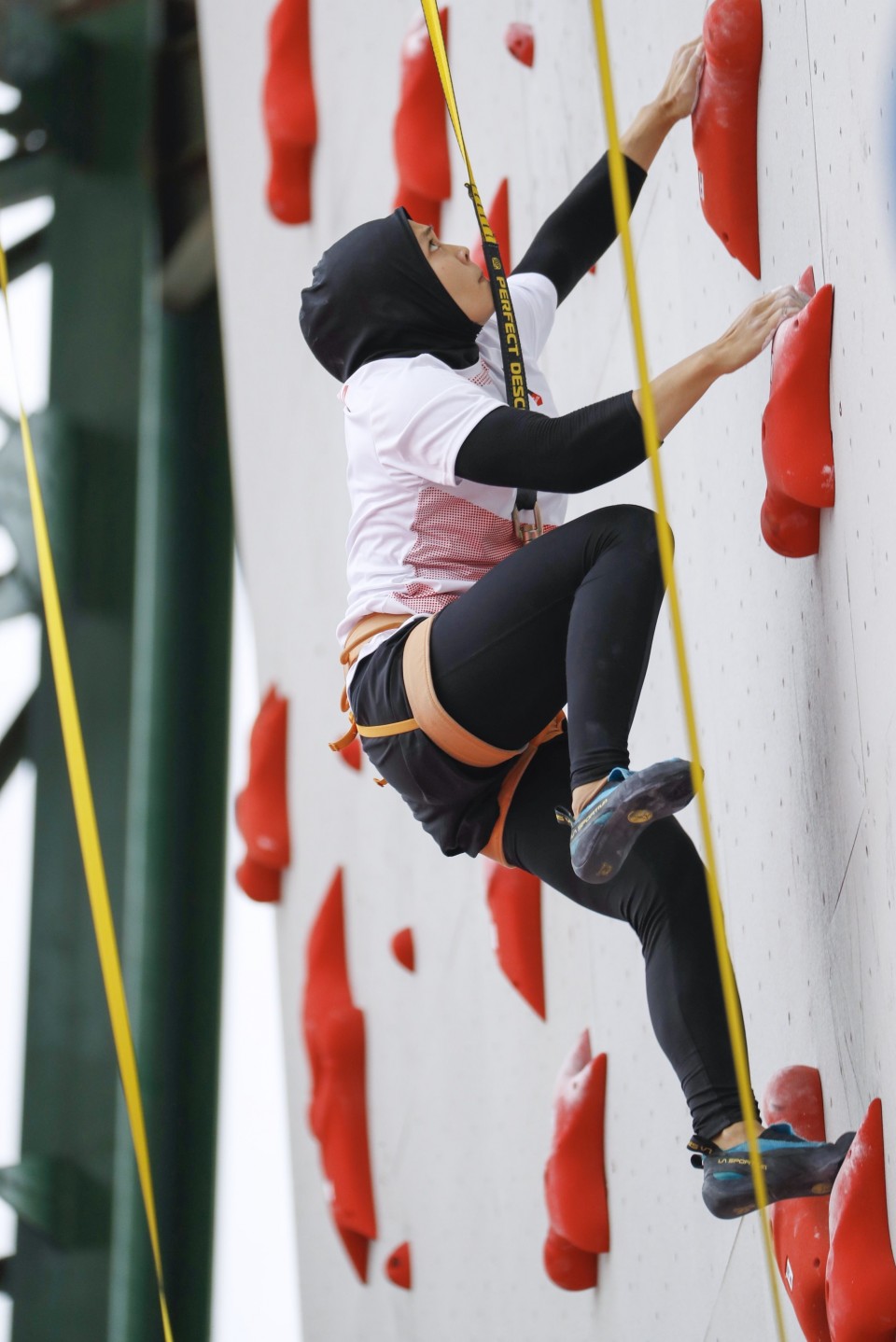 Earlier this year, a video of her competing at a World Cup event went viral in Indonesia, giving Rahayu the nickname, "Spiderwoman."

"It's up to the Indonesian people (what) they want to call me. But I like it because people show how proud they are of me," she said. "I guess we (Indonesians) are good at speed climbing because people can move faster because they are smaller in size."

In the women's speed competition at the Asian Games, Rahayu climbed up a 15-meter wall in just 7.612 seconds to win her race against countrywoman Puji Lestari en route to the gold. When she hit the top, she pressed her hands together as tears filled her eyes in front of a huge crowd cheering for Indonesia.

"I was very nervous. Competing in my own country makes me more nervous than competing at a World Cup," she said. "My friends and I were supporting each other to focus on the competition."

"After these Asian Games, we (the team) will focus on the Olympics," she said. "We will try as best as we can to win gold. Nothing is impossible."

The 2020 Tokyo Games will be the first Olympics that will stage the sport climbing competition. Athletes will compete in the combined event, which features three disciplines -- speed, bouldering and lead -- with the final rankings based on the placings in each discipline.

While she is a speed climbing specialist, she needs to work on the remaining two events to even get a shot at competing in Tokyo.

"Next time, we will be preparing for lead and bouldering for qualification for Olympics in Japan. We can compete with all teams including Japan in the Olympics," he said.

But he says Rahayu has what it takes to overcome her challenge.

"Aries has a strong mentality. If she wants to climb, she just says 'I'm strong,' and 'I'm fast,' so that's a good motivation."