The top Japanese government spokesman said Tuesday a drill held last week in the South China Sea by a Japanese submarine and destroyers was "not at all" intended as a counter to China's activities in the area.

Chief Cabinet Secretary Yoshihide Suga said the exercise in the South China Sea last Thursday was "aimed at improving the Self Defense Forces' strategy and skills" and that "we don't bear any particular country in mind." 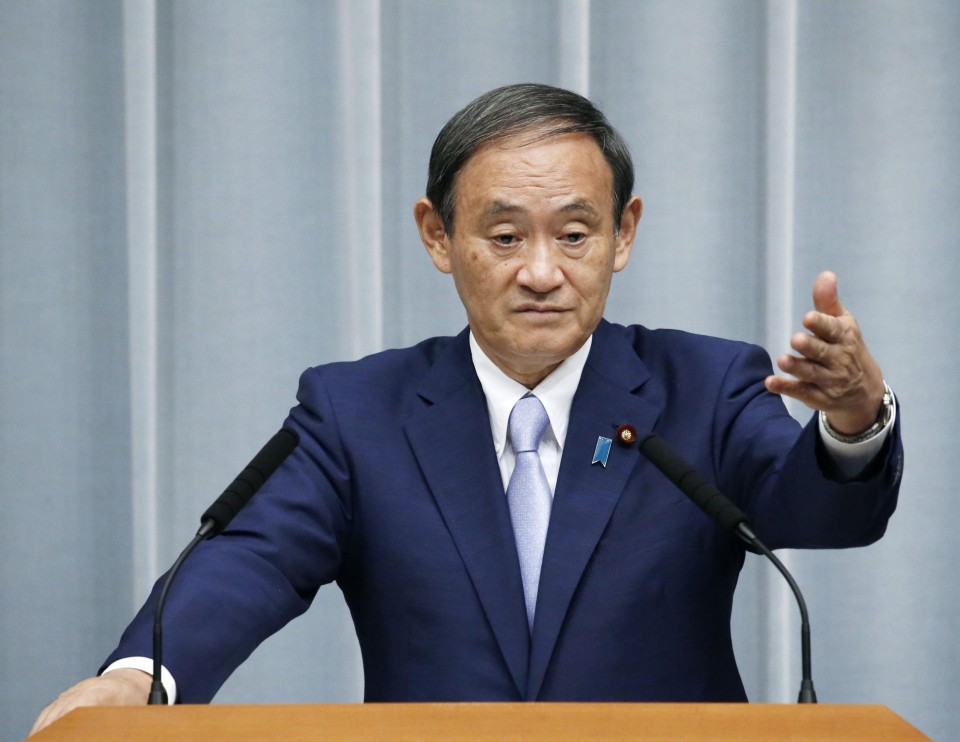 In a rare announcement, the Maritime Self-Defense Force said Monday the submarine Kuroshio, along with the helicopter carrier Kaga and two destroyers, the Inazuma and Suzutsuki, conducted an antisubmarine warfare exercise in the South China Sea, where Beijing's claim to islands overlaps those of neighboring countries.

The MSDF disclosure prompted an immediate rebuke from Beijing later Monday, with Chinese Foreign Ministry spokesman Geng Shuang saying a country outside the immediate region should not undermine peace and stability in the South China Sea.

Defense Minister Itsunori Onodera also said Tuesday, "The MSDF has conducted drills involving submarines in the South China Sea for more than 15 years." According to Defense Ministry Officials, Japan has sent MSDF training submarines into the waters before the dispatch of the Kuroshio.

Noting that Tokyo and Beijing have established a communication mechanism aimed at avoiding accidental clashes at sea and air, Onodera said, "The entire government has to make efforts to improve bilateral ties." 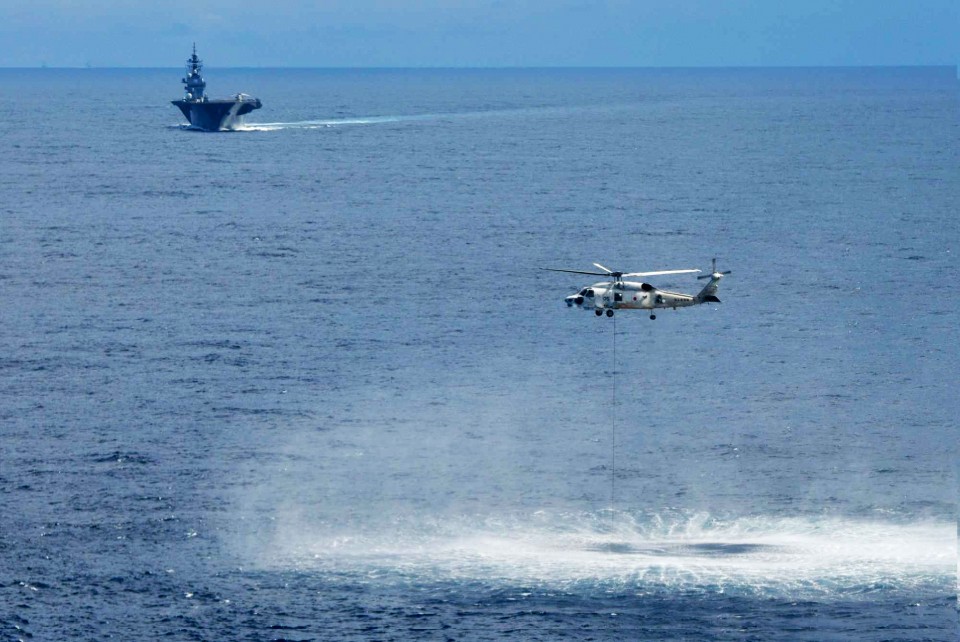 Prime Minister Shinzo Abe said in a television appearance Monday that Tokyo is seeking to "improve the proficiency" of the Japanese maritime forces through the drill. He also said Japan made public the activity because "neighboring countries are effectively aware of it."

China claims the entire South China Sea and has built artificial islands with military infrastructure in the waters, while other Southeast Asian nations -- Brunei, Malaysia, the Philippines and Vietnam -- also have territorial claims in the sea.

Japan does not face the South China Sea but views it as strategically important due to its role as a vital shipping lane.