A Japanese lawmaker who recently visited North Korea said Tuesday he proposed Pyongyang accept a visit by Diet members from Tokyo as part of efforts to normalize diplomatic relations.

Antonio Inoki, a wrestler-turned-member of the House of Councillors, returned from North Korea where he met with officials including Ri Su Yong, a vice chairman of the ruling Workers' Party of Korea.

Ri, known as a trusted confidant of North Korean leader Kim Jong Un, said he would welcome the potential visit by a group of Japanese ruling and opposition lawmakers, according to Inoki.

"I believe (the Japanese government) should make use of the channels I have (with North Korea)," Inoki told reporters at Haneda airport in Tokyo.

Japan has no diplomatic relations with North Korea and the two countries have long been at odds, particularly over Pyongyang's abductions of Japanese citizens in the 1970s and 1980s.

During the meeting, Ri also repeated North Korea's position that the abduction issue has been settled, Inoki said.

It was Inoki's 33rd visit to North Korea, coinciding with the 70th anniversary of the country's founding on Sunday. He arrived in Pyongyang on Friday.

Inoki does not belong to any political party. The former pro wrestler has repeatedly visited North Korea to promote sport exchanges. 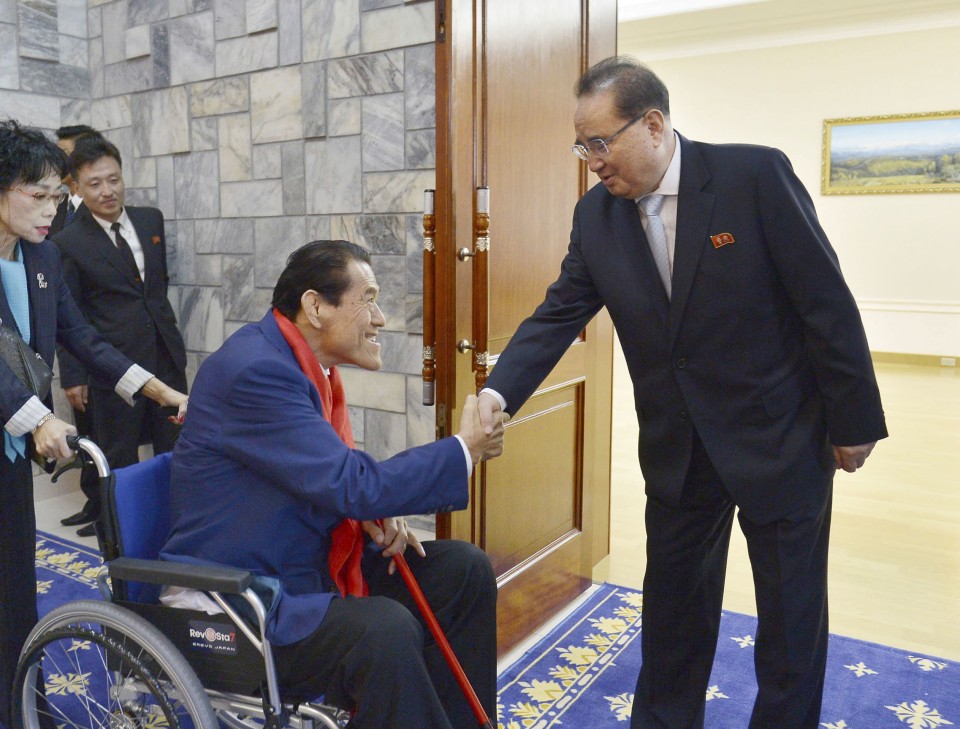