North Korea has allowed foreign media to visit its cutting-edge facilities and historical sites, as leader Kim Jong Un has pledged to boost the country's economy instead of developing nuclear weapons and ballistic missiles.

North Korea, which many analysts say has been suffering from the impact of international economic sanctions, appears to be seeing this occasion as a window of opportunity to attract foreign investment and tourists to earn hard currency.

Slogans and signs emphasizing the nation's "state nuclear force" have disappeared from major sites in Pyongyang, suggesting North Korea is eager to continue denuclearization talks with the United States.

At the Pyongyang Cosmetics Factory on Saturday, many reporters, who are visiting Pyongyang to cover North Korea's 70th founding anniversary on Sunday, were excited to learn about the country's beauty and health businesses.

The factory, established in the 1960s, has been renovated in recent years, bolstering its productivity. It has generated various goods, including soap, shampoo and perfume, as well as makeup, skincare, men's cosmetics and anti-aging projects. 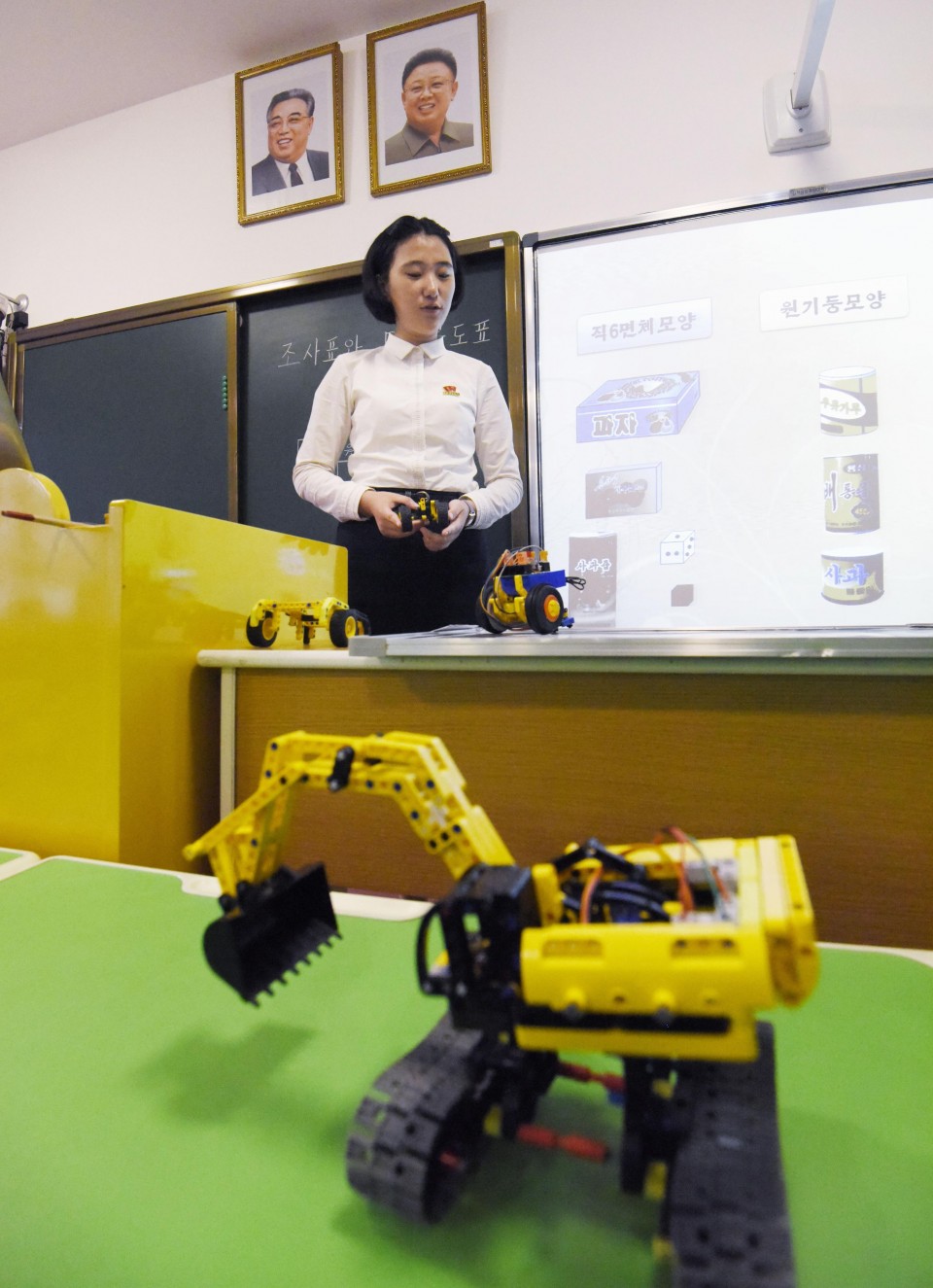 These products, bearing the brand name "Unhasu," have become popular abroad, being exported to five countries including Russia, China and Iran, a female worker at the factory said.

"We are ready to complete with overseas cosmetic companies," she said, voicing confidence in the quality of the factory's goods.

On Friday, foreign reporters and photographers were permitted to visit the Pyongyang Teacher Training College, which uses state-of-the-art technologies for the training of future schoolteachers in a possible world first.

The mostly female students were studying how to educate kindergartners and primary school children with the aid of virtual reality and 3D display devices.

The college students were utilizing projection mapping, in which images are mapped onto 3D objects, and augmented reality, a technology that overlays digital images onto the real world.

Meanwhile, when only a group of Kyodo News reporters was granted access to the college in April, a panel saying, "The historic feat of completing the state nuclear force," was on display in the college. This time, however, it had been removed.

Although colorful signs with the words "Cerebrating the 70th anniversary of founding" have been put up along Pyongyang's main roads, slogans or signs criticizing its adversary the United States have not appeared in the capital.

On Thursday, foreign media were also shown King Tongmyong's tomb in a Pyongyang suburb, a part of the Complex of Koguryo Tombs -- North Korea's first world heritage site. King Tongmyong was the founder of the ancient Koguryo dynasty.

The Koguryo dynasty, which ruled from B.C. 37 to A.D. 668, was the largest of the Three Kingdoms of Korea, located in the northeastern Chinese region of Manchuria and the northern part of the Korean Peninsula.

The tomb and mural complex have gained popularity since they were designated a world heritage site in 2004 by the U.N. Educational, Scientific and Cultural Organization, locals say. 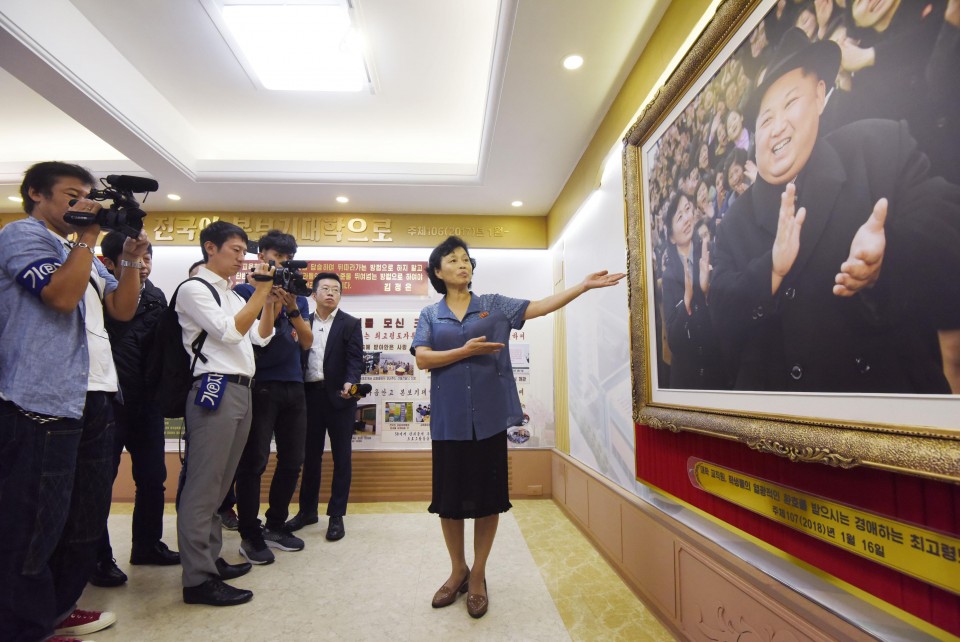 Last year, an anime series featuring King Tongmyong, one of the legends of Korean history, enjoyed popularity across North Korea.

"We want more people to visit this historic site," a female guide at the tomb said.

A person familiar with the situation on the Korean Peninsula said, "By showing its cultural legacy and advanced technologies to foreign media, North Korea may be trying to invite tourists and investment from other countries."

"This will help North Korea obtain foreign currencies, which would contribute to the nation's economic growth," the source added.

North Korea is aiming to attract 2 million foreign visitors in 2020, as some political experts say it has struggled to acquire foreign currency amid international economic sanctions aimed at stopping Pyongyang's development of nuclear weapons and missiles.

In April, the ruling Workers' Party of Korea said, "We will concentrate all efforts on building a powerful socialist economy and markedly improving the standard of people's living through the mobilization of all human and material resources of the country."

In his first public speech as North Korea's leader in April 2012, Kim promised to ensure that "the people will never have to tighten their belts again," expressing his intention to tackle poverty through adequate food provision.