Foreign caregiving trainees to get financial aid to study Japanese

The labor ministry will launch a new system to financially aid foreign trainees in the field of caregiving in learning Japanese and acquiring technical knowledge amid growing demand for such foreign workers, ministry officials said Monday.

Foreign trainees are expected to make up for a labor shortage in the field of caregiving in Japan, but their jobs require greater proficiency in communicating in Japanese than other business fields. To attract more foreign trainees to the country, the government aims to improve their environment for studying the language.

The Ministry of Health, Labor and Welfare has requested a budget of 1.3 billion yen ($11.6 million) for the fiscal year starting next April. 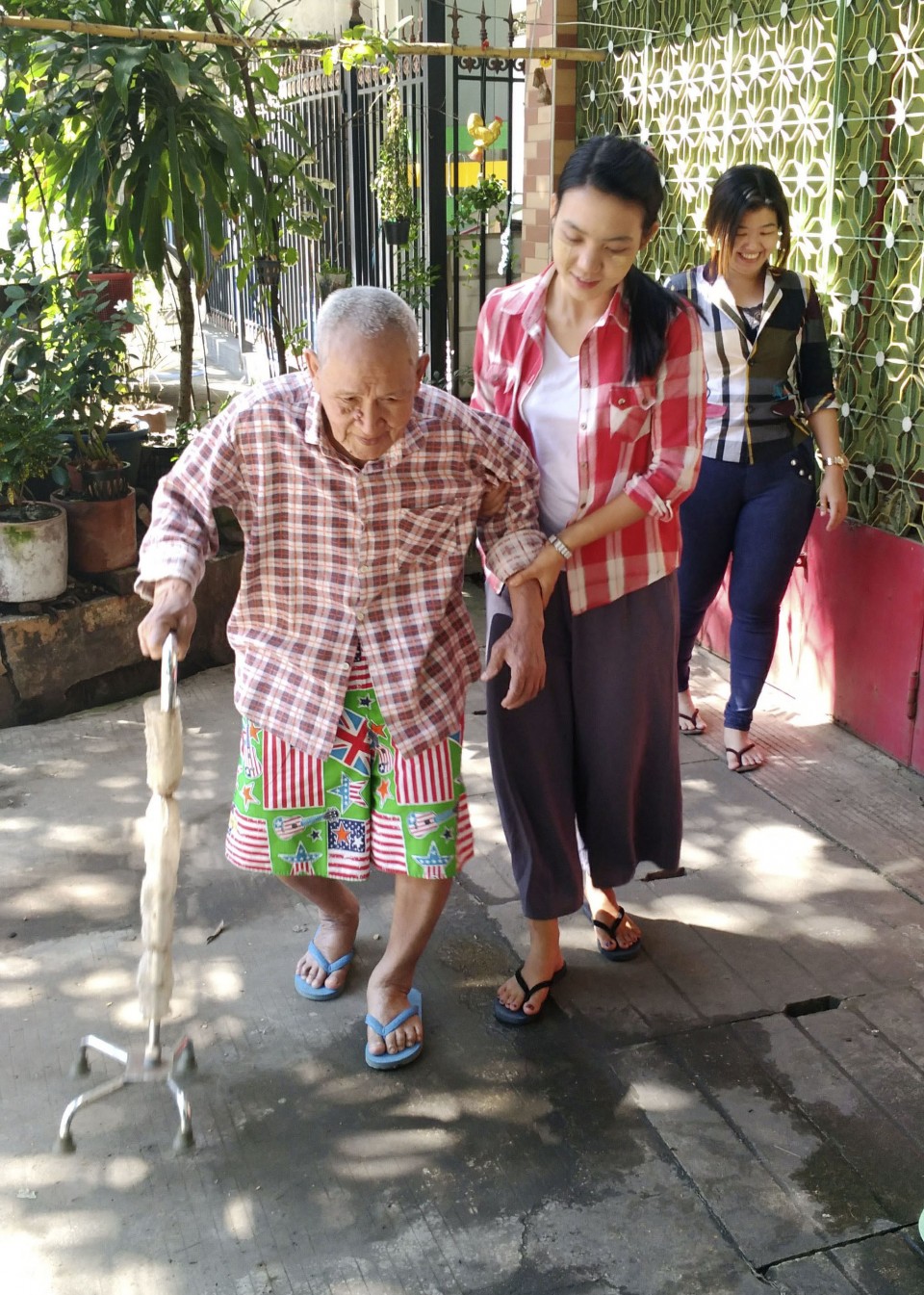 (A woman, 2nd from left, who wants to become a caregiving trainee in Japan helps a man walk in Yangon, Myanmar)
[Photo courtesy of Polestar Kaigo Service Co. in Yangon]

According to the ministry, facilities accepting foreign caregiver trainees will be entitled to receive the subsidy through each prefecture. The amount of financial assistance per capita will likely be decided when the Cabinet compiles the budget draft at the end of the year.

Foreign caregivers may receive a subsidy for attending Japanese language schools as well as purchasing related study materials to take Japanese-Language Proficiency Tests, while those who dispatch Japanese language teachers to caregiving facilities will also qualify for the aid.

Foreign caregiving trainees need to understand basic Japanese equivalent to the "N4" level under the five-category Japanese-Language Proficiency Test, in which the "N1" is the highest level, when entering Japan. In their second year, they have to pass the "N3" level.

The ministry is also considering some remedies to allow second-year trainees who failed N3 to stay in the country.

The government is aiming to start accepting more foreign workers from April by introducing a new status of residence in such sectors as nursing care, agriculture, construction, lodging and shipbuilding, where labor shortages are particularly serious.

Japan introduced the training program for foreigners in 1993 with the aim of transferring skills to developing countries. But the scheme has faced criticism at home and abroad as a cover for importing cheap labor.