Ohtani goes from heartbreak to heroics in remarkable debut season

When two-way player Shohei Ohtani had his biggest batting game of the season hours after hearing he would need Tommy John surgery on his right elbow, his Los Angeles Angels teammates were not that surprised.

Ohtani learned on Sept. 5 that he would need the procedure to reconstruct the ulnar collateral ligament in his right elbow, and the slugging left-handed hitter went 4-for-5 with a pair of towering home runs, a walk and a stolen base. It was just part of an offensive tour de force that earned the 24-year-old his second American League Player of the Week Award. 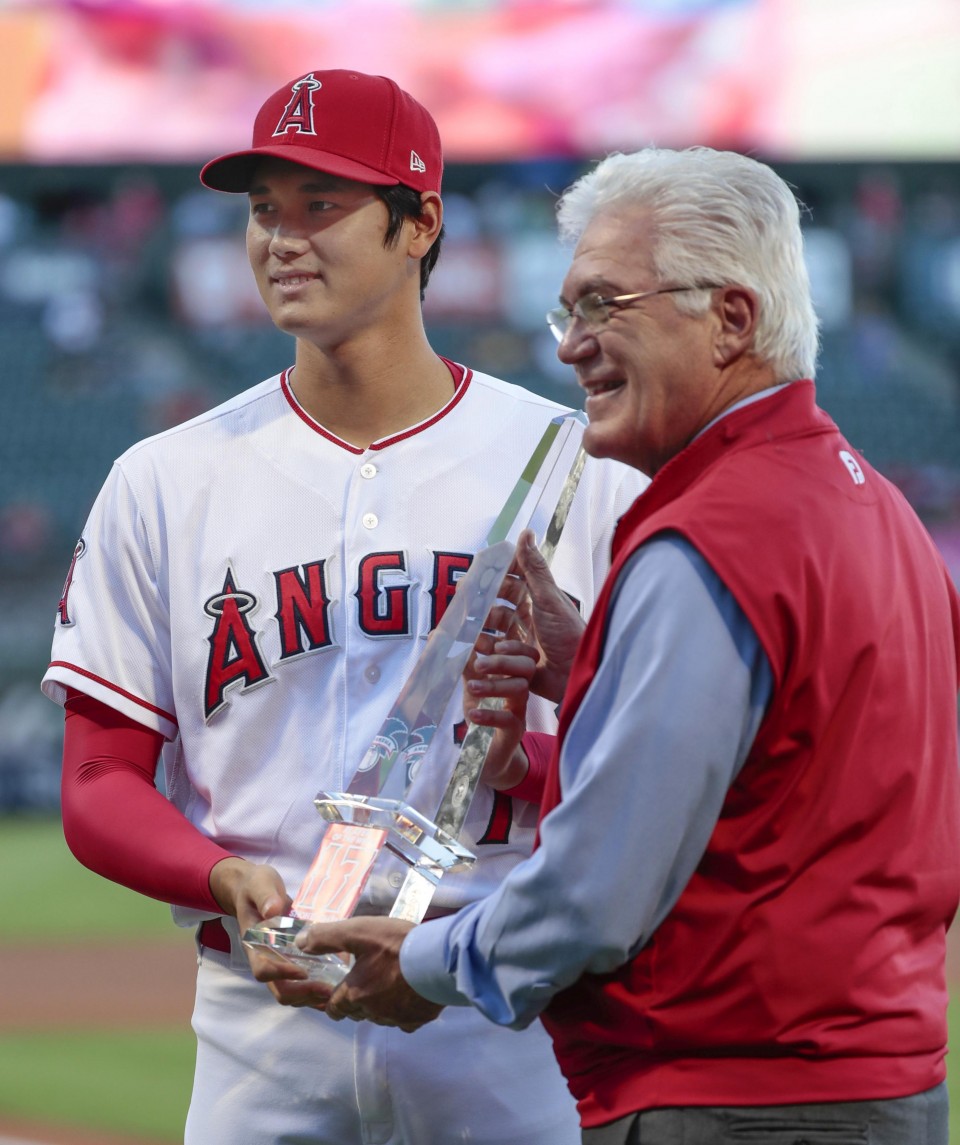 "It's kind of surprising, but once you look at his character, it's really not," shortstop Andrelton Simmons told Kyodo News five days later when the league's weekly honors were announced.

Rookie second baseman David Fletcher, who was called up after the start of the season, marveled at Ohtani's ability to switch off the bad news and just hit.

"To be able to do what he does, to pitch and hit, you know how physically talented he is, but to get that news and do what he did? That's more than physical skill, that's mental toughness."

Ohtani's agent Nez Balelo, who was in town to make sure Ohtani truly understood the implications of the various medical options available to him, agreed with Fletcher.

"How many players could get that kind of news and go out and have the game he had, the week he had?" Balelo said the following day at Angel Stadium.

"The ability to shut off that bad news and focus is extremely rare. If you watched him hit in that game, his eyes looked different. He was going to do something special. He was concentrating so hard, like he was going to show people, like it was his chance to make his mark on the game."

From Simmons' perspective, Ohtani is all about focus and being a part of the team.

"When you see him every day, it doesn't surprise you anymore, because he's a professional," Simmons said. "He goes out there, he prepares, he takes his job very seriously. He's trying to win. Whenever he has an opportunity to help the team, he's doing his best. He's focused, he's locked in."

Simmons was aware of Ohtani before the Angels signed him and said the sixth-year pro who moved to Major League Baseball as an amateur has become the player he had seen glimpses of in Japan.

"I knew about him. I played in Japan a little bit," said Simmons, who was with the Dutch national team in their World Baseball Classic quarterfinal pool at Tokyo Dome. 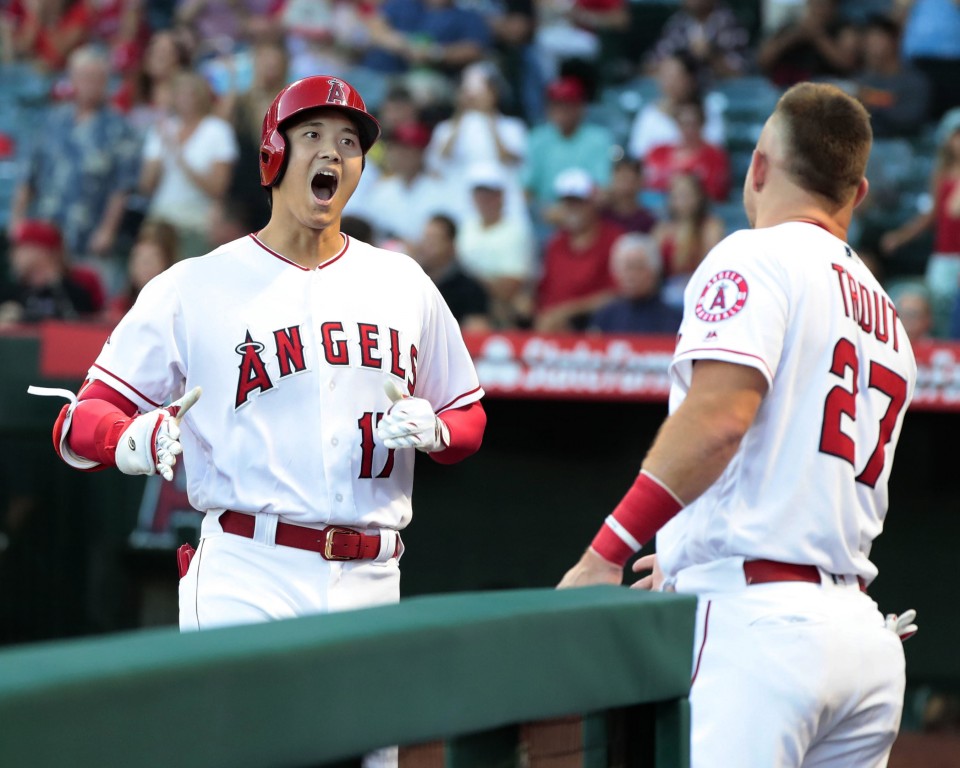 "I'd heard about him a lot. I saw highlights of him before he came over. I knew what type of player he was, but I didn't see him play consistently every day. That's the only difference. I knew what he was capable of doing, and once the light turned on he's a big player."

"I was kind of surprised (he chose the Angels), because there were a lot of big teams after him. I'm glad he's here."

The Angels were one of seven teams selected to give presentations and Balelo refused to cite anything that made the Angels presentation stand out from the crowd.

"All the teams were passionate and thorough," he said. "With the Angels, I think Shohei just felt a connection with the people who were there in the room." "They're good people," Balelo said.

"I think we've got a pretty good group, that's kind of easy going, pretty open, friendly," Simmons said. "The guys get along pretty well. He seems pretty relaxed. Of course, it took him a little time to adjust to try and learn the language and communicate and now we can communicate pretty easy with him, so I think he feels pretty much at home now." 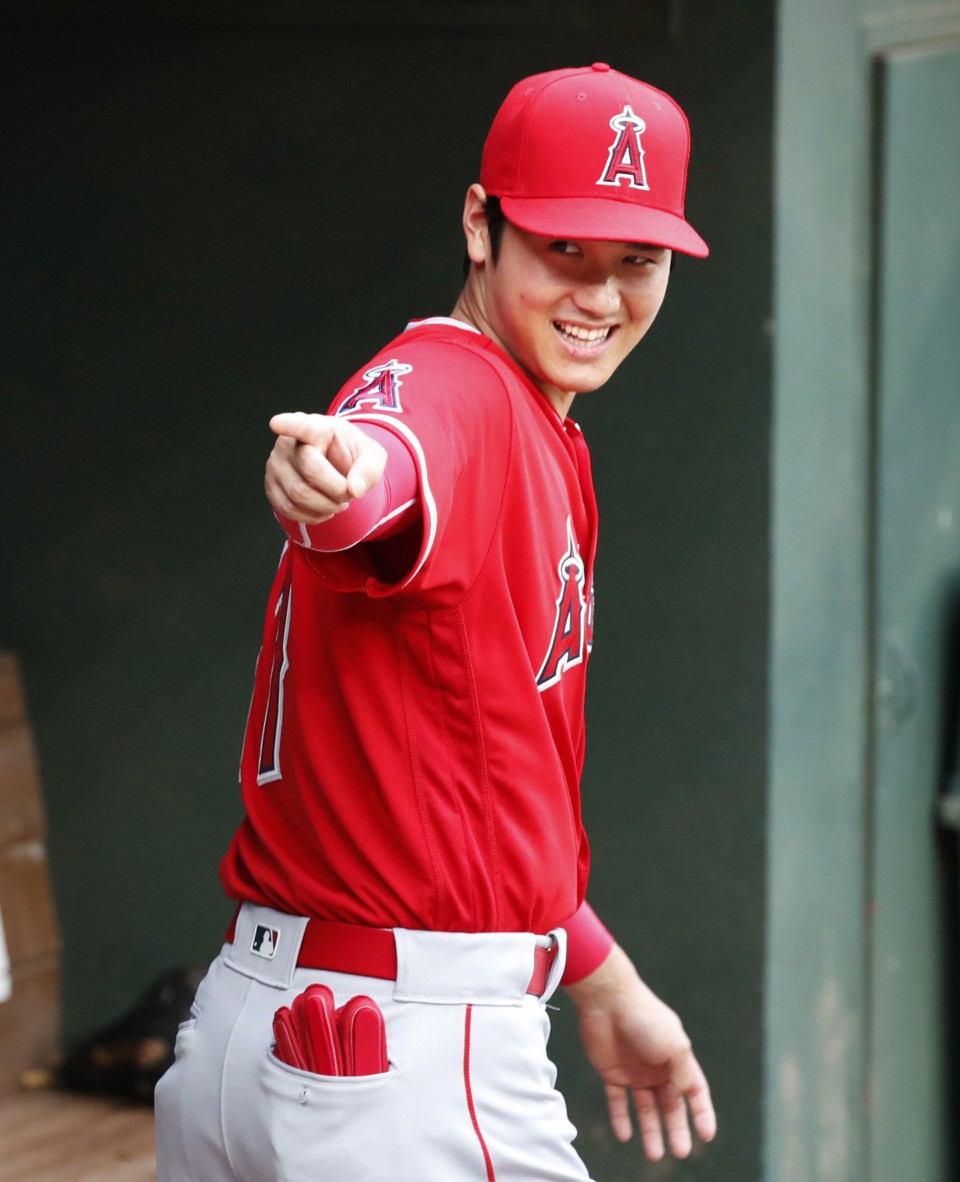