A new-look Japan side gave manager Hajime Moriyasu a winning start to his tenure on Tuesday night, beating Costa Rica 3-0 in an international friendly.

Takumi Minamino and Junya Ito netted maiden international goals in the second half at Panasonic Stadium Suita, ensuring a comfortable victory in the Kirin Challenge Cup match following an early own goal by Costa Rica.

The 50-year-old debutant manager lauded his side for an adventurous performance in which they dominated shots on goal 17 to five and kept their opponents backpedaling for most of the match.

"The players really fought well and ran hard. This team has only just started. I want to aim high and constantly think about how we can improve," said Moriyasu.

The Olympic team head coach since last year, Moriyasu was an assistant to Samurai Blue predecessor Akira Nishino at this year's World Cup in Russia. He was appointed head of the senior men's team in July. 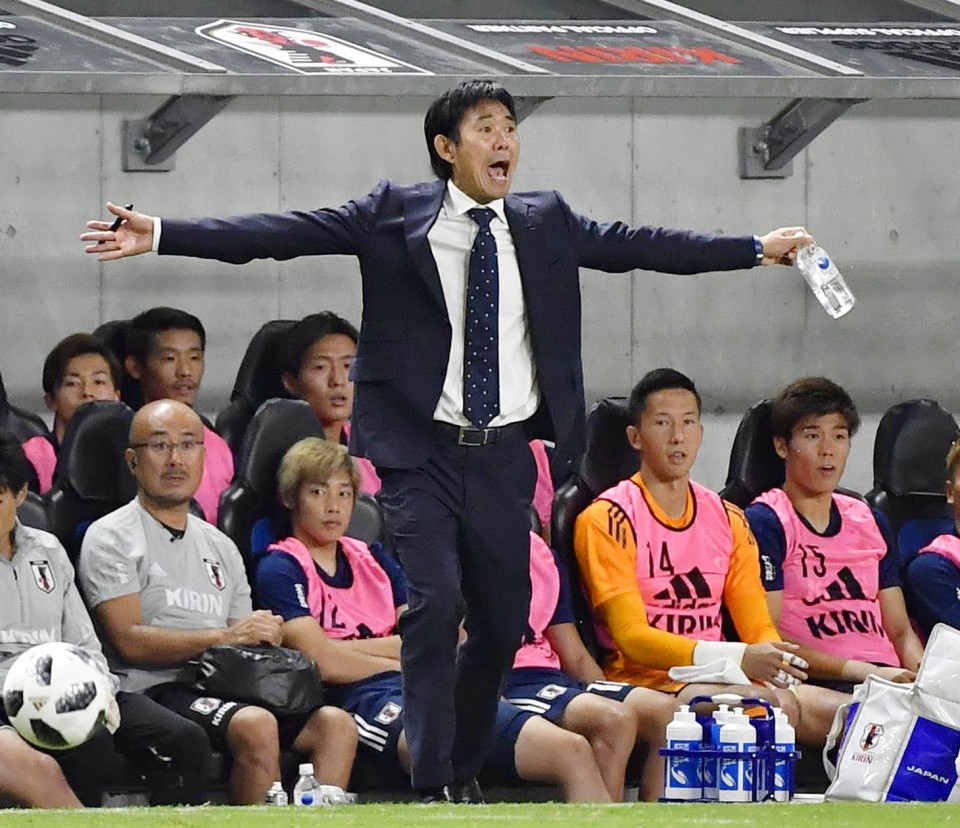 His debut at the helm of the senior side was put on hold for four days after the powerful earthquake in Hokkaido last Thursday forced the cancellation of a friendly against Chile scheduled for the following day in Sapporo.

Opting to give Japan's biggest names an extended break from national duties following the World Cup, Moriyasu selected a starting 11 drawn mostly from the J-League, with a few Europe-based players in the mix.

Donning the No. 10 jersey, Portimonense playmaker Shoya Nakajima was the fulcrum of Japan's attack, while 20-year-old FC Groningen midfielder Ritsu Doan made an impressive Samurai Blue debut starting on the right side.

Sanfrecce Hiroshima midfielder Toshihiro Aoyama became the first to wear the captain's armband since longtime skipper Makoto Hasebe's retirement after Japan's exit in the World Cup round of 16.

The Samurai Blue took the lead in the 16th minute after Sho Sasaki nodded a Nakajima corner toward the goal mouth, where midfielder Bryan Oviedo headed into his own net with a botched clearance. 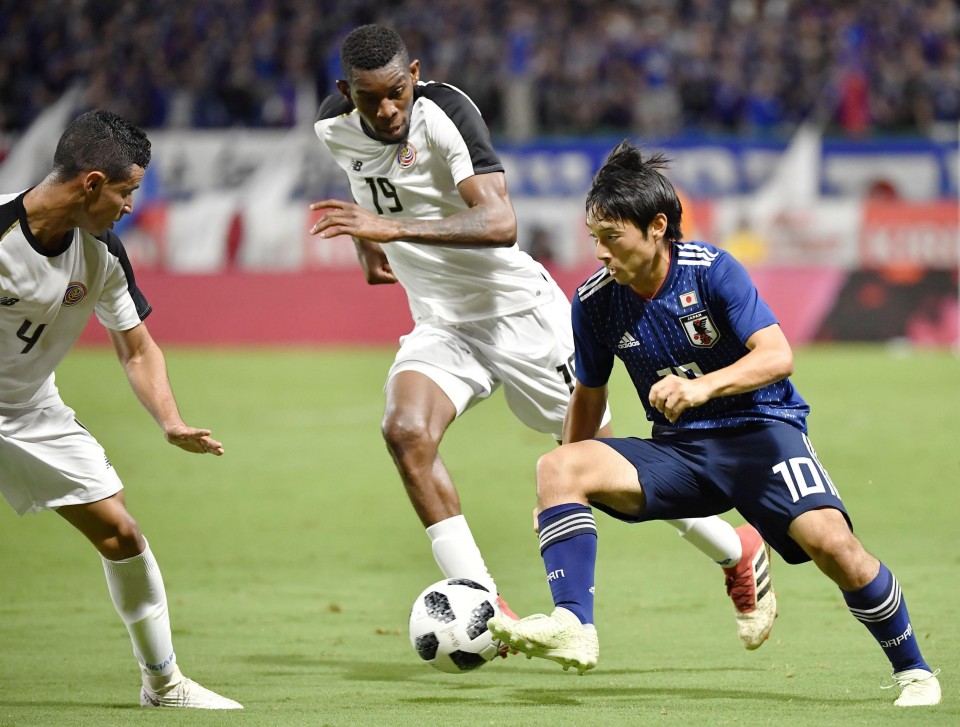 Red Bull Salzburg forward Minamino made his first Japan game since November 2015 a memorable one in the 66th minute, threading a shot from the left side of the box through a crowd of defenders and past Costa Rica keeper Leonel Moreira.

Late substitute Ito put the icing on the cake in the third minute of injury time. After breaking down the right wing, the Kashiwa Reysol midfielder dummied a defender at the edge of the box before dribbling across goal and blasting a left-footed shot into the back of the net.

Doan almost scored on debut in the 59th minute but was denied by Moreira from close range after being put through one-on-one against the keeper.

The Netherlands-based midfielder's strength and dribbling prowess made him a tough assignment for opposing defenders. He constantly looked to attack, forming a dangerous three-way combination with Nakajima and Aoyama.

A product of the Gamba Osaka academy, Doan received an ovation from fans at the J-League club's home stadium when he was substituted for Ito in the 85th minute.