The Japan Football Association said Thursday it has canceled the international friendly scheduled for the following night between the Samurai Blue and Chile at Sapporo Dome due to the powerful earthquake that struck Hokkaido earlier in the day.

The Kirin Challenge Cup game was to be Hajime Moriyasu's first in charge of the senior side since the Olympic head coach was appointed to the top job following this year's World Cup in Russia.

"It's unfortunate, but you can't compete against a natural disaster," Moriyasu said. 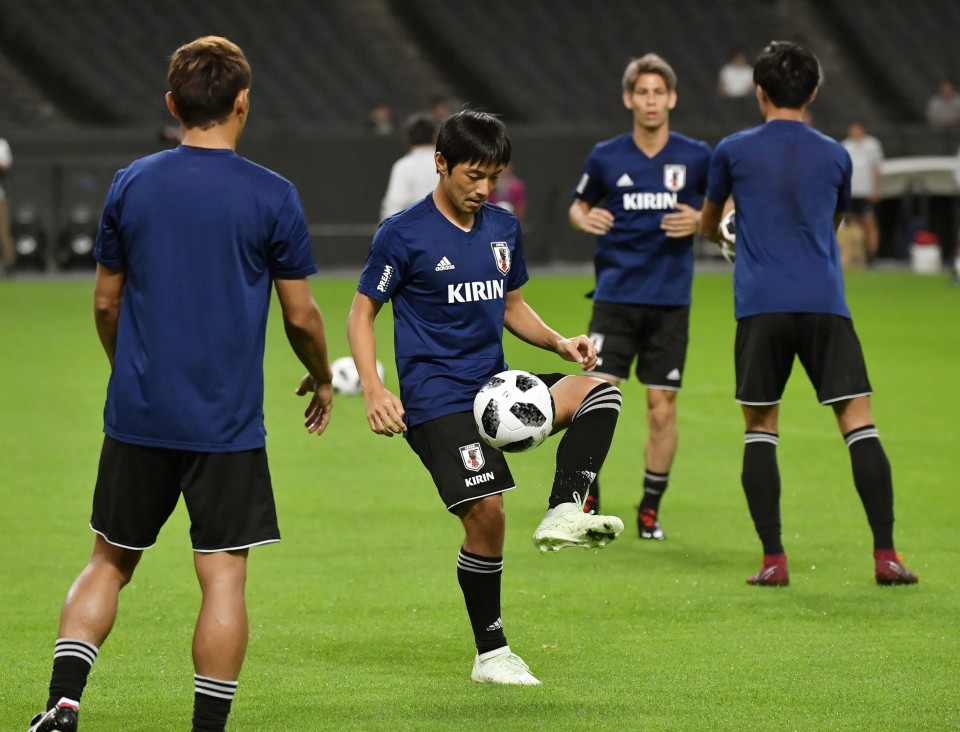 (Japan players train on Sept. 5 before their match against Chile is cancelled)

The magnitude 6.7 earthquake that rocked Japan's northernmost main island early Thursday cut off roads and caused massive landslides, leaving at least nine people dead and about 30 others missing. More than 300 people were hurt in areas including the prefectural capital Sapporo.

The JFA earlier in the day said all national team players and staff staying in Sapporo were confirmed safe. All Chilean players and team staff were also accounted for.

"I've never felt one as big as that in my life," said Japan and Hannover forward Takuma Asano.

When Sapporo Dome was closed, practice there was scrubbed and after no alternative venues were found the players went to a local park and warmed up for about 30 minutes.

After that Moriyasu told the players, "Do their best in the current circumstances. We can only give people courage by playing soccer, but we must open our hearts to those who have been affected."