Grand champion Kisenosato made a winning return on Sunday at the Autumn Grand Sumo Tournament after missing a record-setting eight consecutive meets due to injury.

Mongolian grand champions Hakuho and Kakuryu followed Kisenosato by winning their respective bouts on the first day of the 15-day tournament at Tokyo's Ryogoku Kokugikan. All three yokozuna competed together for the first time since January. 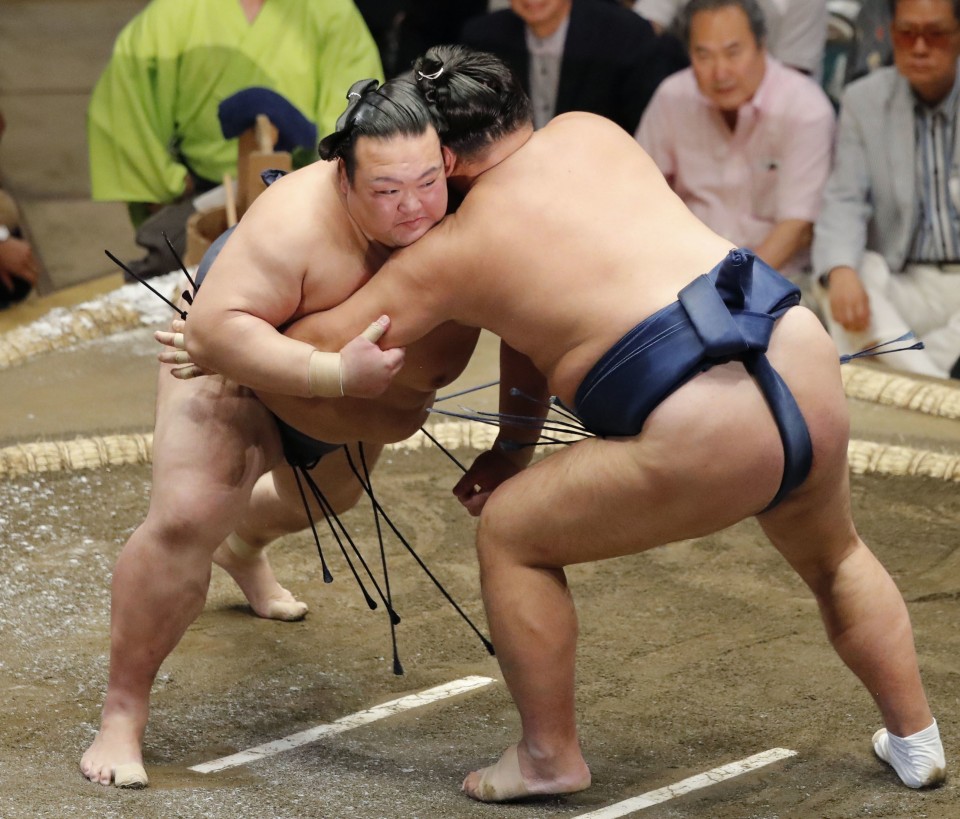 Kisenosato has his career on the line after missing all or part of the last eight tournaments due to a left chest muscle injury, but he managed to open the tournament with a convincing win over top-ranked maegashira Ikioi.

In front of a cheering crowd, Kisenosato, the first Japanese-born wrestler in 19 years to gain promotion to sumo's highest rank, wrapped his arms around Ikioi and charged him out of the ring.

"I was able to concentrate on my bout today," Kisenosato said. "But today is today, so I will keep my focus starting tomorrow."

Hakuho beat Tamawashi, slapping the komusubi's face for a belt-hold and a quick push out, while Kakuryu drove out komusubi Takakeisho in the day's final bout. 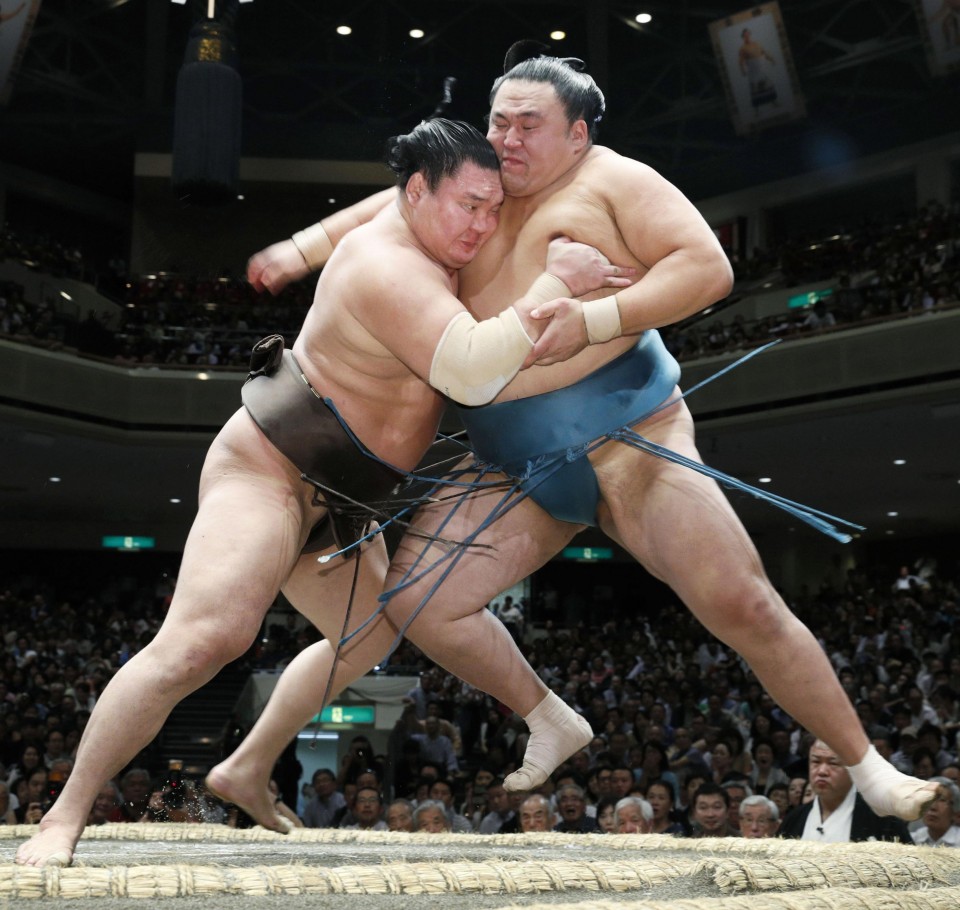 Ozeki Tochinoshin posted an easy win over No. 2 Chiyotairyu by charging him toward the edge and lifting him over the straw. The Georgian, who is fighting in his second meet since being promoted, is fighting as a demotion-threatened "kadoban" ozeki and needs at least eight wins to maintain his status at the next grand tournament.

Sekiwake Mitakeumi, who won his first career championship in July, started his campaign for a second-straight championship and promotion to ozeki by beating No. 3 Shodai.

Mitakeumi was pushed toward the edge by the 162-kilogram Shodai, but he bounced back and shoved him out before any harm was done.

In a bout between No. 14 maegashira wrestlers, makuuchi-division debutant Takanosho overcame a 36-kg weight disadvantage to earn his first win over Chiyomaru.

"I'm really happy. I was very nervous at first, but I was able to calm myself down after I got on the ring," Takanosho said. "My goal here is to wrestle like I always do and finish with a winning record." 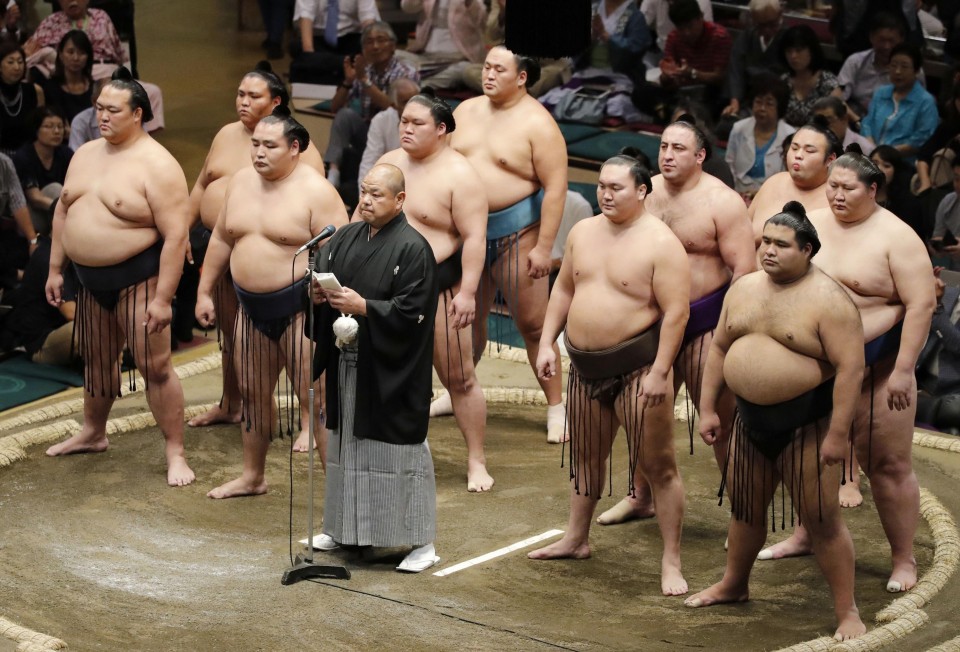