The neon lights of Sapporo's famed Susukino entertainment district were shrouded in darkness Thursday night, the area's revelers replaced by people huddled in hotel lobby entrances or queuing for water and other bare essentials following the powerful earthquake that jolted Hokkaido.

Power outages wrought havoc across the city as people sought out food and means of transportation, including sharing taxis from remote airports to the metropolis, after the damaged New Chitose Airport, the main gateway to Japan's northernmost main island of Hokkaido, was closed.

Travelers from various countries and other Japanese regions were supplied with blankets as they were forced to sit with family or friends in dimly lit hotel lobbies after the widespread blackout left hallways and rooms darkened. 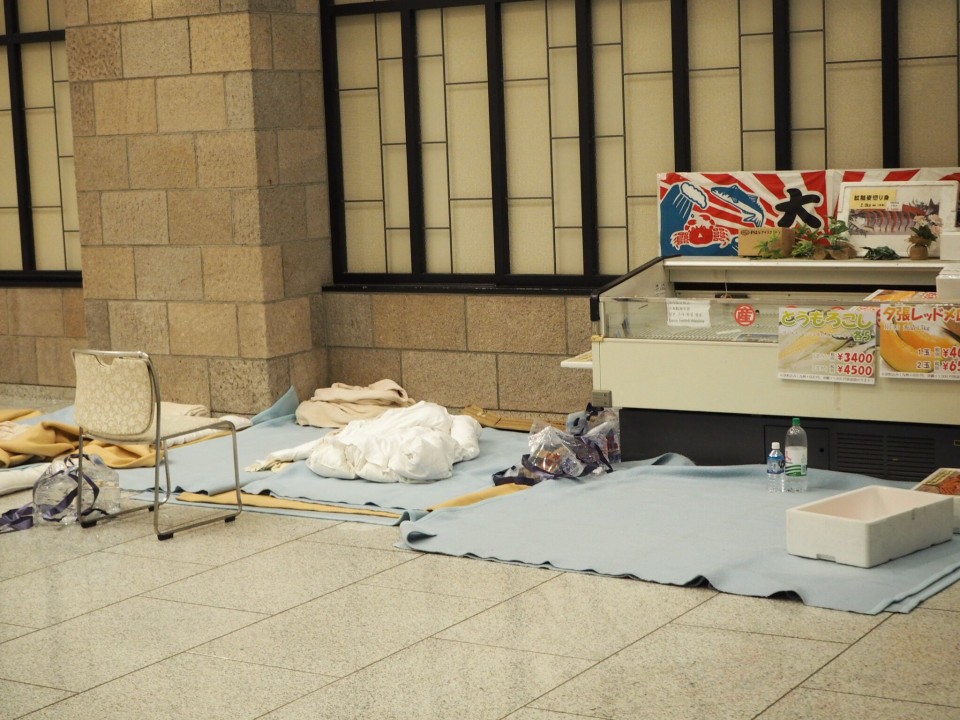 In Susukino, Sapporo's nightlife hub where partying normally goes into the early hours, the neon light that frames the district's famous landmarks like the Nikka Whisky billboard, was conspicuously absent. Even a 24-hour McDonald's had to be temporarily closed for lack of supplies.

One Sapporo resident who was selling soda in palm tree-shaped glasses while illuminated by lights powered by his nearby car said he was there to lighten the mood of people who probably have never experienced a prolonged blackout like this.

More on the Hokkaido earthquake:

"A lot of people from Sapporo have never experienced anything like this. So, when something like this happens, they panic," said Naoya Suda, 48, an event organizer. "We don't normally have blackouts that last this long, so I think for a lot of people this is very troubling."

"There's no electricity, plus food is in short supply in convenience stores, if they're even open, so people don't have anything to eat. For me, as long as I can put gas in my truck I can generate power. We don't know how many days we'll be like this," he said, adding that he is selling his sodas for 100 yen less than normal due to the dire circumstances. 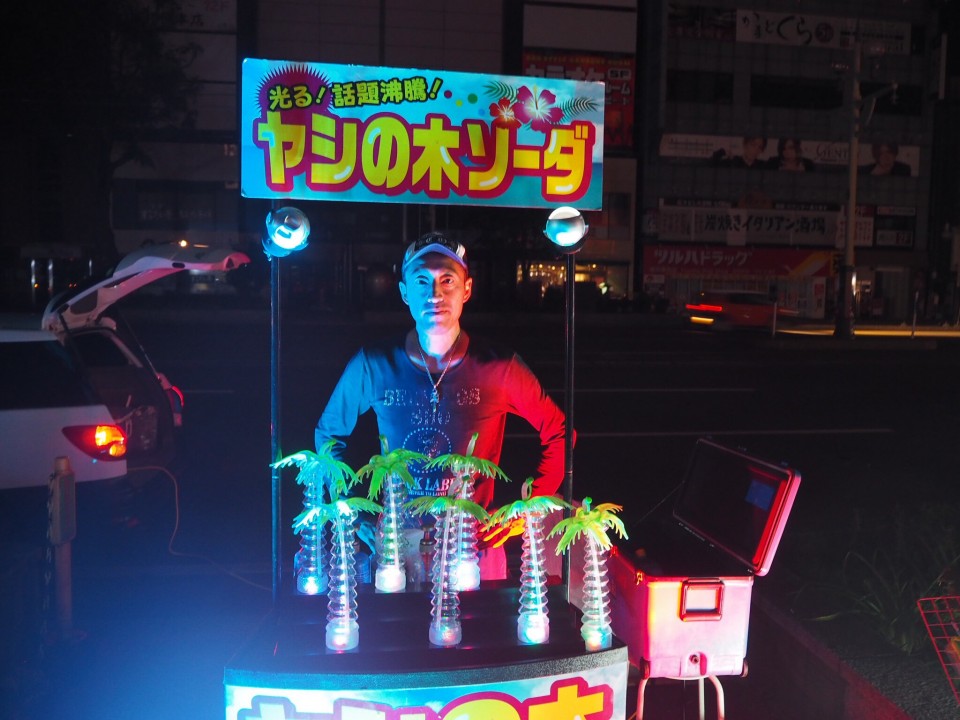 Even though certain blocks in the district gave off an eerie ghost-town feel and many people were finding it difficult to find food and water, one foreign resident of Sapporo said the blackout was not all bad news.

"I just got back from holiday and it's the first time I can see the stars in Sapporo. It's awesome," said Ben Bogner, 30, who is in Japan on a working holiday from Germany.

"During the earthquake, I was in Makkari (Hokkaido) visiting a friend and I came here today by car. I heard that there was no power anywhere, so I was like that might be cool."

Earlier in the day, people searched for power outlets to charge smartphones and other electronic devices, including around 600 citizens who waited in line in front of the Sapporo City Ward office to use about 70 outlets the city made available. But the power supply was cut off around noon.

"I only have a little power left in my phone," said one Japanese woman in her 40s. "There'll probably be aftershocks, and I'm really in trouble without any information on my smartphone."

Hokkaido Electric Power Co. said it would take at least a week for it to restore power to all of its service areas.

The 3:08 a.m. quake cut power supplies to all 2.95 million homes and a nuclear power plant in the prefecture while grounding flights and disrupting train services, although electricity was later returned to some areas.